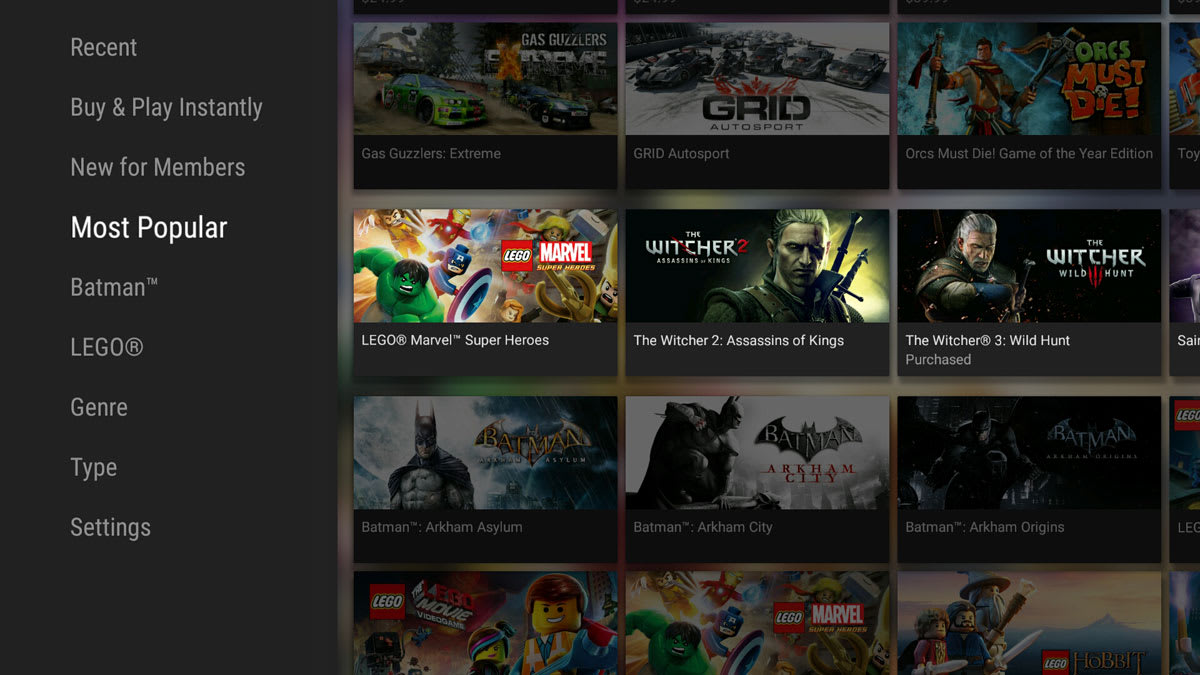 NVIDIA's GRID service wasn't the be-all, end-all of its cloud gaming ambitions... if anything, the company was just getting started. The crew in Santa Clara has unveiled GeForce Now, an $8 per month subscription service that streams PC games to all of NVIDIA's Shield devices, ranging from the original handheld through to the Shield TV. It's still streaming at GRID's 1080p resolution and 60 frames per second, but you'll get a brand new interface with better parental controls. There are over 50 (mostly) major titles to start, including most of the Batman games (but not Arkham Knight), numerous Lego games and Ultra Street Fighter IV. You can buy other games outright, such as The Witcher 3, and there are promises of future games reaching GeForce Now as soon as they launch. The service goes live on October 1st in the US. It's tempting, especially if you're rocking a Shield Tablet and want to play some "big" games when you're away from your computer. However, the selection is pretty thin at this point, reminding us more than a little of OnLive's troubles -- it may be tough to justify that rate when you could run out of games to play, or risk missing out on the blockbuster title you really wanted to try. And of course, this won't help much if you're using non-NVIDIA hardware. NVIDIA touts GeForce Now as a Netflix for games, but it might be hard to appreciate unless there's a Netflix-sized catalog to keep you coming back.

Don't worry if you're not bent on subscribing, though, as there are still a few extra pieces of good news for Shield fans. The Shield TV is launching in the UK and several other European countries as of October 1st. In the US, it'll be available as an accessory to Google Fiber customers in Austin, Kansas City (Missouri) and Provo. The GeForce Now software update will also bring Spotify music casting from mobile devices, lossless surround sound audio and speed boosts for more video formats.

Source: NVIDIA
In this article: games, gaming, geforcenow, grid, hdpostcross, internet, nvidia, shield, shieldtablet, shieldtv, streaming, videogames
All products recommended by Engadget are selected by our editorial team, independent of our parent company. Some of our stories include affiliate links. If you buy something through one of these links, we may earn an affiliate commission.