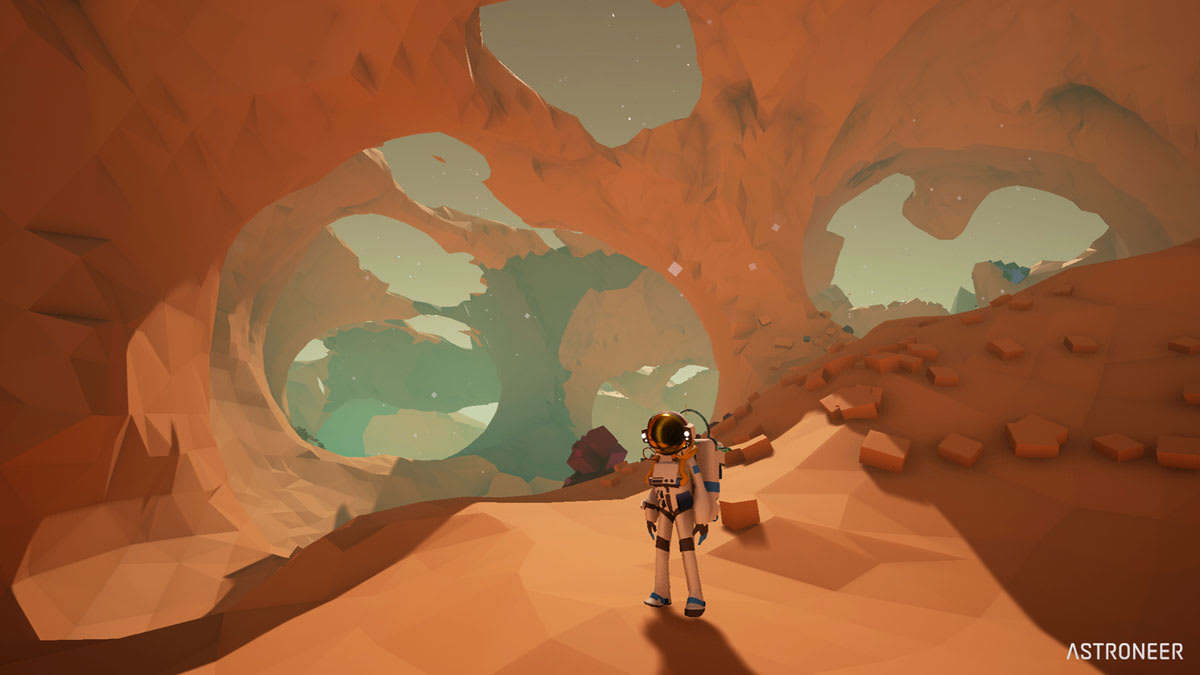 Games like Kerbal Space Program are great at depicting the challenges of getting to another planet, but there isn't usually much to do when you arrive beyond planting a flag. Wouldn't it be nice to really, truly explore those alien worlds and make them your own? System Era may just give you that chance. Its upcoming Astroneer has you exploring and harvesting resources from vast, procedurally generated planets. You not only have to brave hostile conditions (including The Martian-like storms) and build up your base, but shape the very surface you're walking on. You can level hills, carve out tunnels and dig out artifacts buried in the soil -- think of it as Minecraft in an unfamiliar, unforgiving landscape.

The game is still in early development, and it's only poised to hit Windows PCs (via Steam) at an undetermined point in the future. However, it's pretty promising at first glance. The design gives you a sense of how daunting (and fascinating) real planetary exploration would be, and its purposefully simple look gives it character that you wouldn't get if System Era was striving for absolute realism. There's no guarantee that the finished product will play as well as it looks, of course. However, the Astroneer team includes people from big-name developers like 343 Industries, Ubisoft and Valve (among others), so there's a real chance that the game will live up to the early hype.

Via: Shacknews
Source: Astroneer
In this article: astroneer, exoplanet, exploration, gaming, planet, space, systemera, systemerasoftworks, video, videogames
All products recommended by Engadget are selected by our editorial team, independent of our parent company. Some of our stories include affiliate links. If you buy something through one of these links, we may earn an affiliate commission.