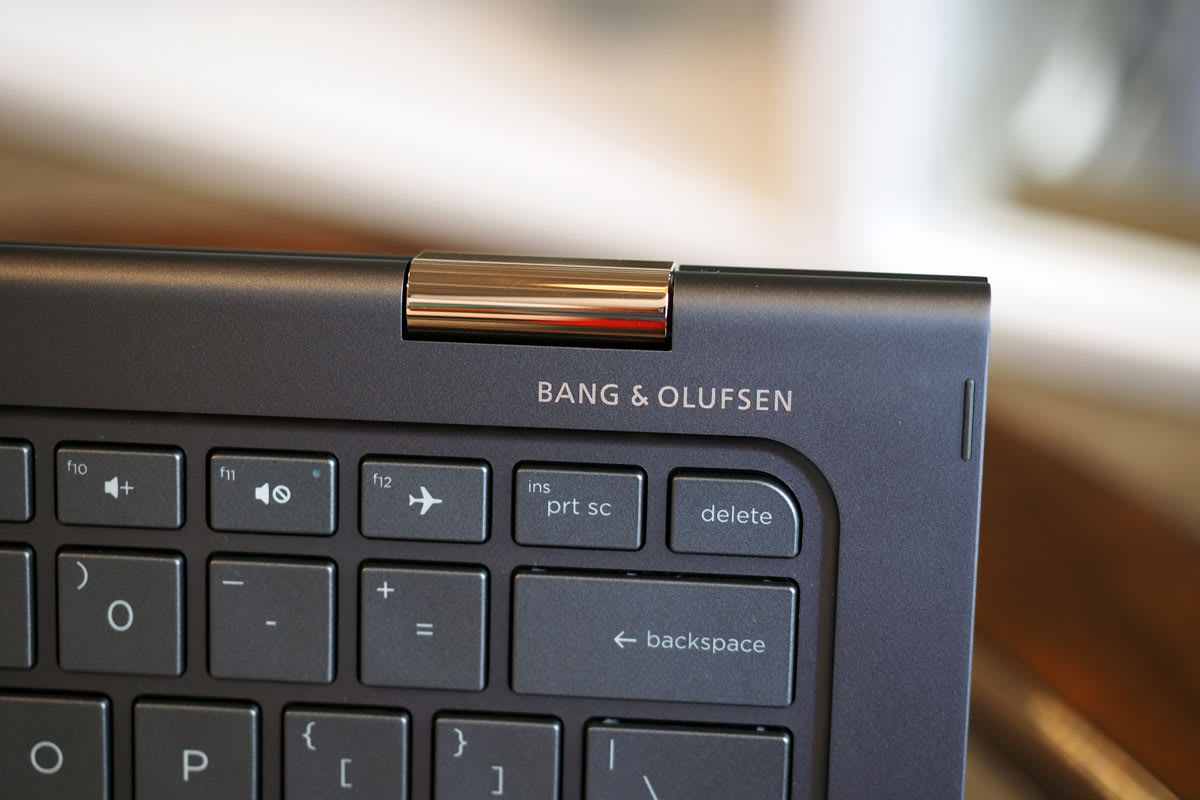 Of all the products HP is announcing this morning, its Surface Pro competitor is likely to get the most attention. That said, the company's new line of PCs doesn't end there. HP is making some minor tweaks to its premium Spectre x360 convertible, which we liked very much the first time around. For those with simpler tastes, the firm unveiled a new thin and light notebook that keeps its weight (and waistline) down by forgoing a touchscreen and sticking with a basic clamshell design. And, completing the gamut, HP also introduced some new all-in-one desktops.

Starting with that thin-and-light, the Envy 13 weighs in at 2.8 pounds and measures a slim 12.95mm (0.51 inch) thick, all while packing full-fledged sixth-gen Intel Core i3, i5 and i7 processors (none of this watered-down Core M business). It also promises up to 10 hours of battery life, which, if accurate, would be impressive for a laptop this thin. Additionally, the metal chassis has a rounded hinge that lifts the machine off the ground when the lid is open -- a design touch that's not just pretty, but should also help keep the bottom side cool. Other perks include Bang & Olufsen audio and a fingerprint reader that allows users to take advantage of Microsoft's Windows Hello biometric login. That can't be said of all new notebooks -- heck, even HP has some new models that don't make the cut for Hello. The main trade-off, as I mentioned, is that the screen is a non-touch panel -- with a thick bezel to go with it. Expect the Envy 13 to ship on October 18th for $850 and up. 20
As for the x360, it looks the same as ever, with a 3.2-pound, CNC-machined aluminum body and a 360-degree hinge that allows the 13.3-inch touchscreen to fold back into tablet mode. Under the hood, however, HP has upgraded to sixth-gen Core processors. Thanks in part to those new CPUs, battery life is now rated between 13 and 15 hours, up from 12.5 in the original. Why the two-hour range, you ask? It seems HP padded its estimates to account for whether the system has an i5 or 7 processor, and either a Full HD or Quad HD display. In addition, the x360 is now available in a special Bang & Olufsen edition (pictured above), with an "Ash Silver" color that to my eyes looks like dark a metallic brown-gray with gold accents. The refreshed version starts at $900, the same price as before, though the Ash Silver version will start at $1,300 when it arrives on November 8th. Finally, HP also trotted our three new desktops, including two plainer ones and one with a curved display. The curved model, aptly called the Envy Curved All-in-One, has a 34-inch, 3,440 x 1,440 panel with a 21:9 aspect ratio and a tilting hinge that allows the screen to dip 25 degrees. The screen is also Technicolor-certified, promising high color fidelity. Under the hood, it runs sixth-gen Core i5 or i7 processors with either 8GB or 16GB of RAM and an optional NVIDIA GTX 960A graphics card. Storage options include a 128GB solid-state drive, up to a 2TB HDD or a hybrid disk. For the money, it also has six Bang & Olufsen speakers and a RealSense camera setup that, like some of HP's other PCs, allows the user to log in through Windows Hello -- this time through facial recognition. It lands on November 8th starting at $1,800, making it far more expensive than the other two desktops HP announced.

Speaking of the sort, the new Envy all-in-one comes in 23.8- and 27-inch screen sizes, with a flat screen that can be configured with up to 4K resolution. Other than having a more traditional screen, the specs are somewhat similar to the curved model, in that you get a sixth-gen Core processor; up to 16GB of memory; your choice of an SSD, HDD or hybrid disk; a Technicolor-certified screen; and Bang & Olufsen audio, albeit with four speakers here instead of six. Look for them on November 1st, starting at $1,000 for the Envy 24 and $1,200 for the 27.

In this article: all-in-one, BangAndOlufsen, envy, envy13, envyall-in-one, envycurvedall-in-one, hands-on, hp, hpenvy, HpEnvy13, hpspectrex360, spectrex360
All products recommended by Engadget are selected by our editorial team, independent of our parent company. Some of our stories include affiliate links. If you buy something through one of these links, we may earn an affiliate commission.