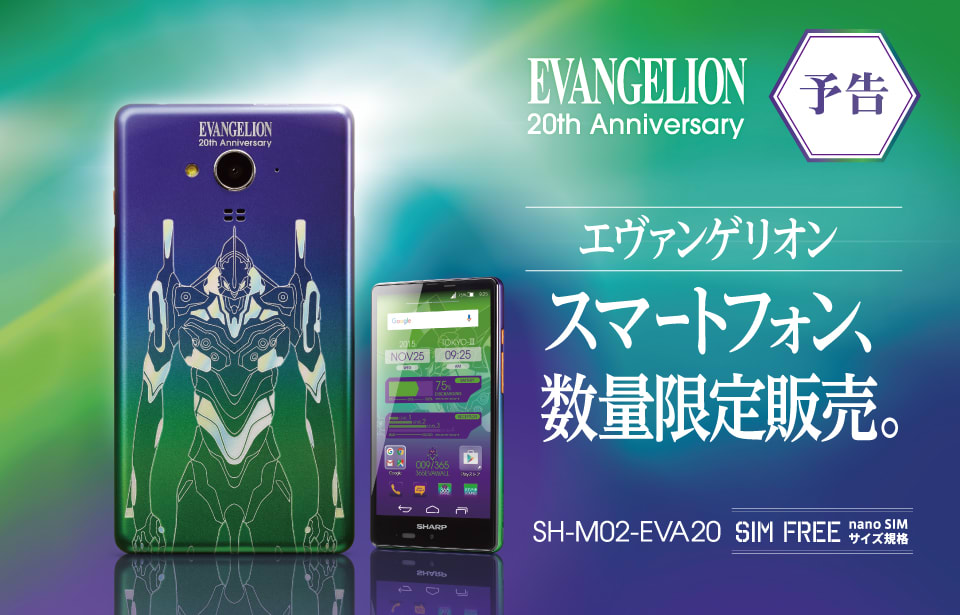 It's been 20 years since Shinji first piloted Unit-01 in the apocalyptic mecha anime Neon Genesis Evangelion. The series is still incredibly popular, and to celebrate its anniversary there's a new NGE-themed Android phone for megafans to drool over. It's called the SH-M02-EVA20 and boasts a dazzling purple and green gradient on the back, contrasted with the white outline of Shinji's robot fighter. The power and volume buttons are bright orange and the entire device slips into a case that looks like a piece of Unit-01's armour. It'll cost 84,240 yen ($705) and only 30,000 are being produced -- to be in with a chance of buying one, you'll have to apply through the Japanese convenience store 7-Eleven. The first 5,000 are expected to ship in December, followed by the remainder in April next year.

It's not the first Evangelion-inspired phone, but it's certainly the most powerful. Inside you'll find a 1.2GHz Snapdragon MSM8926 processor and 2GB of RAM, along with 16GB of onboard storage and a microSDHC slot for up to 32GB cards. Hardly flagship specs, although for the price you'll also get an NGE-themed Android skin, sound effects and a wallpaper that changes every day. It won't make you a NERV employee, but we guarantee it'll attract some envious stares the next time you walk through an anime convention.

Source: 7-Eleven
In this article: android, evangelion, NeonGenesisEvangelion
All products recommended by Engadget are selected by our editorial team, independent of our parent company. Some of our stories include affiliate links. If you buy something through one of these links, we may earn an affiliate commission.