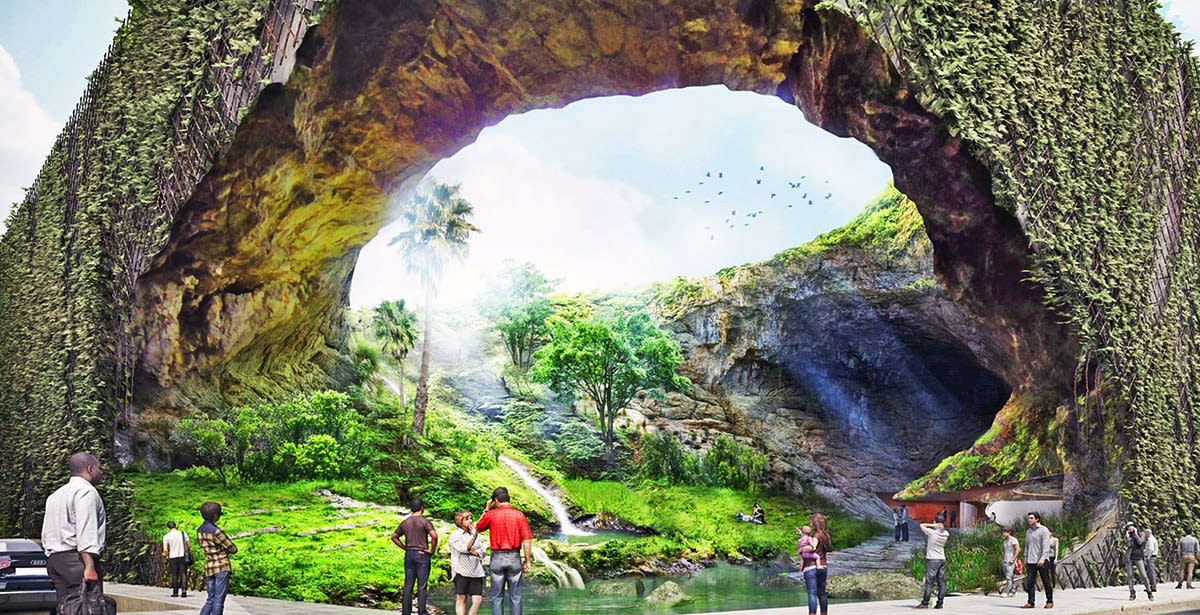 So far Elon Musk has created next-gen spacecraft and some of the world's best electric cars -- could a futuristic airplane be next? This past week, Musk announced that he'd like to build a "pretty cool supersonic, vertical takeoff and landing electric jet." In other transportation news, automakers had a Back to the Future field day last week. Stanford rolled out a self-driving DeLorean; Toyota showcased a special Mirai with gull-wing doors and a flux capacitor; and students built an all-electric version of Doc Brown's time-traveling car. A sleek solar-powered car won the World Solar Challenge by rocketing across the Australian Outback in four days. And we took a test-drive of the all-new, completely rebuilt 2016 Chevrolet Volt, which just hit the market in California.

Halloween is a week away, but some seriously spooky phenomena rocked the architecture world this past week. First an eerie floating city was spotted in the clouds above China. Then the ruins of a 400-year-old church rose from the waters of a lake in Mexico. Meanwhile, Kengo Kuma unveiled plans for an incredible museum set within a cave in Manila, and Penda proposed a 20,000-person city constructed entirely from bamboo. But the coolest development of the week just might be The Liberator -- an amazing machine that transforms ordinary dirt into super-durable, fireproof building bricks.

Carbon nanotubes have been hailed as a technological panacea that can create everything from next-gen supercomputers to better batteries -- however they may have a dark side. Last week, a new study discovered carbon nanotubes in the lungs of children with asthma for the first time. We were also alarmed to learn that San Francisco is spraying toxic pesticides in public parks and playgrounds -- and the practice may be endangering the people and animals who visit. And speaking of animals, Chinese scientists have created the world's first genetically engineered muscular superdogs for police and military applications.

In this article: carbon nanotubes, chevy volt, eco-friendly, EV, halloween, inhabitat, InhabitatsWeekInGreen, Solar, Tesla
All products recommended by Engadget are selected by our editorial team, independent of our parent company. Some of our stories include affiliate links. If you buy something through one of these links, we may earn an affiliate commission.