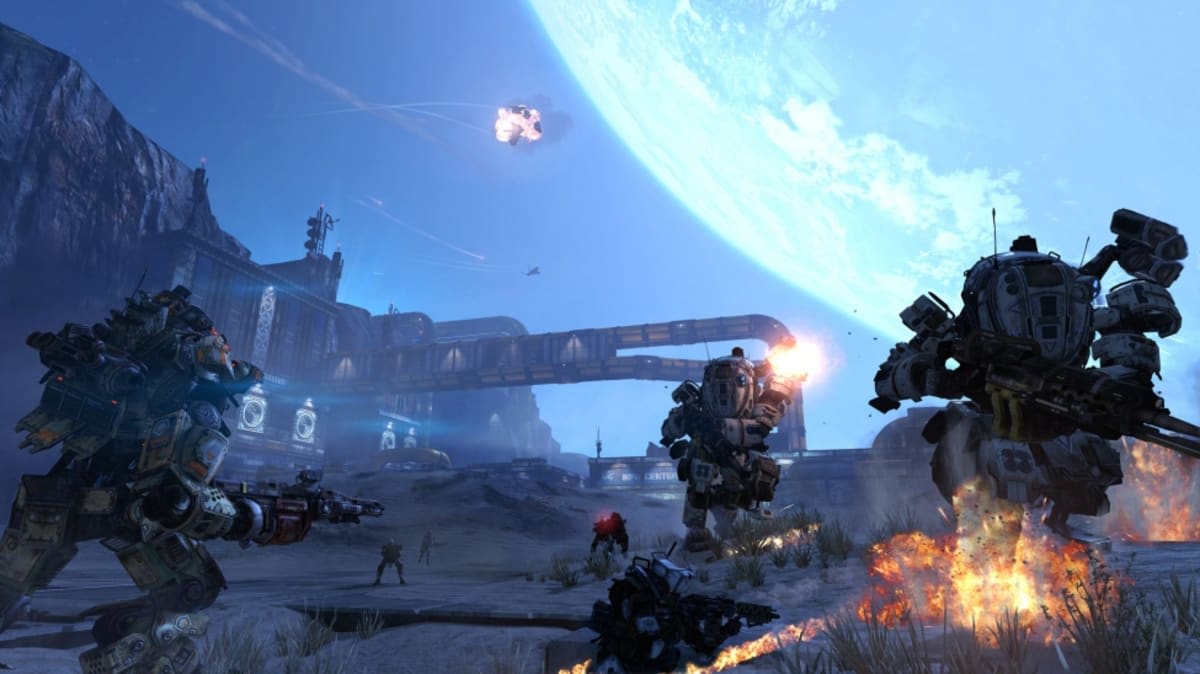 Titanfall, the mech-based multiplayer shooter from the creators of Call of Duty, will land on iOS and Android in some form in 2016. Titanfall studio Respawn Entertainment has partnered with free-to-play publisher Nexon and mobile developer Particle City in a multi-year, multi-game deal. There are no details about the mechanics or style of the coming Titanfall mobile games, but considering Nexon's involvement, it's a good bet that they'll be free with in-app payments. "Nexon's unrivaled publishing network and free-to-play expertise will allow Titanfall to reach new global audiences. And with Particle City, we are closely collaborating to create all-new standalone games with original gameplay experiences that expand the Titanfall universe to players everywhere," Respawn co-founder Vince Zampella says in a press release.

Respawn has an existing partnership with Nexon that will bring Titanfall to PCs across Asia, most likely in a free model. Respawn is also working on a sequel to Titanfall, and this one won't be exclusive to the Xbox One and Windows. "It'll be multiplatform," Zampella said in March.

PlayStation 4, iOS and Android players, prepare for Titanfall (or whatever these new games will be called).

In this article: android, free, FreeToPlay, hdpostcross, IOS, mobile, MobileGaming, Nexon, particlecity, respawn, RespawnEntertainment, titanfall
All products recommended by Engadget are selected by our editorial team, independent of our parent company. Some of our stories include affiliate links. If you buy something through one of these links, we may earn an affiliate commission.