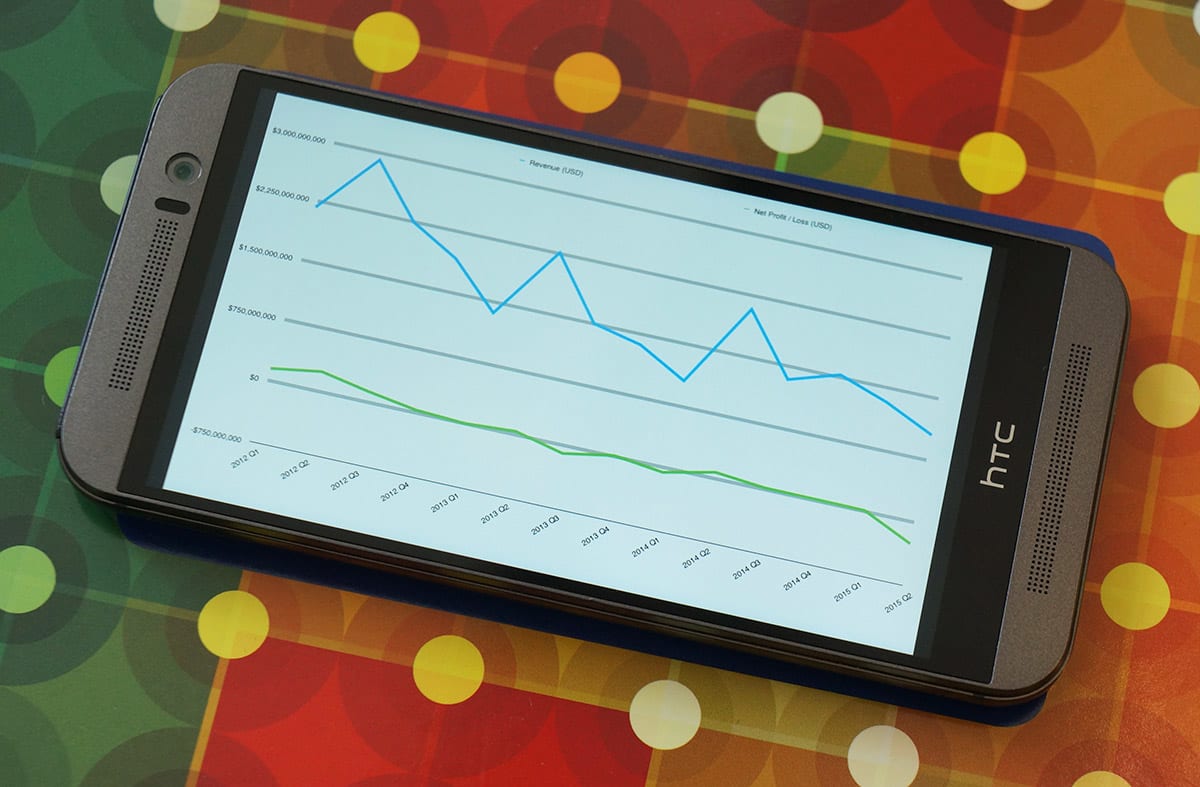 A few months ago, we suggested that HTC could be the first really big Android manufacturer to go to the wall. In the wake of the firm's most recent update on its financial health, we're not really able to say anything different. The firm has posted a $138.6 million loss for the last three months, which is better than the $265 million it ate in the previous quarter, but still a loss. That may not, however, be the most troubling issue for the firm since, during its investors call, it announced that it would no longer publish guidance on its future performance.

In stock market business-speak, guidance is a pencilled-in target of how much money a company expects to make (or lose) in the next quarter. It's normally pretty easy to work out, since you know how much of the product you have, how much you've got the capacity to make and what the demand is likely to be. Unfortunately, investors don't like it when you fail to meet this target and respond by punishing the firm by not hanging around. That was a problem back in August, when HTC's declining share price fell beneath its valuation -- effectively saying that the business was worthless.

How To Cover: HTC just learnt that the best way to avoid missing guidance is to not give guidance Declines to give detailed 4Q outlook

Now, that figure has since rebounded, and HTC has enough cash in its back pocket to make sure that it won't go bust for a while. But the fact that it's no longer even going to guess at its future successes shows a lack of confidence in its own ability to recover. Now, there are plenty of reasonable explanations, including the company revamping its product line to focus on the mid-range, as well as its cost-cutting operations and restructuring. Unfortunately, plenty of other companies are able to predict future losses and feel happy enough telling investors ahead of time -- which means that something isn't quite right in the state of HTC.

On HTC investor call after huge 3Q loss, company declines to give 4Q guidance, says will not give guidance anymore

Source: HTC (.PDF)
In this article: A9, Business, Financials, Guidance, HTC, HTCQ3, mobilepostcross, Restructuring
All products recommended by Engadget are selected by our editorial team, independent of our parent company. Some of our stories include affiliate links. If you buy something through one of these links, we may earn an affiliate commission.