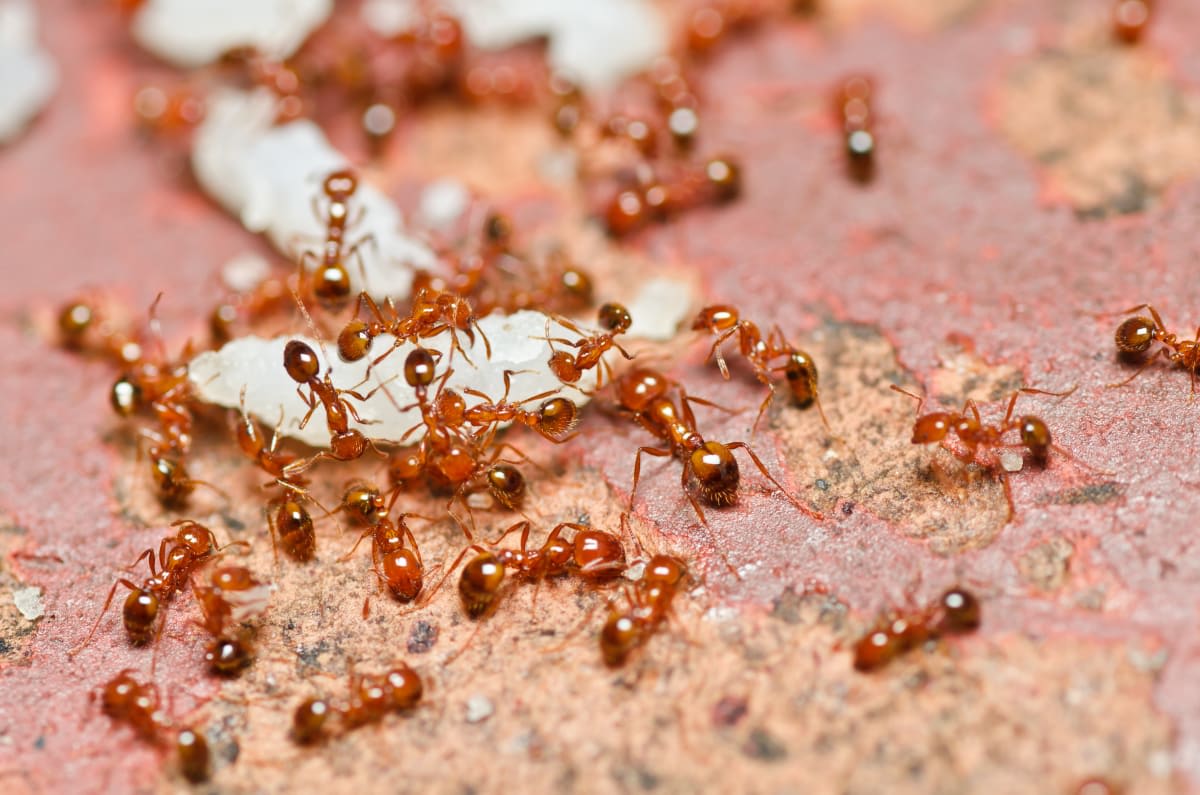 Scientists at the Georgia Institute of Technology have discovered a material so versatile that it can form solid objects, bend under pressure without breaking, easily float on water and even disperse into a liquid when something tries to pass through it. Unfortunately, this discovery is completely useless -- because this amazing super-material is made up entirely of fire ants.

According to a paper published in Nature Materials, groups of fire ants can work together to form a writhing mass of creatures that can react to stimuli in a manner similar to a thick, viscous liquid (like oil or honey) or a flexible, stretchy material (like rubber). Researchers tested the critters by dropping a ball of ants in a pool of water, only to see them create a functional raft that could support thousands of members. In contrast, objects dropped into a vat of ants would slowly sink through the creatures, as if they were living liquid.

When faced with applied force, the insects locked limbs and became limp to create a restive, yet springy surface. In these situations, researchers found, the ants were literally playing dead -- the limp, yet living fire ants offered the same level of resistance as a deceased control group.

So, what's the point of playing games with fire ants? Associate Professor David Hu sees them as an organic benchmark to aspire to for artificially created super-materials. "This is the dream of active matter," he says. "If we could harness the secret technology of the ants, we could learn to build materials as robust as the ants are." Want to see the science behind the insects? Check out the team's research paper at the source link below.

Source: Nature
In this article: ants, fireaunts, materials, organic, sceince, smartmaterials, supermaterial, video
All products recommended by Engadget are selected by our editorial team, independent of our parent company. Some of our stories include affiliate links. If you buy something through one of these links, we may earn an affiliate commission.