eBay and LinkedIn founders back research into ethical AI

ICYMI: Soon flying UAVs could pick stuff up; carry it away 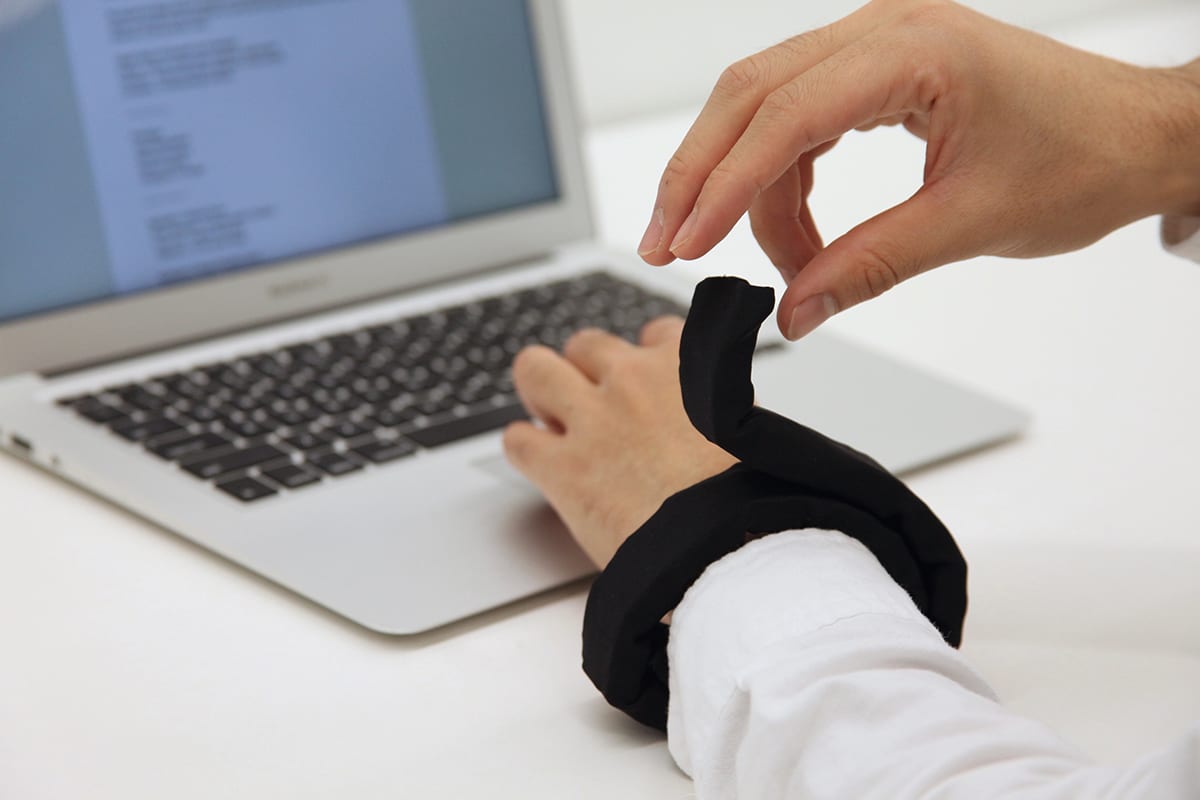 MIT's Media Lab has created LineFORM, a "Shape Changing Interface" that presents new ways for us to interact with technology. LineFORM is a serpentine robot that has the ability to form a number of shapes, mixing flexibility with rigidity. The lab's Tangible Media Group believes it opens up "new possibilities for display, interaction, and body constraint," and has demonstrated its potential for all three on video.

Aptly, LineFORM starts with a line; a linear series of actuators that can move independently or together to arrange itself in new shapes. In one demo, it's wrapped around a wrist like a high-tech Slap Wrap. In this configuration, it's able to convey a notification through haptic feedback, uncoiling its end and gently tapping a user's wrist. Its creators ask us to imagine this forming the core structure of a mobile device, presumably replete with a display, microphone and speaker. On receiving the notification, the user then unfurls it, and it contracts into a rectangular prism. After he taps away on an imaginary display, it shape-shifts into an old-timey telephone.

There's also the potential for LineFORM to act as an intelligent cable. Such a cable would be capable of recognizing a number of modules, transforming where necessary. On recognizing an attached light bulb, the robot jolts into action, almost-instantaneously becoming a posable lamp, complete with three-dimensional dimmer switch. As a cable, LineFORM works an "expressive" cord, creating waveforms to represent the "invisible flow" of data between devices. There's also a section where the robot embodies a "dynamic ruler."

Another, particularly interesting use-case is as a dynamic body constraint. When wrapped around a user's arm, it can limit the range of body movements, or "replay" a movement set. The usefulness of this is more abstract than the other examples, but it could be useful for training. An expert in a field could record themselves performing a physical task, and then LineFORM could allow an amateur to perform the same action while making sure they didn't deviate from the recorded path.

With all of the demonstrations, you have to use a healthy dose of imagination. This is an advanced proof-of-concept that could one day develop into something useful. "We envisage LineFORM-style devices coupled with flexible displays as next-generation mobile devices," say Ken Nakagaki, Sean Follmer, and Tangible Media Group head Professor Hiroshi Ishii, the three authors of the LineFORM research paper. "We have shown that a relatively small number of actuators can be used to achieve an expressive display ... our hope is that this work will motivate others to further explore the space."

Via: Prosthetic Knowledge
Source: MIT Media Lab
In this article: MitMediaLab, mobilepostcross, TangibleMediaGroup
All products recommended by Engadget are selected by our editorial team, independent of our parent company. Some of our stories include affiliate links. If you buy something through one of these links, we may earn an affiliate commission.