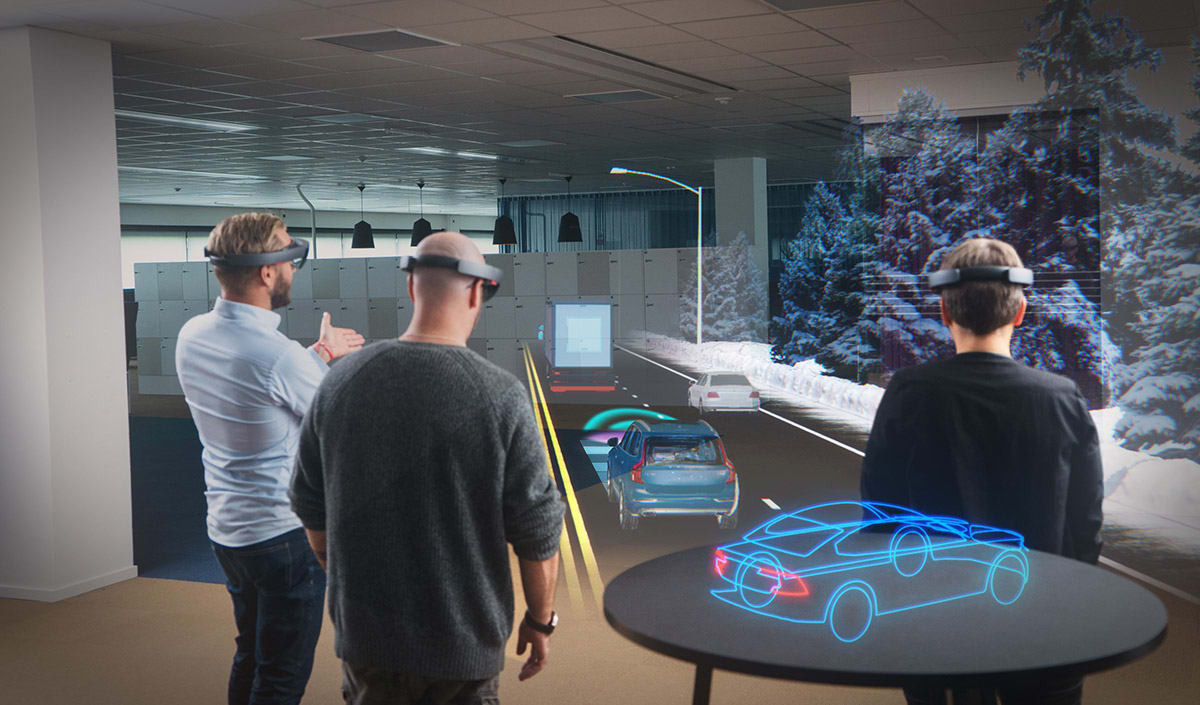 Microsoft and Volvo have joined forces, thankfully not for the sake of creating a gaudy car-themed phone, but to equip the automaker's showrooms with HoloLens headsets. Starting next year, Volvo will be able to showcase things not usually possible to demo instantly and indoors -- say, its cars' safety features, such as collision avoidance, and various possible customization options -- through holograms. The two companies have recently exhibited a prototype version of the system at Microsoft's HQ in Redmond using the upcoming S90 luxury sedan as their subject. Thanks to augmented reality, they were able to display not only holographic models of the unreleased car, but also cross sections of its parts.

Participants were also able to customize the sedan's color and bumper, and they were able to walk around the hologram to see it from all angles. According to Bloomberg, the two companies could even include the capability to sit inside an actual vehicle and take it for an AR test drive for a more immersive experience. This is merely one of the projects Microsoft took on to promote its HoloLens headset: the tech behemoth has just finished an 11-city tour in the US and Canada in an effort to entice developers to buy a unit next year for $3,000. Still, this partnership isn't just a one-off, as Redmond and Volvo plan to work together on other automotive technologies in the future.

Source: Bloomberg, Volvo
In this article: augmentedreality, cars, HoloLens, microsoft, volvo
All products recommended by Engadget are selected by our editorial team, independent of our parent company. Some of our stories include affiliate links. If you buy something through one of these links, we may earn an affiliate commission.