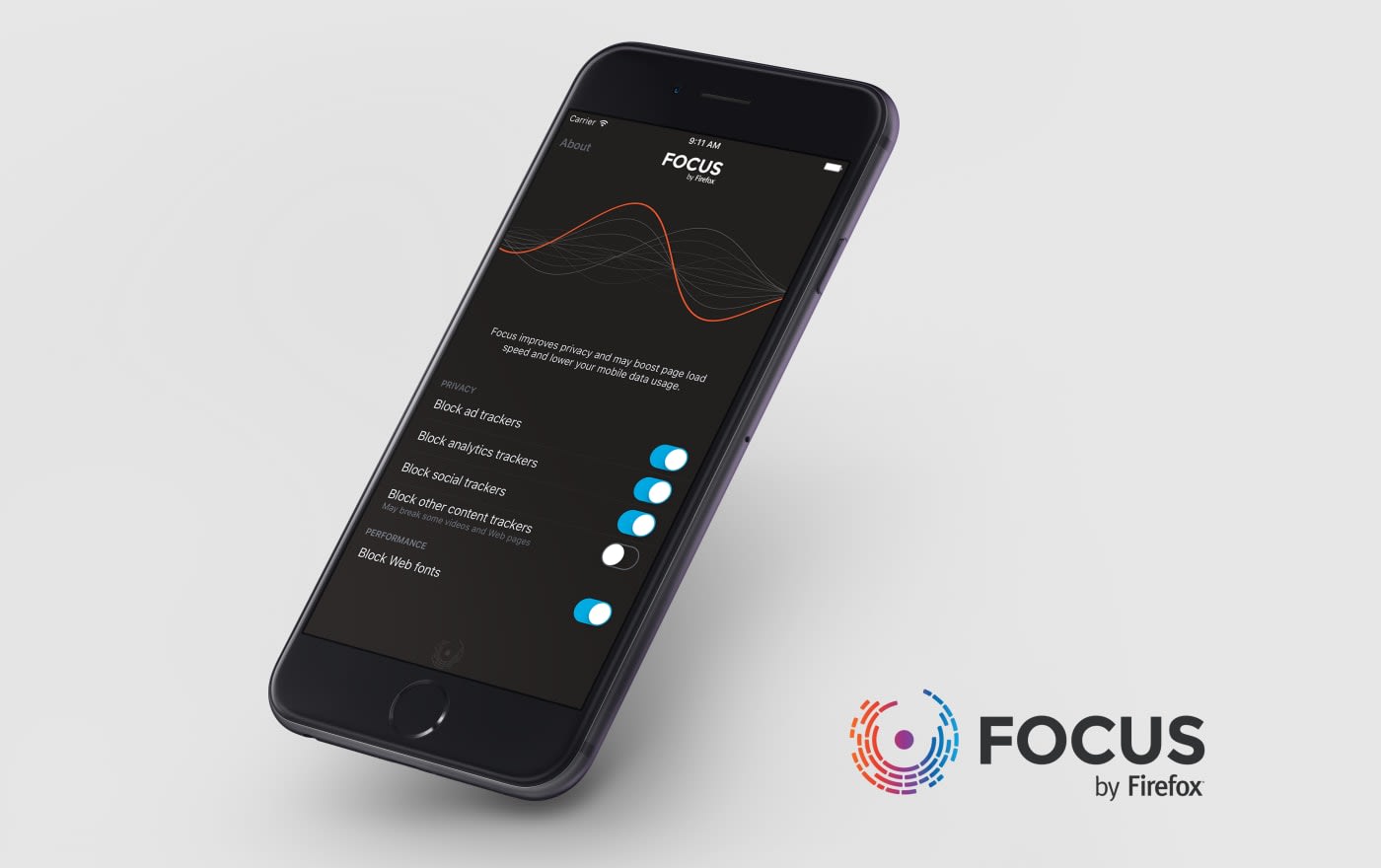 Even Mozilla is getting into the iOS 9 ad blocking arena with Focus by Firefox, a free content blocker for Safari on Apple's mobile OS. Just like the early batch of blockers, it can keep your mobile browsing experience free of ads, as well as web analytics and social media trackers. But Mozilla says it'll also be transparent about how it's blocking content. It's using Disconnect's open source block list, which also powers Firefox's Private Browsing on desktop platforms, and it'll inform users as it builds on Focus by Firefox. In addition to making your mobile browsing more private, the blocker can also speed up performance by blocking things like web fonts. Ironically, Focus by Firefox isn't yet compatible with Firefox on iOS, because Apple doesn't allow content blockers to work with third-party browsers.

"We want to build an Internet that respects users, puts them in control, and creates and maintains trust," Mozilla's chief business and legal officer, Denelle Dixon-Thayer, wrote in a blog post. "Too many users have lost trust and lack meaningful controls over their digital lives. This loss of trust has impacted the ecosystem -- sometimes negatively. Content blockers offer a way to rebuild that trust by empowering users."

Source: Mozilla
In this article: contentblockers, FocusbyFirefox, gadgetry, gadgets, gear, iOS9, mobile, Mozilla, security
All products recommended by Engadget are selected by our editorial team, independent of our parent company. Some of our stories include affiliate links. If you buy something through one of these links, we may earn an affiliate commission.