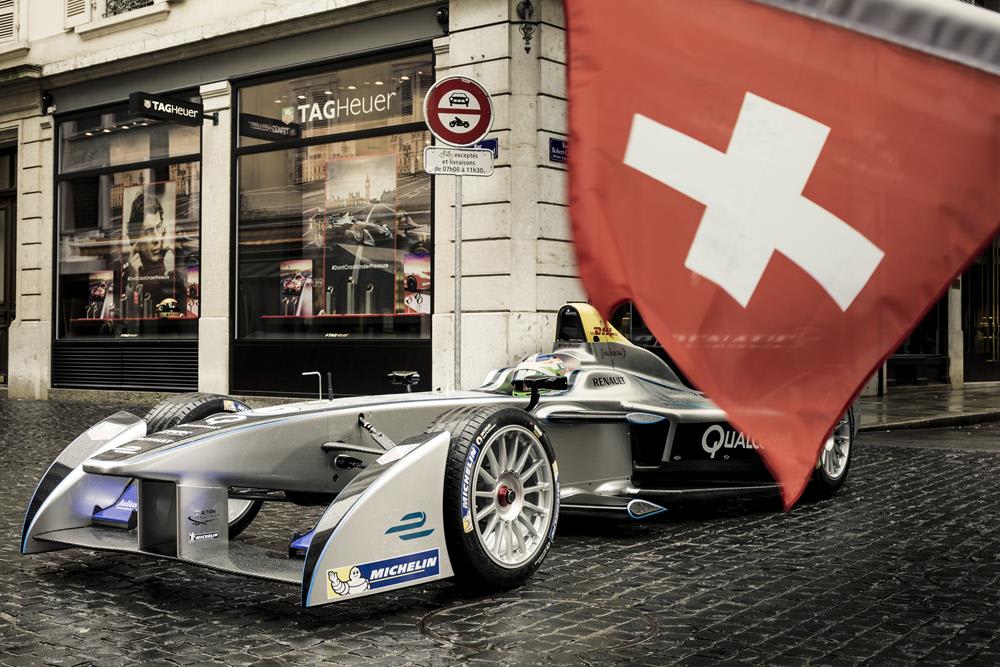 Switzerland hasn't allowed motor racing to take place within its borders in over half a century. That looked poised to change when the state relaxed the ban earlier this year, opening the door for the FIA Formula E Championship to hold a race there this season. But the latest word has it that the event is being pushed back.


The ban was imposed in the wake of a catastrophic crash at Le Mans in 1955 that claimed the lives of over 80 spectators and injured another 120. In the aftermath, Mercedes shut down its racing program, and several countries – including Germany, France, and Spain – banned racing within their territories. But long after Mercedes returned to motorsports in the 1980s and most countries lifted their bans, Switzerland kept its strict rules in place.

Authorities began reviewing that policy recently, and consented to permit the electric series to race there. Organizers were targeting an addition to the current season two calendar to hold a race in the southern lakeside city of Lugano near the Italian border. But after finding that the preparations – particularly in preparing the roadways – would take more time than expected, they're reportedly adjusting expectations to seek a race in next season's 2016-17 calendar instead, as was originally expected.

Even without a race, Switzerland has been well represented in the series. The Trulli GP team is registered there, and four Swiss drivers have competed – more than any other country save for France. Those have included Sebastien Buemi, Alex Fontana, Fabio Leimer, and Simona de Silvestro, who drove a demonstration event last year in Geneva.

Source: Autosport
In this article: culture, ElectricVehicle, EV, formula e, FormulaE, lugano, racing, switzerland, syndicated, transportation, video
All products recommended by Engadget are selected by our editorial team, independent of our parent company. Some of our stories include affiliate links. If you buy something through one of these links, we may earn an affiliate commission.