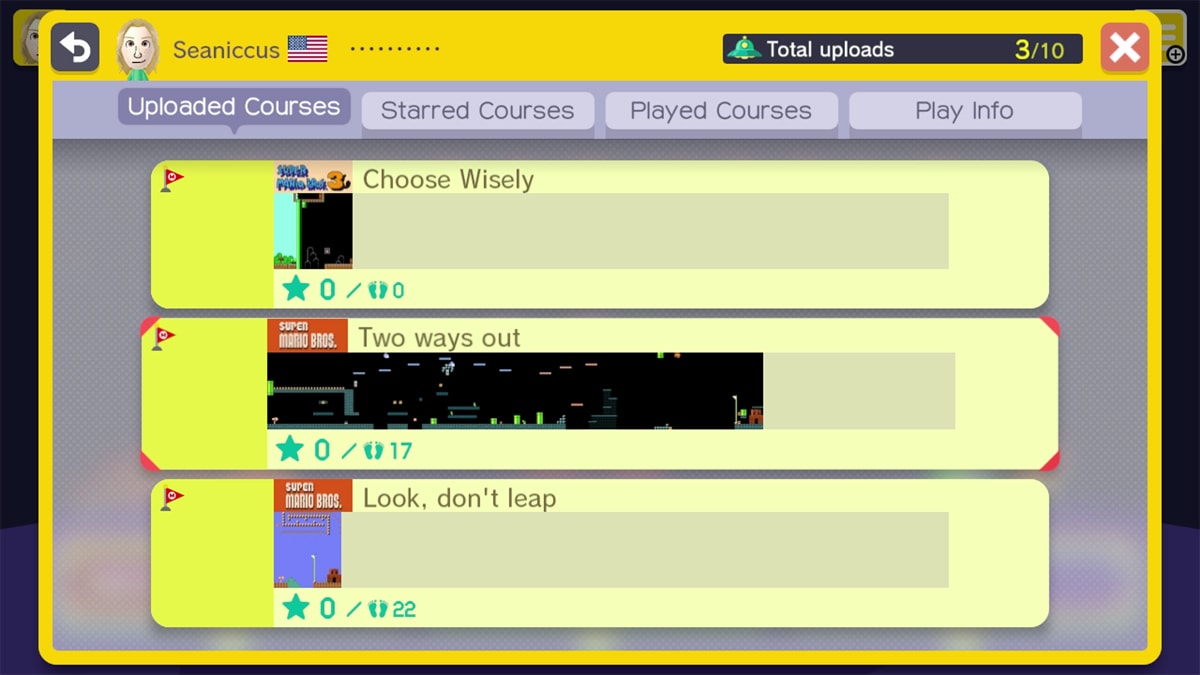 Crafting truly brilliant Mario Maker levels isn't easy, but finding them soon will be. Nintendo just announced its "Super Mario Maker Bookmark" portal will go live on December 21 so you can search for levels to play from a computer or mobile device instead of just on your Wii U. Better yet, you'll be able to flag those primo levels from whatever device you're working with — they'll appear in the Course World tab so you don't have to worry about finding your favorite works all over again.

Nintendo first revealed the portal in a Nintendo Direct livestream last November, where they also confirmed that players have crafted over 3.3 million levels since the game's launch. Of course, what they didn't mention at the time is all the other stuff that's slated to augment the game on the 21st. Course pages will display infuriating World Record completion times, and designers get new items like bumpers, P Warp Doors and a Fire Koopa Clown Car ("capable of shooting fireballs as well as a powerful charged shot that can even destroy Blocks") for even more effective trolling.

Source: BusinessWire
In this article: av, gaming, maker, mario, mariomaker, nintendo, supermariomaker
All products recommended by Engadget are selected by our editorial team, independent of our parent company. Some of our stories include affiliate links. If you buy something through one of these links, we may earn an affiliate commission.