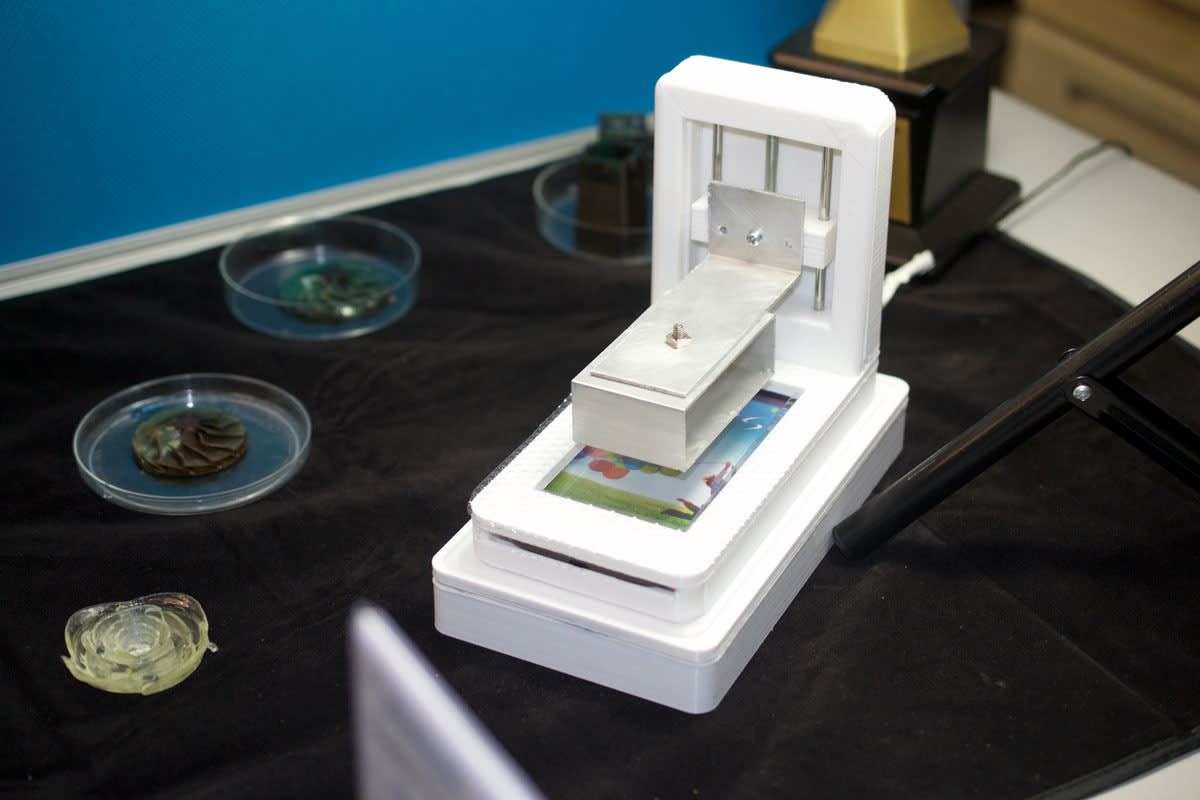 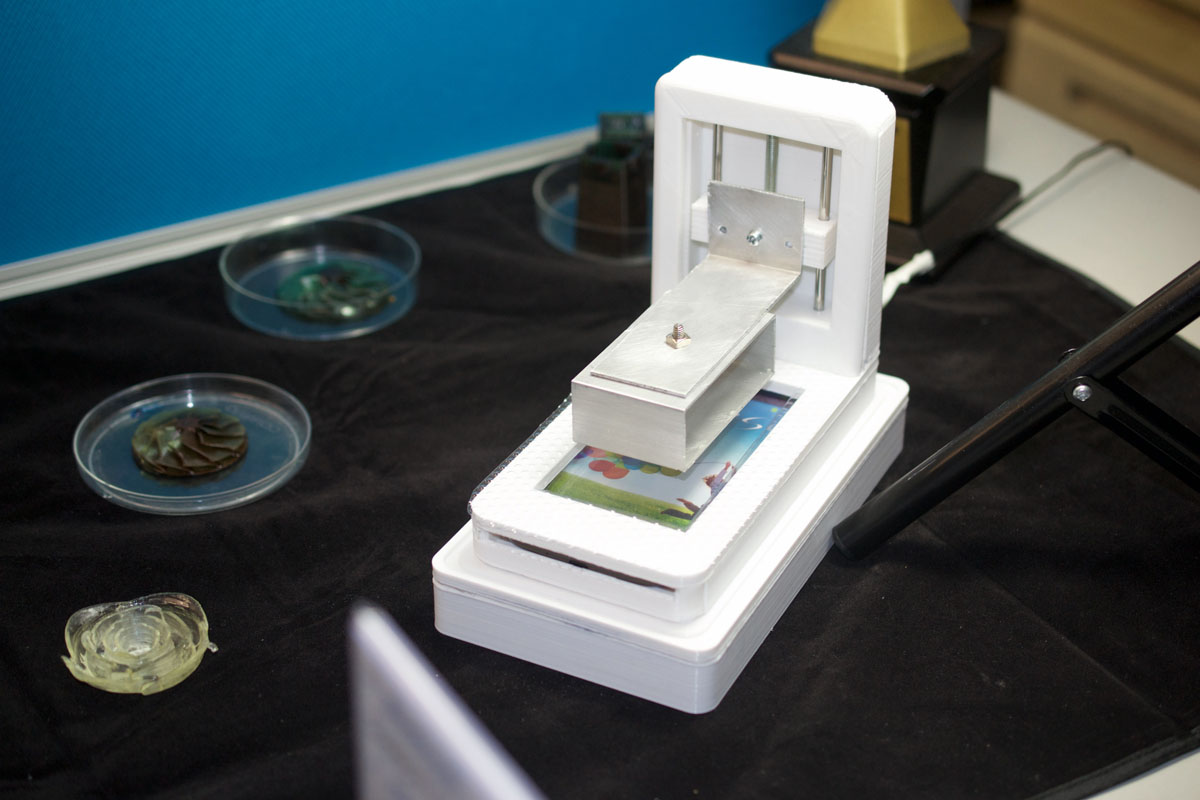 Smartphones have taken over almost every aspect of our lives. We spend a good chunk of our days clicking links, swiping faces, exchanging emoji or listening to computer-picked playlists. Soon, we'll be able to use our devices to print 3D objects. Researchers at Taiwan Tech have built a 3D printer that uses the light from a smartphone or tablet to cure resin. They created a photopolymer that hardens with visible light instead of lasers or UV radiation. So, unlike the typical encased 3D printer, the team's phone-based device prints objects in the open, as long as it's placed in a dark corner.

A vat, coated with the team's unique resin, is placed over a smartphone so the light hardens the substance onto a print bed above the vat. With every cured layer, the platform slowly rises until the object is fully printed.

This isn't the first mention of a smartphone in the context of 3D printing. Solido3D, an Italian rapid prototyping company, announced a phone-based 3D printer called OLO in October. While the company is yet to reveal how OLO works, Taiwan Tech's 3D printer, which currently lives in the lab, has been able to create a hollow ball that's about 100 microns thick.

Using light from a device that's already in the hands of about two billion people across the world is ingenious. But the device, irrespective of the maker, doesn't provide the power to match the production levels of other 3D printing machines just yet. "As you know, the power of light on a smartphone is very low, so our print speed is still relatively slower than other vat polymerization machines now, but we are working hard to solve this problem and seem to getting promising results recently," research assistant Hanhsuan Lee told 3D printing industry. "However, there is a professor at Taiwan Tech, that has developed a DLP printer that can print a layer every two seconds. And we are working on a process for making the smartphone light more powerful."

Source: 3D Printing Industry
In this article: 3dPrinter, 3dPrinting, culture, gadgetry, gadgets, Smartphone3DPrinter, TaiwanTech
All products recommended by Engadget are selected by our editorial team, independent of our parent company. Some of our stories include affiliate links. If you buy something through one of these links, we may earn an affiliate commission.