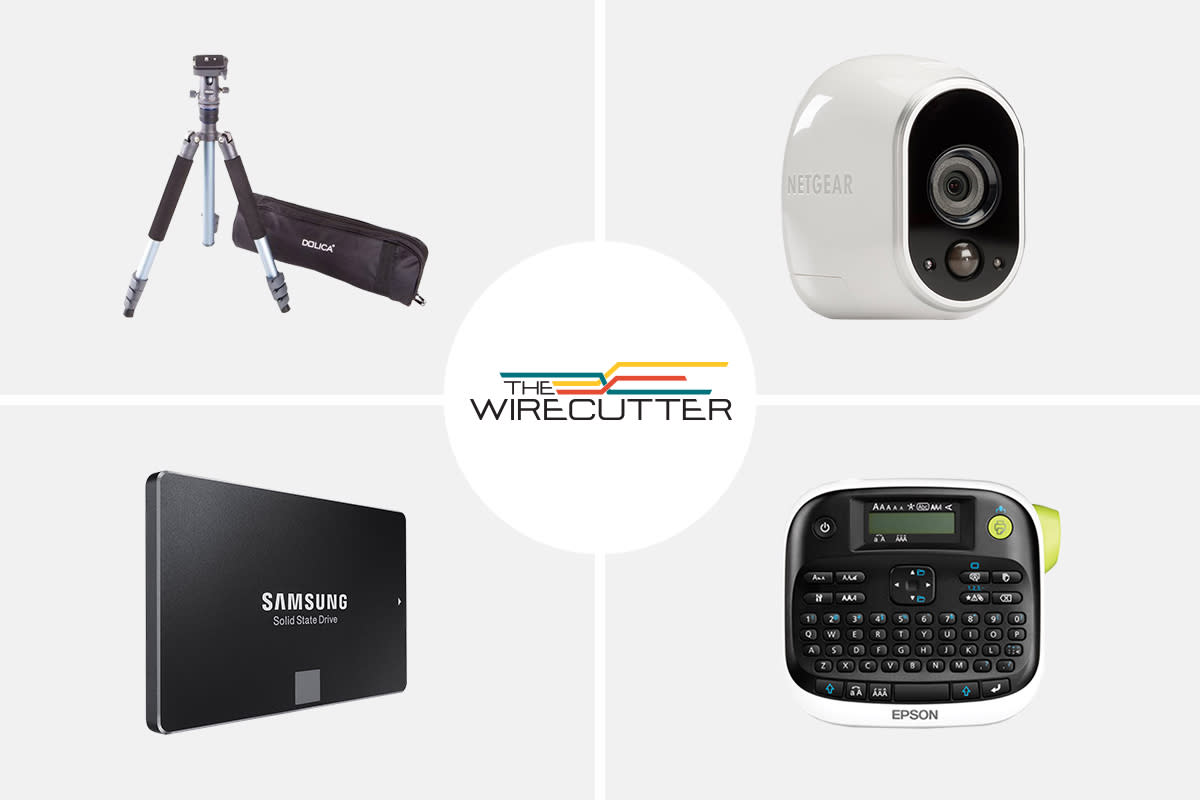 While not the best price we've seen, it does match the second best at $60. With the average street price being $75, we still consider $60 a great value.

The Dolica LA600 Travel Tripod is our budget pick for the best travel tripod. Erin Lodi said, "the Dolica LA600 Pro is only one inch longer than our main pick when collapsed and a tiny bit heavier, but it lacks many of the extra features and functionality that we like from the MeFoto Roadtrip. This budget Dolica squeezed down 16.5 inches, weighs 3.75 pounds, has a maximum height of 60 inches, and maximum weight support 15 pounds of gear—all of which puts it within our tolerances." While not quite as good as the first deal we saw on this security camera, it's close if you're primarily interested in a single camera. The previous deal was 1 for $150 or 4 for $400. This deal brings a single camera down to $160, and 3 of them down to $396.

The Netgear Arlo Security Camera is our truly wireless pick for the best wireless IP camera. Jason Snell wrote, "Unlike any of the other cameras we looked at in this review, Arlo's cameras are powered by lithium photo batteries and communicate with the Internet via an included wireless hub that you attach to your home network. Each Arlo camera is small and magnetic, so you can stick them anywhere—including outside. Its 110-degree field of view doesn't quite match the Nest's 130 degrees, but is wide enough for most situations. However, since Arlo only records when its motion sensor is triggered, you may miss out on key events that our pick would capture." The average person might not need this much storage, but there are plenty of uses for that much space. This matches the lowest price we've seen on the product. Shipping is free from Newegg on eBay. This is the lowest price we've seen on this label maker in over a year, with the only lower price appearing several years ago. The only other minor discount this year brought the label maker down to $24. Shipping is free for Prime members.

The Epson LabelWorks LW-300 is our old top pick in our guide on the best label maker. Erika Stalder said, "Its QWERTY keyboard is easy to type on and the labels it prints are clean and fuss-free. Even more complicated labels with symbols, punctuation, or multiple font styles couldn't trip it up."

In this article: 850EVO, arlo, dolica, dolicaLA600, epson, epsonlabelworks, gadgetry, gadgets, gear, LA600, labelworkslw-300, lw-300, netgear, netgeararlo, partner, samsung, SecurityCamera, SSD, syndicated, thewirecutter, tripod, wirecutter
All products recommended by Engadget are selected by our editorial team, independent of our parent company. Some of our stories include affiliate links. If you buy something through one of these links, we may earn an affiliate commission.