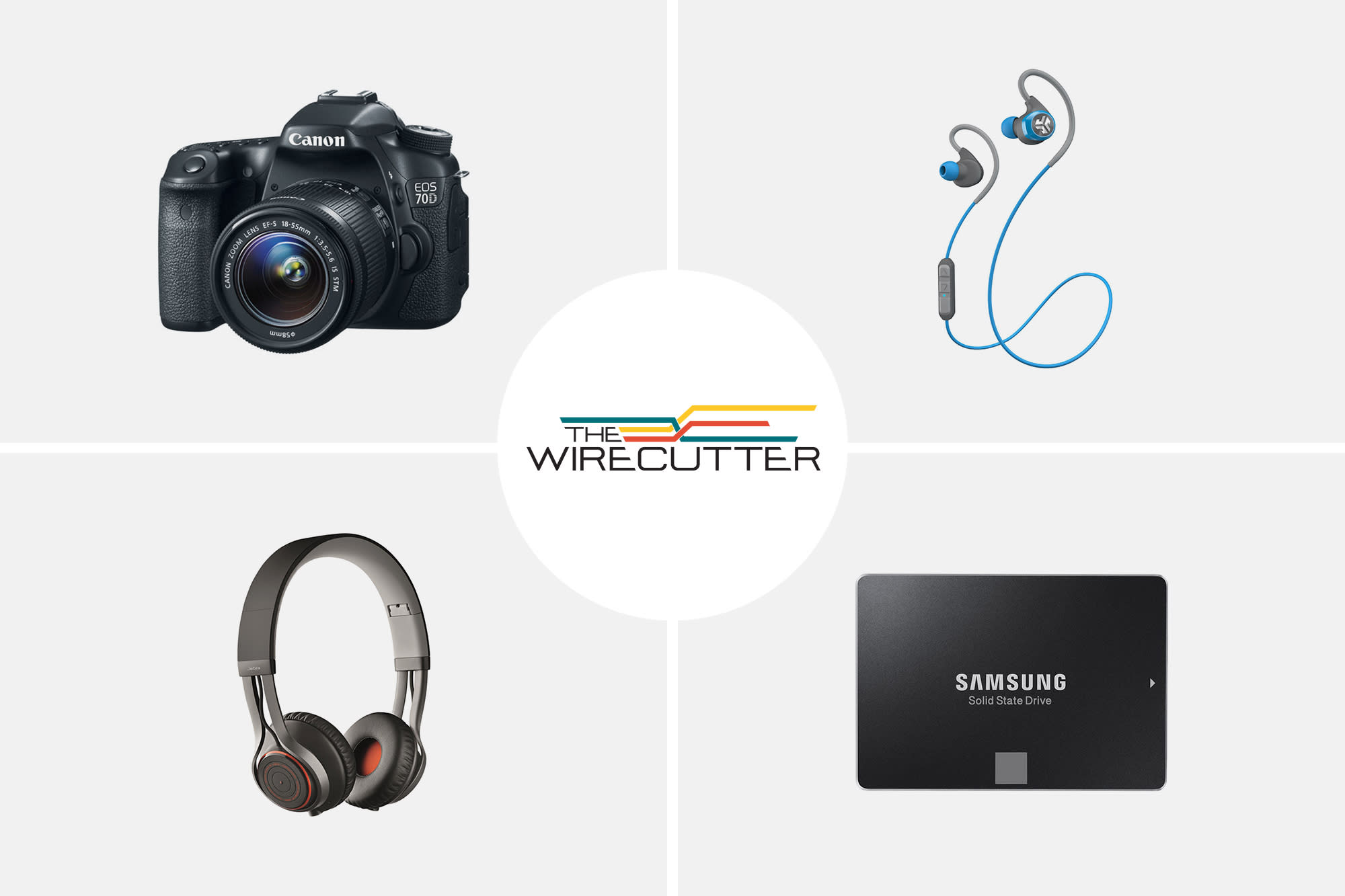 Canon's refurbished sales tend to have a $50-$100 discount off of their already solid refurbished prices and this deal is just that, with $50 off of the usual pricing for this kit. We've seen previous 70D deals around $800 with the 18-135 lens, which is a little more useful for video, but this deal is significantly cheaper and may be a better value for someone that doesn't need the longer part of that range. Canon refurbished deals come with a full warranty.

The Canon 70D is our runner-up and video pick for the best midrange SLR. Amadou Diallo said, "What really sets the 70D apart from most of the competition, however, are its benefits for video shooters. Powered by Canon's Dual Pixel AF system (Amateur Photographer offers a good technical explanation), the 70D offers fast, precise autofocus in live view and video modes, traditional areas of weakness for DSLRs. Imaging Resource called this feature "a rare, groundbreaking innovation" when the 70D was launched in 2013, noting, "this technology finally puts true camcorder-like performance into an HD-DSLR. And when using live view for still shooting, the advanced autofocusing felt nearly as fast as traditional viewfinder shooting under most scenarios." This new Office Depot sale drops these headphones a huge $30 under the best price we've seen to date. They tend to fluctuate between $90 and $100 on Amazon, with the occasional drop to $88, so this is a significant discount. They're also offering free overnight shipping.

The JLab Epic Bluetooth Headphones are our pick for the best wireless exercise headphones. Lauren Dragan wrote, "The JLab Epic Bluetooth gets our overall recommendation thanks to a design that was very comfortable for nearly all of our reviewers, with a lightweight, effortless feel on your head whether out on a run or doing burpees and sound quality that everyone enjoyed. We recognize that most people don't like or want a cord when they work out, so for many, Bluetooth is a must, which confirmed the Epic as our overall recommendation over less-expensive wired and sealed options." This sale from DealNews is the first we've seen on the Jabra Revo headphones since December 2014 when they were still a top pick. They've been supplanted by the Jabra Move since then, but they're still a good pair of headphones, and this is a price lower than any deal we've seen, even back then. Shipping is free, but don't forget to add the code DNWSREVO80 in your shopping cart to knock the price down to $80. The only available color is Black. A new low on this fantastic SSD. We've been watching this drive drop from $300, $10 at a time, in a slow price war between Newegg and Adorama. Typically, they'd match each other for a few weeks but we only saw them post $270 deals twice before this drop to $260.

In this article: 850evo, av, cameras, canon, ef-s, gadgetry, gadgets, gear, jabra, jlab, jlabepic, partner, revo, samsung, syndicated, thewirecutter, wirecutter
All products recommended by Engadget are selected by our editorial team, independent of our parent company. Some of our stories include affiliate links. If you buy something through one of these links, we may earn an affiliate commission.