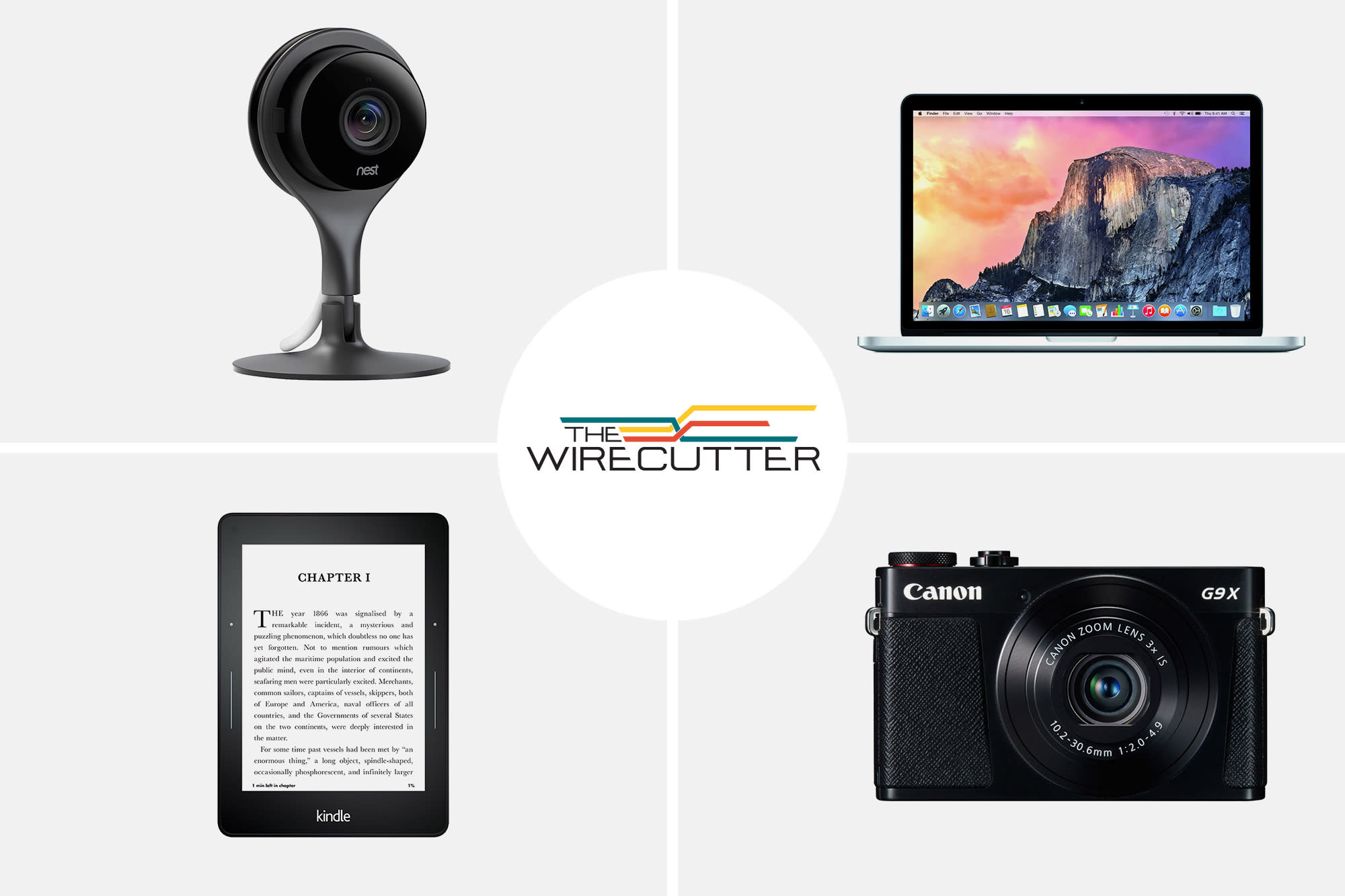 This isn't the best price we've seen, as this security camera dropped to $170 briefly during the holidays. But it's within $10 of that all-time low and still good for 10 percent off a product that hasn't gone on sale all year. Shipping is free from eBay seller Blutek.

The Nest Cam is the top pick in our guide on the best wireless IP camera. Jason Snell said, "It offers a simple way to capture what's going on in your home while you're away and can alert you to unexpected sounds and movements. The Nest Cam provides a clear high-definition video stream with a field of view wide enough to encompass almost any room (larger than most competitors). Video is crisp and clear, with fine detail across a variety of lighting conditions; the Nest Cam performs as well or better than the other models we tested." While we prefer the version with faster specs, if you're ok with a bit less power, you can save a huge $400 off the retail price of this Macbook! This particular deal has a 2.2ghz processor, 16GB of RAM, and a 256GB SSD.

The Macbook Pro Retina 15-inch is our pick for the best power notebook. Brian Lam and Kimber Streams said, "The 15-inch MacBook Pro has the best combination of performance, weight, and screen size. Its 15-inch screen packs a 2880x1800 resolution, making it the ideal portable solution for power users."

They went on to say, "No other laptop measures up to the Retina MacBook Pro's combination of performance, keyboard, trackpad, screen quality, battery life, size and weight, and overall build quality. Here's Apple's support page with directions on how to install and run Windows using Boot Camp." A brand new low on this top of the line ebook reader, Amazon's dropping it to $150 for Prime members. We've seen it for $170 and it was difficult to justify the price difference between it and the Paperwhite, but this sale brings it into a more affordable range. It's worth noting that there's a new high-end Kindle announcement coming next week, though no details have been released yet.

The Kindle Voyage is our luxury pick for the best Ebook reader. Nick Guy said, "The Kindle Voyage is Amazon's top-of-the-line e-reader. It adds features that aim to make it a luxury reading experience, including a side light that adjusts brightness automatically, buttons on the side of the screen that you can squeeze to turn pages, a micro-etched glass front that further reduces reflections, and a smaller, slimmer body. Amazon seems to have thrown in just about every feature that it could have added to the Voyage to make reading a book more enjoyable."

He added, "The result is that the Kindle Voyage is the best e-reader out there. But it doesn't offer enough over the Kindle Paperwhite for most people to justify the additional cost. The pixel density of the Voyage's screen is the same as that of the 2015 Paperwhite's screen. The Voyage's adaptive backlight, which adjusts its brightness level based on ambient light, is nice, but the standard backlight on the Paperwhite is fine. And some people may prefer the Voyage's physical page-turn buttons to the Paperwhite's touchscreen taps and swipes, but most people are probably fine with the controls on the Paperwhite." The first drop we've seen on this camera since we started tracking it, a $30 discount along with a free 32GB memory card to make it an even better deal.

The Canon Powershot G9 X is our pick for the best point-and-shoot camera under $500. Amadou Diallo said, "The Canon G9 X is the slimmest large-sensor compact camera available, with quick focusing and a touchscreen along with built-in Wi-Fi."

He had high praise for the image quality, "Overall image quality of the G9 X is excellent, providing clean detail, realistic colors, and fairly accurate auto white balance. Its images are far better than anything you could have gotten with a compact camera just a few years ago and on par with Sony's much-more-expensive RX100 IV, which also uses a 1-inch sensor."

In this article: amazon, apple, cam, cameras, canon, gadgetry, gadgets, gear, kindlevoyage, macbookproretina, nest, partner, personal computing, personalcomputing, powershot, security, syndicated, thewirecutter, wirecutter
All products recommended by Engadget are selected by our editorial team, independent of our parent company. Some of our stories include affiliate links. If you buy something through one of these links, we may earn an affiliate commission.