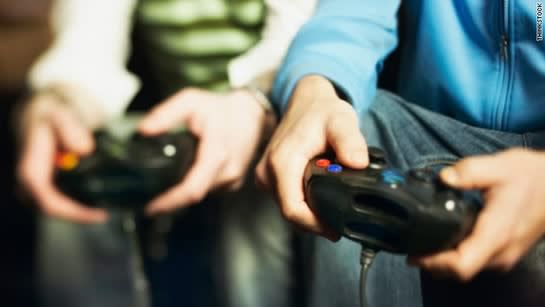 If you know someone who is obsessed with gaming, you understand just how serious they are about their games. In a digital era where games can be reached at the tip of your fingers, gaming has become a worldwide phenomenon for all demographics. So why is this becoming such an epidemic and are you the only one not in on it?
Gaming Consoles
Gaming was always known to be through consoles. The days of the Nintendo 64 and Sega Genesis are over though and the technology has updated way beyond those days. The PlayStation 4 and Xbox One are two of the largest consoles in the world and have dominated the competition since the release of their first edition PlayStation and Xbox.
These consoles are getting more upgradable by the year. PS4 is now even offering gamers the opportunity to play with a virtual reality headset known as the PlayStation VR. It only makes playing with people across the world so much more fun than it was before, which is hard to fathom since gaming has always been so enjoyable for most people.
Gaming Apps
Mobile apps have now gone viral and caused an even wider epidemic of addiction for gamers. No matter where you are in the world now, there is access to thousands of games on any single app market (iTunes, Google Play Store, etc.). Technology has created a wave of games where people can even spend thousands of actual money into the games to help with enhancing their skills.
Gaming apps have taken gaming to the next level completely with the addition of purchases. This has become both a good and bad thing in the world of technology. The good comes from the increase in jobs that are being provided because of these games. Since gaming companies can now reach billions of people through the app store, there are just further job opportunities being performed at this point. However, gaming that continues to expand has caused a few issues for users.
Technological Crashes and Blocks
With gaming apps, you have to worry about certain websites and games crashing from time-to-time and limiting your access for a brief period of time. Most people have to go to online websites to see if a website has crashed whether they are in Australia or the United States. This makes the world a much smaller place now and causes more problems, especially when these games crash. Internet outages can put a complete halt on gaming.
Game Blocking by Schools and Work
Since online gaming has become a huge ordeal, many workplaces have completely banned the use of most online gaming websites. Schools have also done this to students to prevent their time from being consumed by these games. There are companies that do have unblocked games though for people looking to get past these blocks in school and at work.
Gaming Addiction
Gaming addiction has caused a lot of controversies, especially as the gaming industry continues to expand itself. Considered an impulsive disorder, gaming addiction can be a serious problem. Most people exhibit extreme anger issues from gaming and the adrenaline they feel is similar to as if they were gambling. It's important to keep an eye on people who game often because they might need help from Safer Gaming or other addiction-helping companies.
Gaming and Technology Are Constantly Evolving
As technology continues to evolve and advance, it seems like the gaming world will follow directly behind it. Inspired by technology and the growth of it, gaming will go down as an American pastime and will influence future generations.