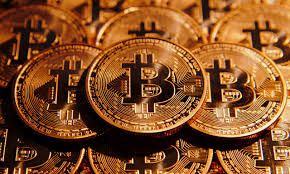 The most successful crypto currency to date, Bitcoin seem en route to a revolution across the contemporary payment system. Bitcoin has officially reached new heights when Mike Tyson has his own line of Bitcoin-branded ATMs. The boxing legend says he's "grateful for being a part of bitcoin revolution".

The Bank of England predicted that Bitcoin revolution is likely to be next Internet in terms of global phenomena. According to the iconic English financial body, cryptocurrencies such as these hold great potential to cause tectonic shifts in payment industry; just as he Internet has redefined our way to access information Bitcoin, too, could eventually reshape how Britons would pay for services and goods.

Even with such massive names fueling the buzz the majority of the otherwise-plugged-in population is still largely intimidated by cryptocurrencies and the perks of using Bitcoin.

Here are some brief positives on Bitcoin:

How do you use Bitcoin?

Here are 4 ways how you can take part in the game-changing Bitcoin system:You can acquire the Bitcoins in 3 ways: by accepting payments in Bitcoin, by mining Bitcoin, and by purchasing it on a Bitcoin exchange.

This is the simplest route to take. If you're a business owner you can begin accepting payments in Bitcoin via merchant solutions.

Last year, there were 100,000+ retailers who began accepting Bitcoin payments via designated payment processors like Coinify, BitPay and Coinbase. Some of the largest names include Microsoft, Tesla, and Amazon.

Any individual can also receive Bitcoin. If you've set up a wallet at blockchain.info you can simply provide your receiving address or QR code to the sending party.

When it comes to mining Bitcoin it happens through a virtual online network. You would simply need a strong computer packed with specialized Bitcoin mining software, which is programmed to solve challenging math puzzles.

You can even join Bitcoin mining pools that distribute portions of decoding to many users. In this case, the mined Bitcoins would be divided amongst all in the mining pool.

Bitcoin can also be purchased by linking your bank account to Bitcoin exchanges like Coinbase. You can then simply store it for investment, transfer it to a Bitcoin wallet like blockchain.info, or make purchases directly with supported merchants like eGifter. A Bitcoin wallet will store keys that are matched to the wallet owner's Bitcoin address, which serves as proof of your Bitcoin ownership.

2. Get into the habit of using Bitcoins

Opt for Bitcoins whenever it comes to making and receiving payments. A wealth of industries today - ranging from food to travel to electronic goods retailers to car dealerships to fashion stores - accept and extend Bitcoins.

The online gaming space seems to be a particularly good fit for Bitcoin as MMOs like Crowfall have started accepting it. Casino sites like Zynga and Ignition Poker have embraced Bitcoin for its anonymity and speed of payouts to players.

When it comes to engaging in Bitcoin-related services, you have the option of hardware or digital wallet services and bitcoin exchanges.

Bitcoin users want a safe place for Bitcoin storage. A digital wallet is akin to an online bank account. However, as with anything online, hacking is a remote vulnerability. Bitcoin was structured to also support hardware wallet services. Also known as cold wallets, the hardware option isn't connected to the Internet.

With the popularity of Bitcoin skyrocketing in the past 2 years Bitcoin exchanges or payment processors have been in high demand. The good news is that there are venture capitalists waiting to invest big time in such services. One of the largest exchanges that I've used personally is Coinbase.

4. How about investing in Bitcoin?

Bitcoin can potentially be a lucrative investment option as its value is based on supply and demand, just like a public stock. The Bitcoin code also puts a cap on the number of available coins, making it very different than a currency that can be printed endlessly.

74% of Bitcoins have been mined out already and only about 21 million are left. Moreover, its prices have shown to be highly volatile. A good number of smart investors have seen massive profits simply by purchasing Bitcoin and then selling them after a price increase, which has sometimes exceeded 5-10% in a 24-hour period.

When will you be joining the Bitcoin revolution?
All products recommended by Engadget are selected by our editorial team, independent of our parent company. Some of our stories include affiliate links. If you buy something through one of these links, we may earn an affiliate commission.