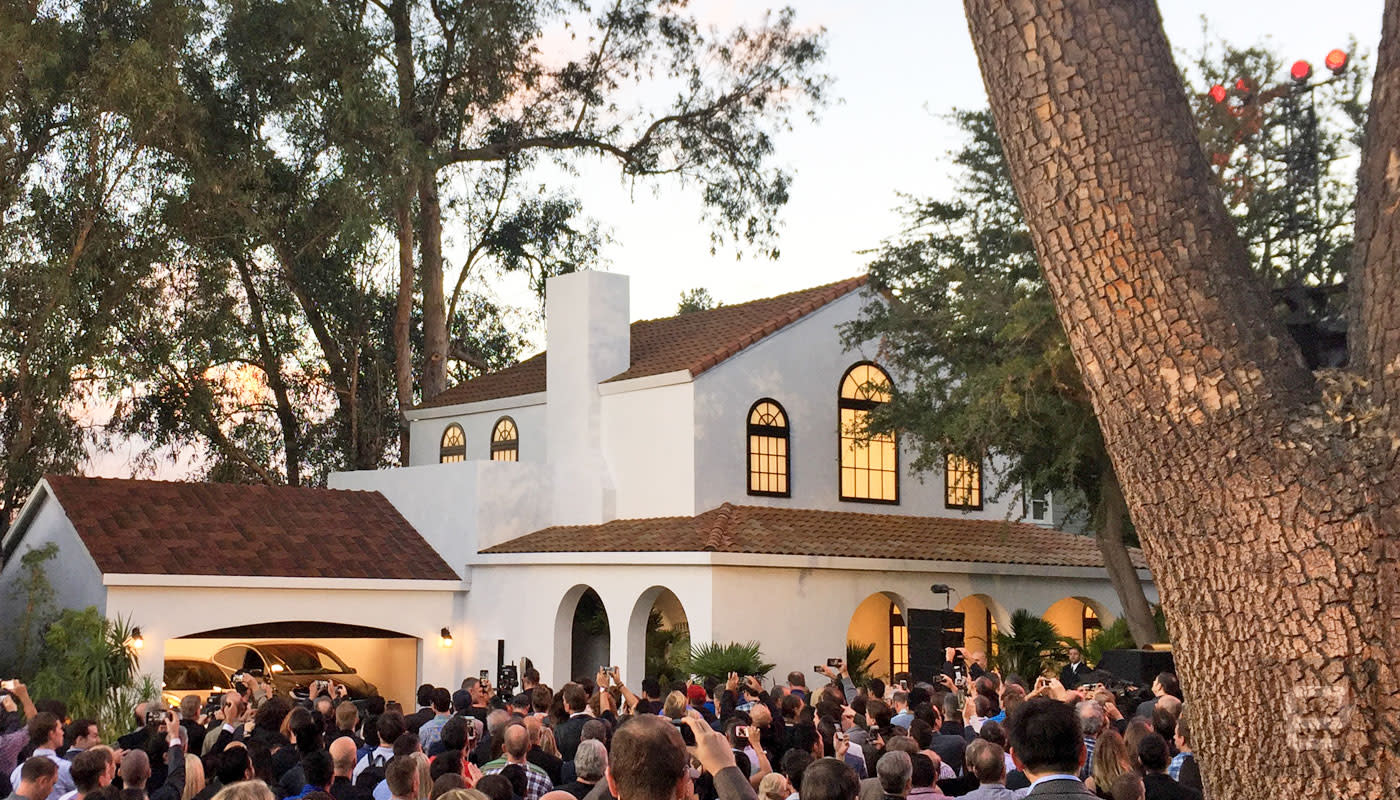 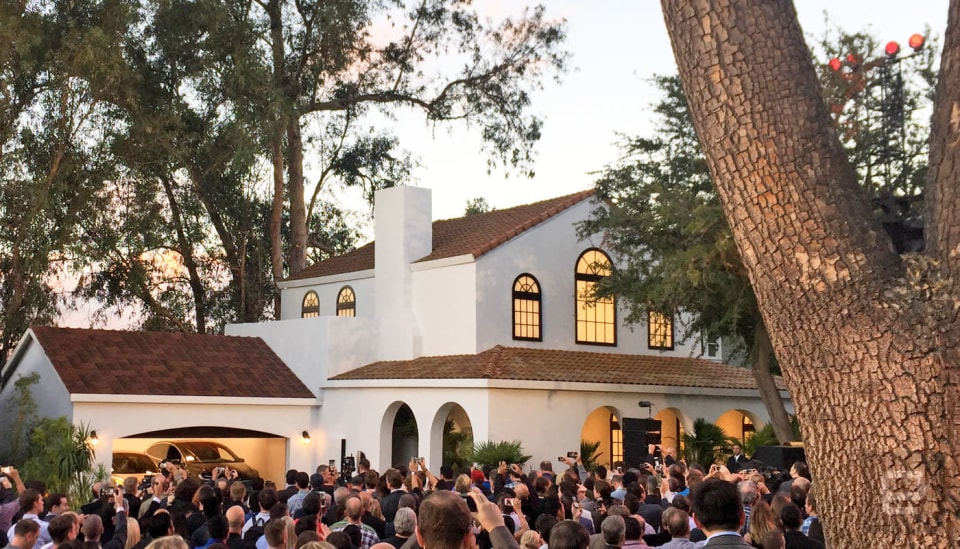 Musk and company have been teasing these photovoltaic cell-embedded rooftop panels for a few weeks. The event was probably timed as an grand explanation for why it's important that the automaker acquire Solar City. Musk said that if the merger doesn't go through, the launch of the new tiles will be difficult.

During the event, Musk talked about the price of the panels -- sort of. He said that the "installed cost is less than a normal roof and the cost of electricity." But there was no concrete pricing announced noting that it's difficult to put a price on what it'll cost for every house. Of course a price per square foot would have been helpful. Ultimately, the company plans to sell the tiles directly to customers instead of working with home builders. Tesla did install non-operational tiles on the Desperate Housewives' homes before the event. While everyone waited for Musk to take the stage, no one took notice of the homes because they seemed so normal. That's exactly what Tesla and Solar City were going for. In fact, Musk also showed off a Tuscan-style house with glass tiles on the roof of the garage that to the naked eye, probably doesn't look like it's harnessing the energy of the sun. The rest of the house had its original tiles, with Tesla noting that this sort of installation gives home owners the opportunity to only place only the solar panels they need while keeping their abodes looking good. "People love their homes and we want them to be better," Musk said. Of course the entire equation requires batteries to keep the humming along when the sun goes down. With that in mind, Tesla also introduced a new version of its Powerwall. The company said the two 14kWh lithium-ion batteries inside each pack (over double the capacity of the previous version) will power a four-bedroom house with lights, refrigerator and other appliances for an entire day.

The new Powerall also now includes a built-in power inverter. That's a departure from the previous version, which required a separate piece of hardware. The inverter in the new Powerwall works directly with the solar roof tiles to convert sunlight into electricity.

Musk said they will start installing the glass tiles in summer 2017 and insisted that the roofs will last a very, very long time. "We expect this to have two or three times the longevity of asphalt" he said. "It's really never going to wear out. It's got a quasi-infinite lifetime. It's made of quartz."

Tesla just closed out an impressive quarter in which it posted a profit for the first time in two years. It also announced earlier this month that all vehicles produced going forward would have the hardware capable of full autonomous driving.

In this article: ElonMusk, Energy, gadgetry, gadgets, gear, green, personal computing, personalcomputing, Powerpack, Powerwall, Solar, SolarPower, Tesla, transportation, uk-reviews
All products recommended by Engadget are selected by our editorial team, independent of our parent company. Some of our stories include affiliate links. If you buy something through one of these links, we may earn an affiliate commission.