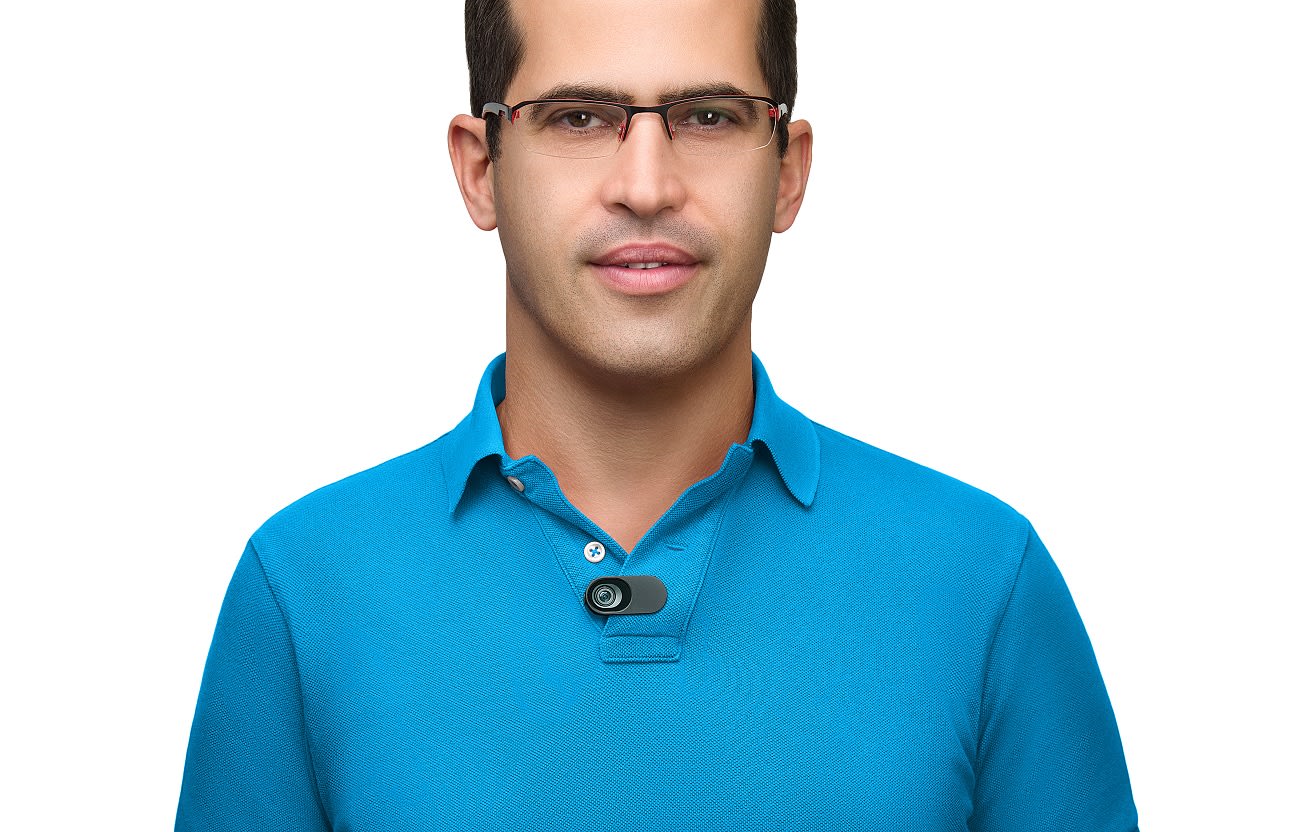 You've probably heard of wearable cameras from companies like Narrative, which clip onto your clothing and log images of your daily life. The upcoming MyMe from Orcam takes that idea to a whole new, and potentially even more useful, level. Instead of simply recording images, it uses artificial intelligence to respond to audio and visual information in real-time. MyMe consists of a camera that clips onto your clothes and a Bluetooth earpiece for relaying information. It could potentially do things like generate profiles of people you meet at a party and instantly send them to your phone, or chart what you've eaten throughout the day. Orcam calls this an "augmented attention" experience -- it'll deliver helpful information throughout the day, and hopefully make your interactions more meaningful.

In many ways, MyMe seems reminiscent of Google Glass. The company believes it has some major privacy advantages, though. MyMe doesn't actually save any images or recordings, all of its work is done in the moment. And it's camera doesn't sit right on your face, which should make people less skittish about being surveilled. Still, it'll probably be awkward explaining why you're wearing a camera on your shirt. And it'll be even tougher to convince people that you're not actually recording them.

With MyMe, OrCam clearly built on its experience with its original wearable, a smart camera device that helps the visually impaired. Its co-founder, Amnon Shashua, is also the founder of Mobileye, a company that's made a huge business with in-car cameras. There's still plenty we don't know about MyMe, but we hope to learn more at CES next week.

Via: NYT
Source: PRWeb
In this article: gadgetry, gadgets, gear, MyMe, Orcam
All products recommended by Engadget are selected by our editorial team, independent of our parent company. Some of our stories include affiliate links. If you buy something through one of these links, we may earn an affiliate commission.