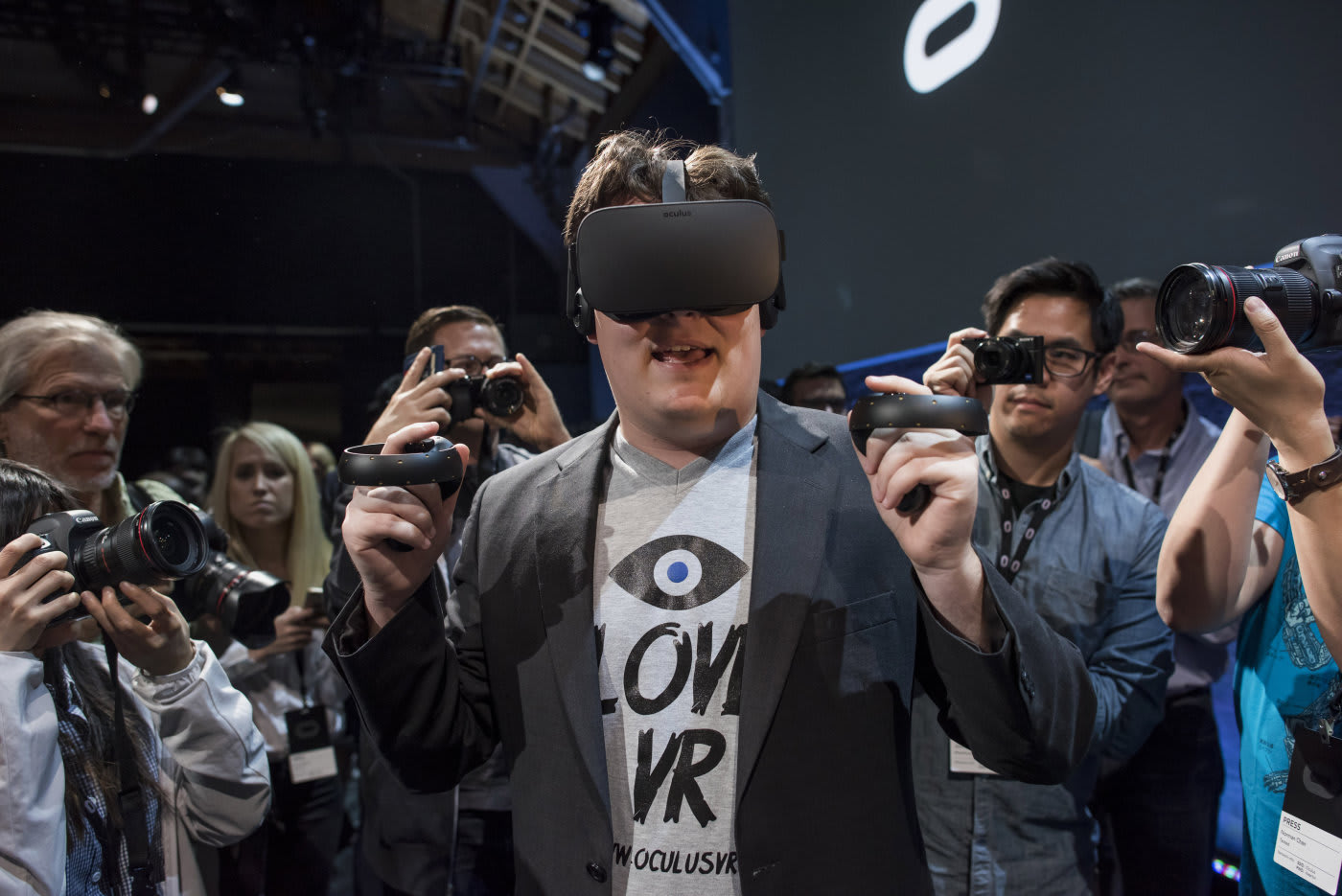 Pre-orders for the Oculus Rift go live on January 6th at 8AM PT, Oculus announced today in a brief blog post. There's still no word on how much the virtual reality headset will cost, though the company says it will share "everything you need to know to order your Rift" when pre-orders officially go live on Wednesday. The headset is scheduled to hit the market in early 2016.

The Oculus Rift will ship with copies of the platformer Lucky's Tale and space fighter EVE: Valkyrie. Every Rift will also be bundled with a wireless Xbox One controller, and the headset supports Xbox-to-Windows game streaming in a VR environment. As they stand on the precipice of mainstream VR, Oculus and Microsoft seem to be fairly cozy.

Oculus recently delayed the release of its Touch controllers, which are now scheduled to launch in the second half of 2016. The Touch controllers are motion-sensing accessories that allow players to move their arms more naturally within the VR space than they would holding a traditional gamepad. We tried out Touch at E3 in June and thought the controllers were "among the best and least gimmicky" VR input devices on record.

Source: Oculus
In this article: gear, Headset, Oculus, OculusRift, VirtualReality, VR, wearables
All products recommended by Engadget are selected by our editorial team, independent of our parent company. Some of our stories include affiliate links. If you buy something through one of these links, we may earn an affiliate commission.