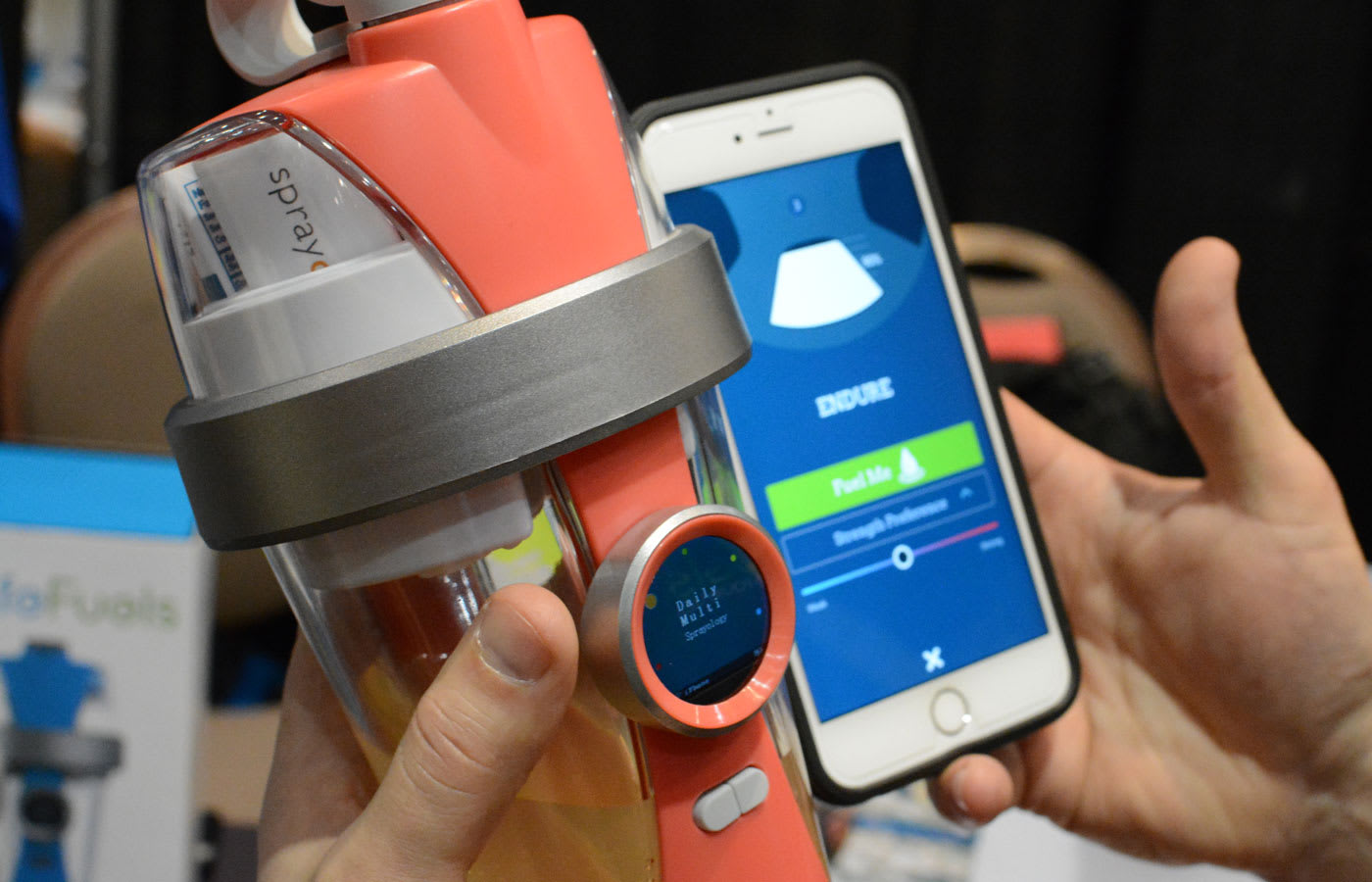 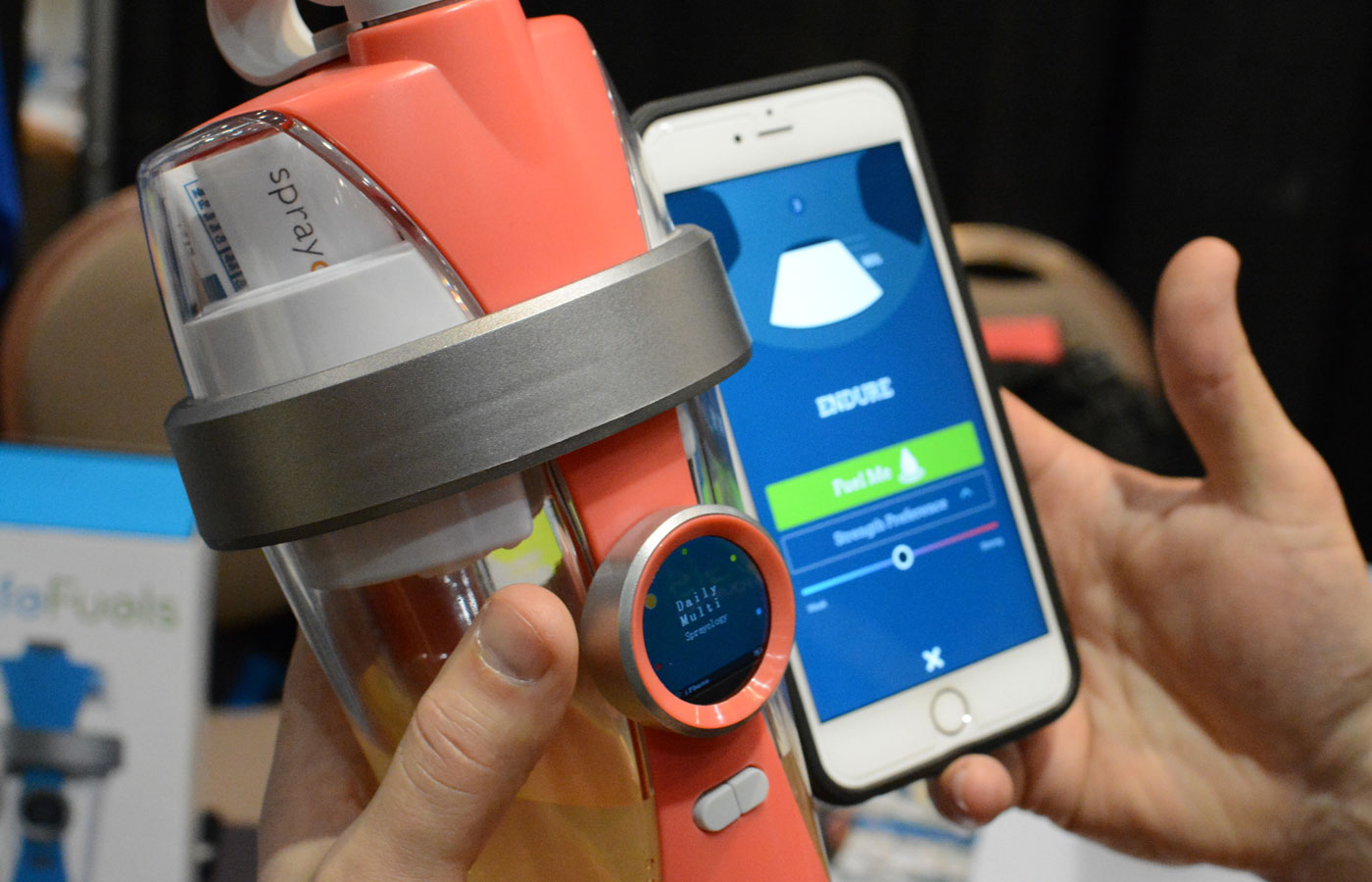 It's a water bottle with a color screen built-in. Nothing sounds more "ugh, CES" than that. However, the product is more serious than it sounds. And heavier than it looks. It also does more than just measure your water intake. LifeFuels is a new company, and this is its first product ever: a smart "nutrition" bottle that adds pre-measured amounts of concentrated supplements and flavors to the water inside. There's space inside the lid for five different "fuel pods", while Bluetooth connectivity to your phone will keep you updated on exactly how much water (coconut-flavored or otherwise) you've drank in the day. The water bottle does work on its own, though. There's a smartwatch-sized display lodged in the center of the bottle, with a pair of buttons underneath to select supplements and subsequently order them into your drink. Both the screen and the motors responsible for dropping in the supplements can be recharged wirelessly, and according to a LifeFuels spokesman, this will have to be done every couple of days -- depending on how much you like to supplement your life. The company has struck deals with 40 different drinks brands: the pods will come in a range including vitamin supplements as well as flavorings like coconut water. The smart bottle also pairs to health and fitness apps including FitBit, MyFitnessPal and Apple Health, sharing nutrition and water intake metrics where it can. The hardware looks like a protein shake shaker, but once you pick it up you can tell the difference: those supplement pods and hardware add some weight.

While it's the company's first product, it didn't take the crowdfunding approach. Instead, the first round or preorders sold out "in their hundreds" and the team is now taking preorders for a second round -- alongside 10 supplement pods, the set is priced at $195. Understandable, then, that LifeFuels is focusing on athletes, gyms and personal trainers at this initial (and expensive) stage. The company is aiming for a wider retail launch later in 2016.

Source: Lifefuels
In this article: ces2016, culture, food and drink, food-and-drink, foodanddrink, gear, hands-on, health, lifefuels, medicine, timeline16cesdayone, water bottle
All products recommended by Engadget are selected by our editorial team, independent of our parent company. Some of our stories include affiliate links. If you buy something through one of these links, we may earn an affiliate commission.