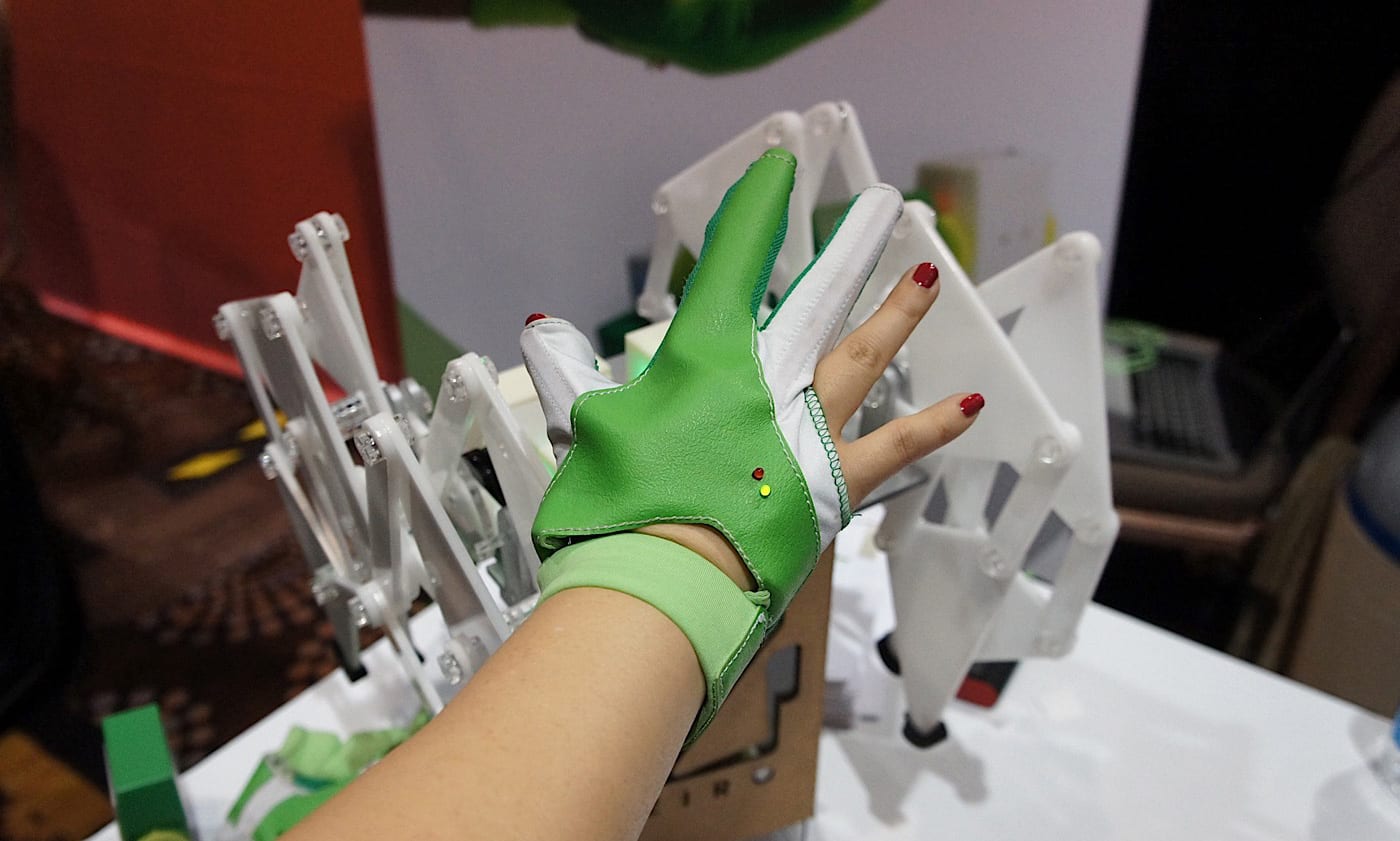 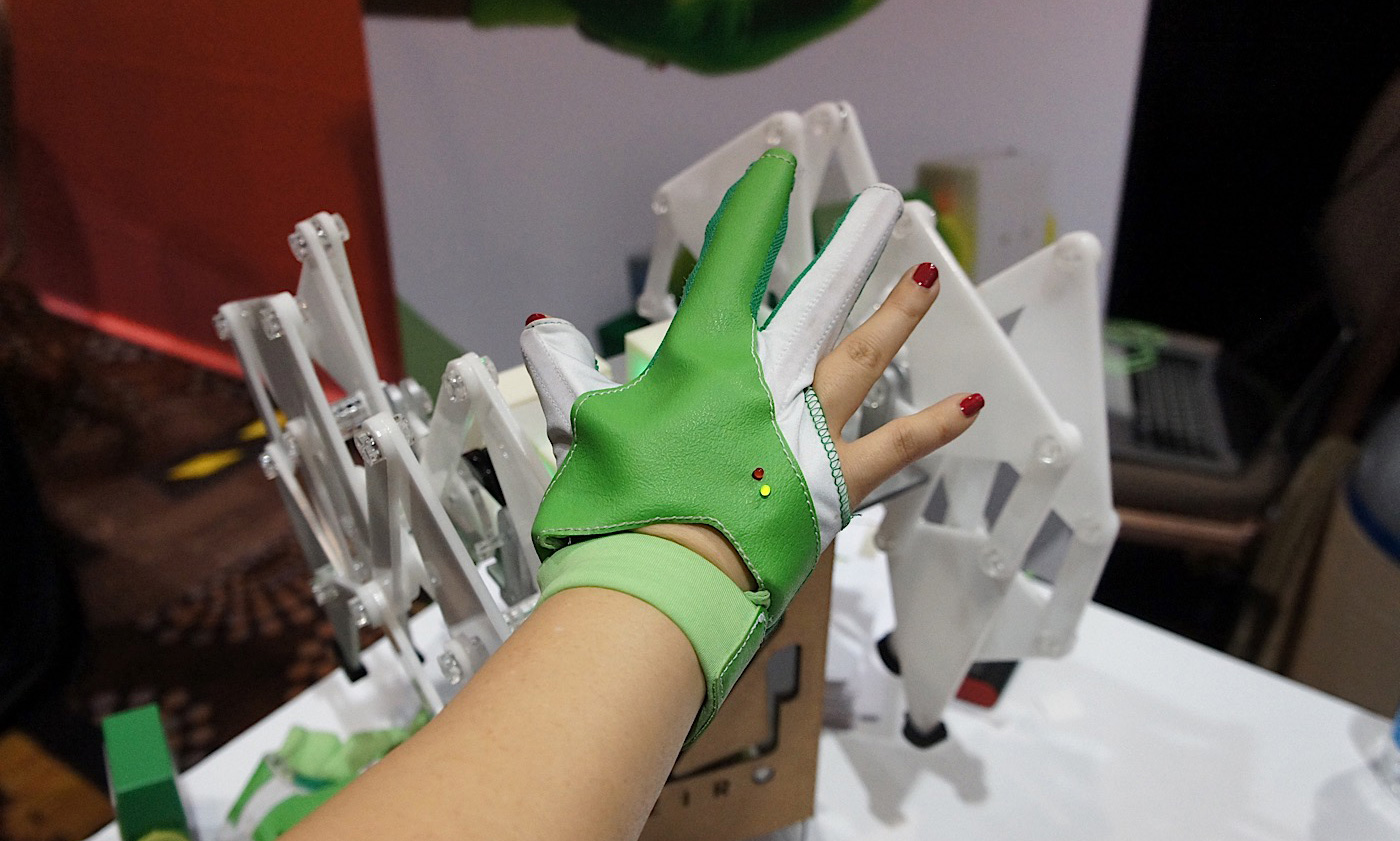 Forget controlling robots with clunky remotes -- ZeroUI wants you to start manipulating them with your hands. That's why it created the Ziro, a robotics kit that'll let you build your very own robot army -- or at least the beginnings of one -- and allow you to control it just by wiggling your fingers. The starter kit contains four wireless motorized modules, a remote-control glove, a charging station, basic building materials and a mobile configuration app for Android and iOS. It also includes a few simple model designs in the box, though it encourages you to be creative and make your own crazy creations instead.

Indeed, we spoke to Tanuj Siddarth, who's a product development engineer for Ziro, and he says the kit really is meant to be used with recycled products around the house, or maybe even bringing broken toys back to life. We had a little hands-on demo of it at the CES Unveiled show here in Las Vegas and it was pretty impressive how quickly the robots responded to the movements in the glove. You can program any gesture to any movement -- waving it can cause the robot to go forward while waggling your fingers around can cause wings to flap.

I had a chance to wear the glove myself and am happy to report that it's not at all uncomfortable and it was pretty easy to control the robot by just moving my hands up and down.

The detailed specs are as follows: the actuator modules are made of ABS, while the gloves are built with spandex, faux leather and flex and intertial measurement unit sensors. The glove essentially communicates with the modules via a private WiFi network, while the app is only needed for initial setup. The glove has about 5 hours of battery life while Ziro promises the modules should lastt up to 2.5 hours before needing to be recharged.

The company hopes to sell the Ziro robotic kits by the end of the month via an Indiegogo campaign. Each kit should cost around $200.

In this article: ces, ces2016, gadgetry, gadgets, gear, hands-on, robotics, ziro
All products recommended by Engadget are selected by our editorial team, independent of our parent company. Some of our stories include affiliate links. If you buy something through one of these links, we may earn an affiliate commission.