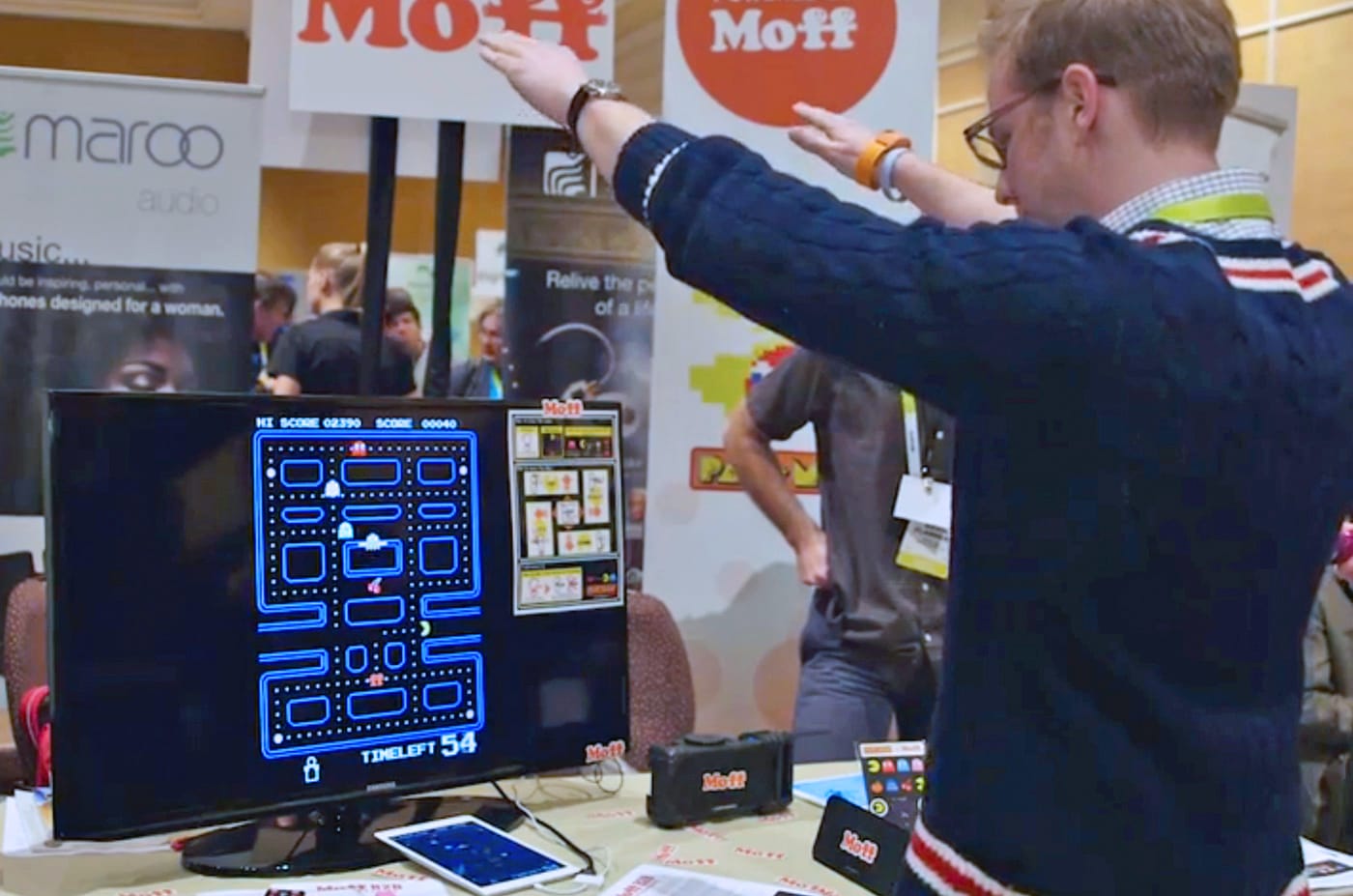 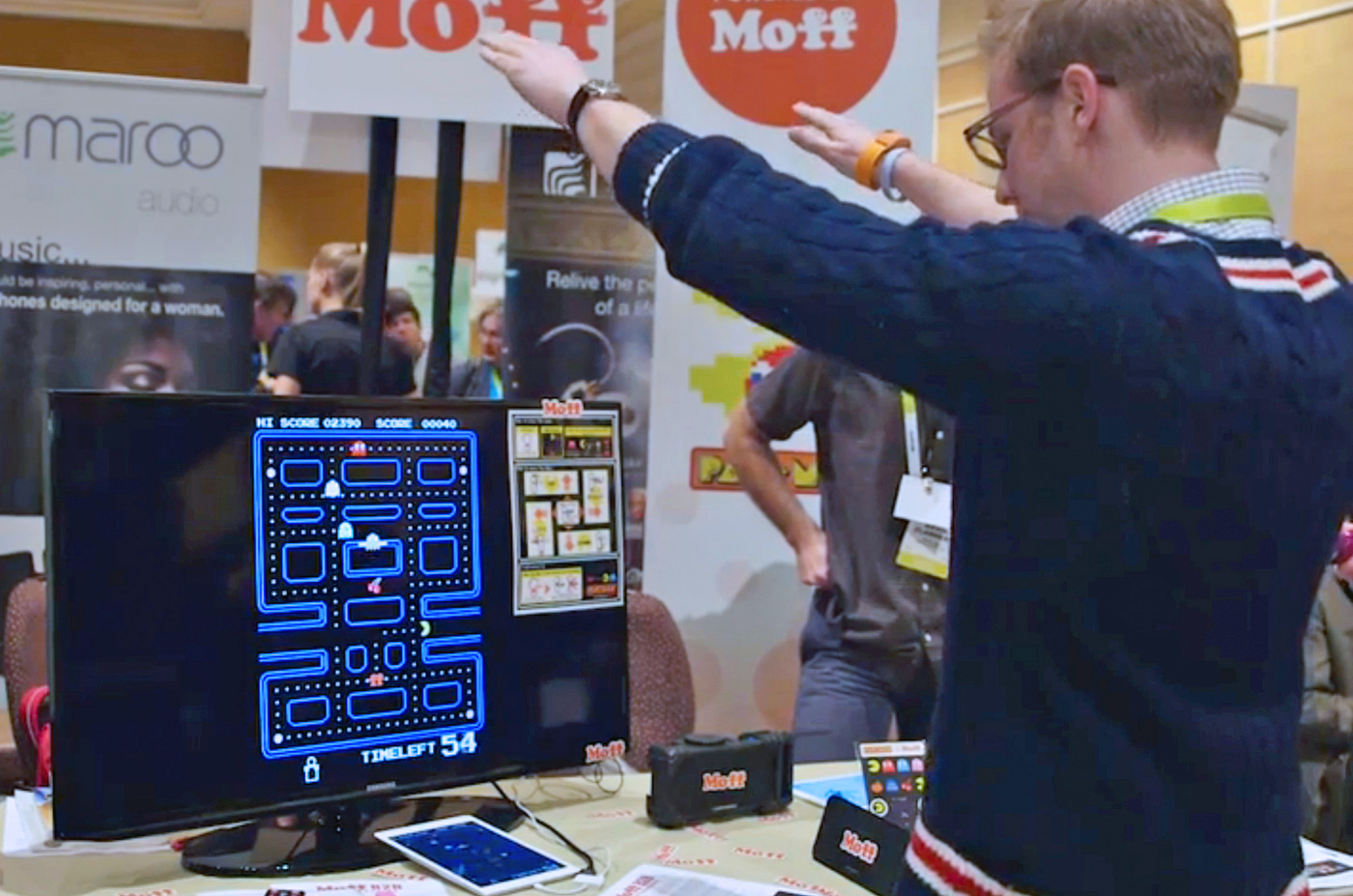 Gesture-based gaming ain't new, but using it to steer Pac-man around a maze is. Moff band, a Japanese gesture toy for kids, has teamed up with Namco-Bandai to bring gesture controls to smart device-based versions of Pac-man. Because it can. It's part of what Moff calls "gamified fitness technology" (you really have to wave your arms around to move the protagonist), but it's also silly and often a little erratic. In Moff's defense, a Bluetooth-connected controller will have troubles in a hectic show floor demo. Watch me embarrass myself for your entertainment after the break. I'm saying it was definitely a reception issue.

The Moff band is already on sale on Amazon for $55, while both the wearable's app and the PBS Kids Party App are also available on iTunes, Google Play and Amazon.

In this article: ces2016, gadgetry, gadgets, gaming, gear, hands-on, moffband, pacman, video, wearables
All products recommended by Engadget are selected by our editorial team, independent of our parent company. Some of our stories include affiliate links. If you buy something through one of these links, we may earn an affiliate commission.