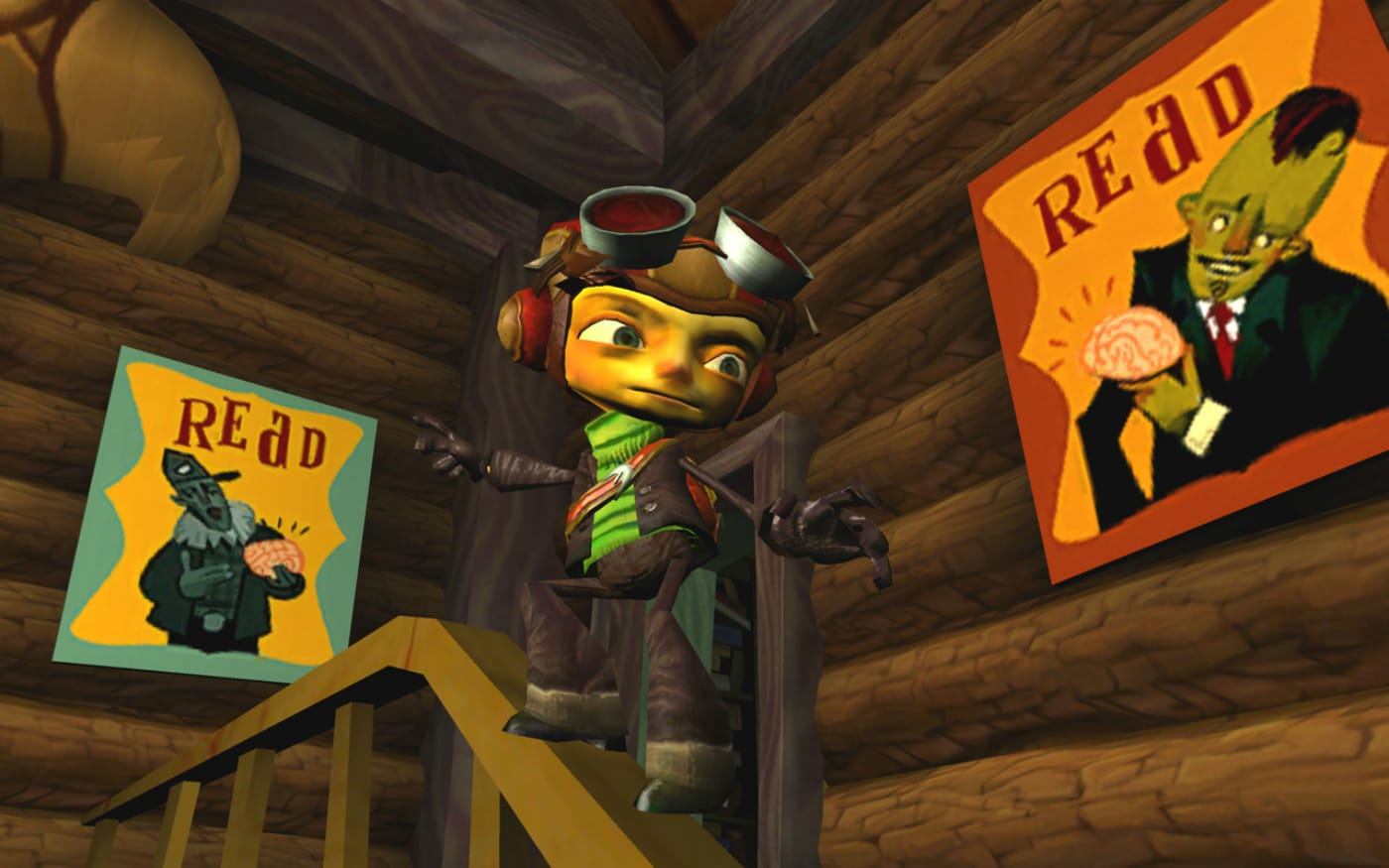 Slowly but surely, Double Fine Productions is re-releasing its greatest hits on the PlayStation 4. In addition to Grim Fandango, Full Throttle and Day of the Tentacle, the developer has announced plans to bring Psychonauts to Sony's latest system. Unlike Double Fine's point-and-click adventure games though, it won't be getting the full remaster treatment -- instead, it'll just be a straight port of the PC, Xbox and PS2 classic. The original wasn't a massive success, but its mixture of solid platforming and timeless Tim Schafer humour won it plenty of praise from the press in 2005.

Since then, its cult following has grown. Double Fine updated and republished the game in 2011, before launching a crowdfunding campaign for a sequel late last year. With over 20,000 backers, Psychonauts 2 has reached its £3.3 million goal -- and to top it off, Double Fine is also working on a PlayStation VR title called Psychonauts in the Rhoombus of Ruin. If you were a fan of Raz and his mind-bending adventures, you'll want to pick up a PlayStation 4 (if you haven't done so already) -- the once obscure franchise will soon have a trio of titles on Sony's popular console.

Source: PlayStation Blog
In this article: av, doublefine, doublefineproductions, gaming, playstation4, ps4, psychonauts, psychonauts2
All products recommended by Engadget are selected by our editorial team, independent of our parent company. Some of our stories include affiliate links. If you buy something through one of these links, we may earn an affiliate commission.