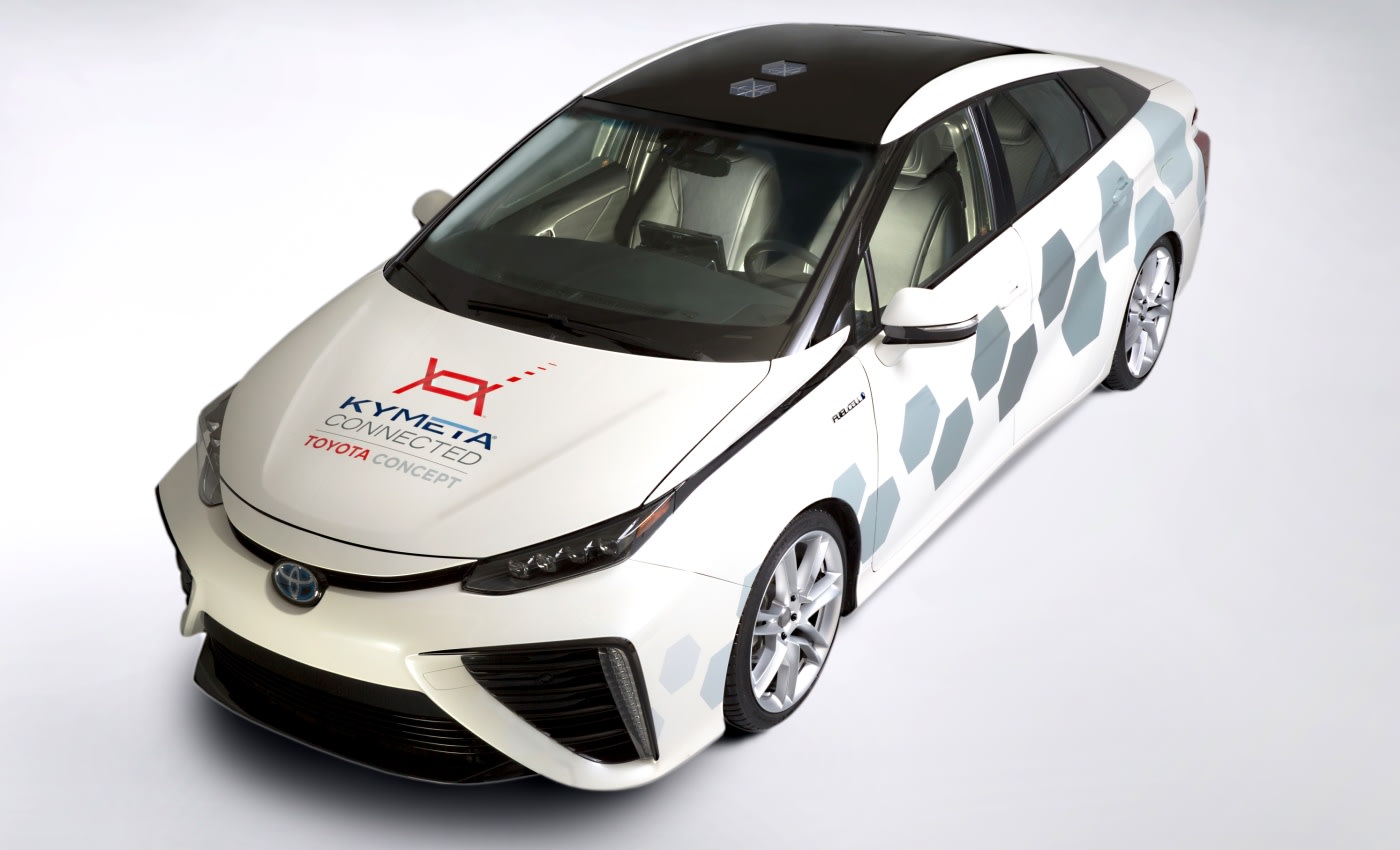 Connected vehicles need to connect in more and better ways. That's why Toyota's new research vehicle that's been built into a Mirai fuel cell car has tech that lets it get connected in a big way. Things like flat-panel antenna that talks to satellites connected. The special hydrogen-powered Mirai gets its new tech from Kymeta, which Toyota says is the "world's leader in flat-panel antenna technology." These new antennas and their satellite connections allow for "huge amounts of data" to be sent to the car, which should be more stable and secure, "particularly in emergencies such as natural disasters." Toyota has an exclusive right to develop and test Kymeta's on-car antenna, but Kymeta also partners with Panasonic for an antenna that works with boats on the open water.

Toyota's goal here is to make future cars more communicate-y by installing a "Data Communication Module" into more vehicles. In a statement, Toyota Motor Corporation's senior managing officer, Shigeki Tomoyama, said, "For several years, Toyota met with emerging companies around the world to investigate new technologies. We were very excited to learn about Kymeta, because their flat antennae technology could solve the challenge of vehicle-based satellite communications."

Source: Toyota
In this article: 2016 detroit auto show, autoblog, gear, kymeta, mirai, NAIAS2016, satellite, syndicated, toyota, toyota mirai, transportation
All products recommended by Engadget are selected by our editorial team, independent of our parent company. Some of our stories include affiliate links. If you buy something through one of these links, we may earn an affiliate commission.