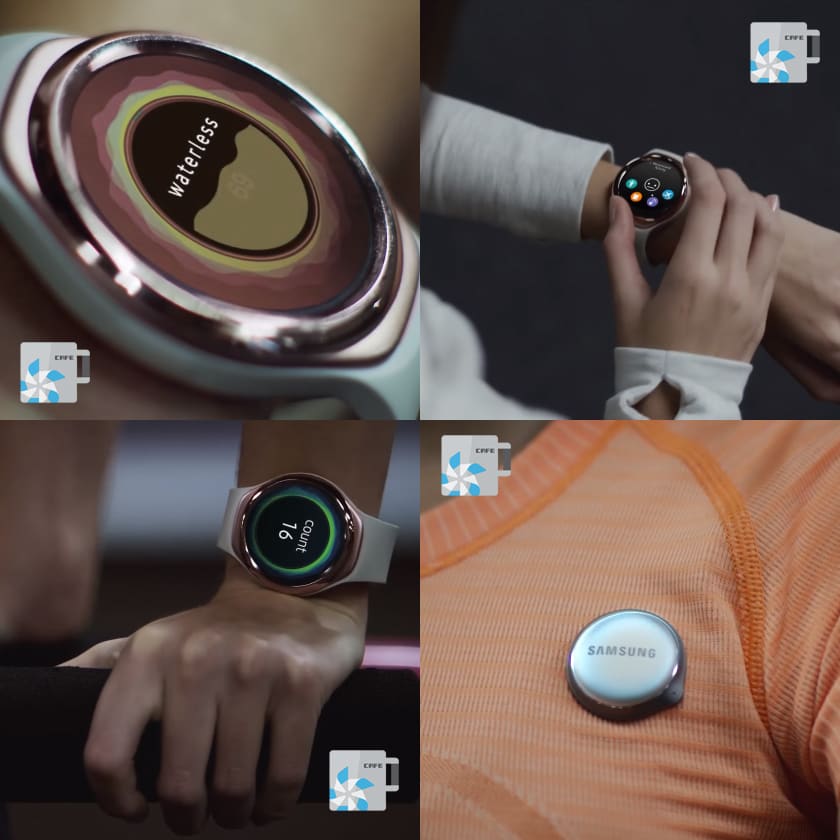 It's been a couple of years since Samsung announced its last dedicated fitness tracker, the underwhelming Gear Fit. Now, leaked images suggest it's getting ready to launch a new device in the coming months. According to Sammobile and Tizen Cafe, the SM-R150 (expect that name to change) is likely to be a fitness-focused wearable based on the company's new Bio-Processor chip.

The device appears to be styled like a sportier version of the Gear S2, complete with its signature rotating bezel. Whether the SM-R150 will be a full-fledged smartwatch, or a more focused device to take on cheaper wearables like the Fitbit Surge or the Jawbone Up3, is unknown. The interface shown in the leaked images is certainly reminiscent of the company's Tizen-based smartwatch, but there's no evidence yet of any functionality beyond fitness and music applications.

More enigmatic still is the unnamed wearable that's attached to a shirt in the above image. It appears to be around half the diameter of the watch itself, and likely expands the number of vital signs the SM-R150 can track. With the annual Mobile World Congress just a month away, we're likely to find out a lot more about the new device sooner rather than later.

Source: Sammobile, Tizen Cafe (Twitter)
In this article: fitness, gadgetry, gadgets, gear, GearsS2, samsung, wearables
All products recommended by Engadget are selected by our editorial team, independent of our parent company. Some of our stories include affiliate links. If you buy something through one of these links, we may earn an affiliate commission.