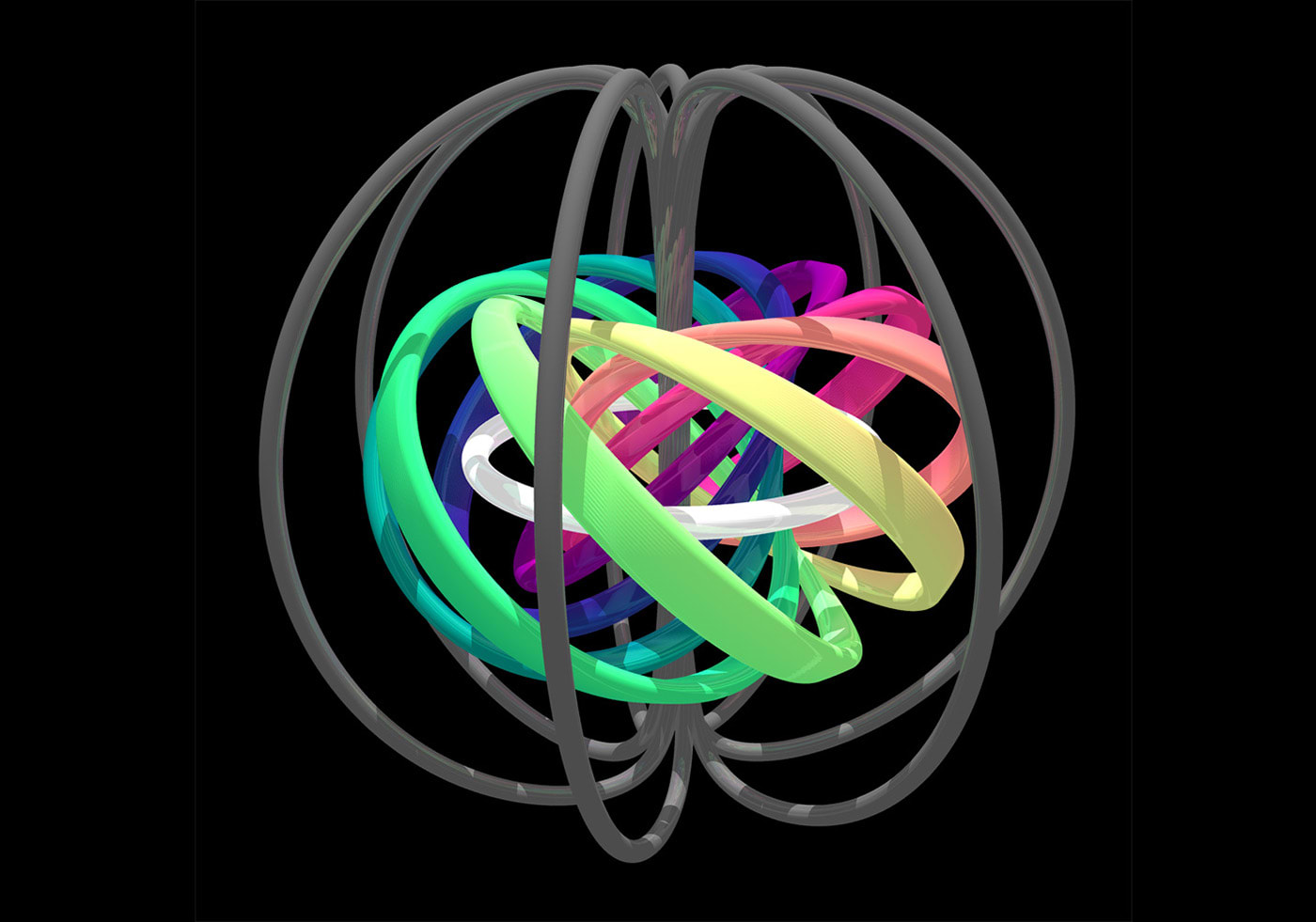 As if quantum physics isn't knotty enough, scientists have now figured how to tie quantum materials into literal knots. A team from Finland's Aalto University, in collaboration with Amherst College, made a very fancy sailor's hitch with a quantum gas called a Bose-Eisenstein condensate (BEC). The material only exists at near absolute zero temperatures, but the team managed to tie it into a donut-shaped mass of loops called a Hopf fibration. It's not just an amusing parlor trick -- tying quantum materials into complex shapes may accelerate the development of ultra-fast, stable quantum computers.

Tying the knots required some practice. To do it, the scientists applied a magnetic field to the BEC material to create a "quantum field" cloud that's aligned in a single direction. Then, they quickly switched the magnetic field so that it focused to a single point in the center of the cloud. At that point, the quantum field ties itself into a Hopf knot in less than a thousandth of a second. (If that sounds like gibberish, there's a better explanation in the video below.) The result is a an extremely stable structure composed of infinite linked rings, which can't be untied without breaking the rings. "After we learned how to tie the first quantum knot, we have become rather good at it. Thus far, we have tied several hundred such knots," says Amherst Professor David Hall.

The knots, of course, are only possible in the bizarre world of quantum physics where particles can be in two places at once. Scientists have long speculated that such structures were possible, but these are the first to be created and visualized. "Now that we have seen these exotic beasts, we are really excited to study their peculiar properties," says Mikko Möttönen from Aalto University. They hope the research will result in ultra-fast "quantum topological computers" that are far more stable than current quantum computers. If that sounds like a far-out sci-fi dream, Microsoft, for one, is very interested in the tech.

Via: New Scientist
Source: Aalto University
In this article: AaltoUniversity, personal computing, personalcomputing, Physics, Quantum, QuantumComputing, QuantumKnots, science, video
All products recommended by Engadget are selected by our editorial team, independent of our parent company. Some of our stories include affiliate links. If you buy something through one of these links, we may earn an affiliate commission.