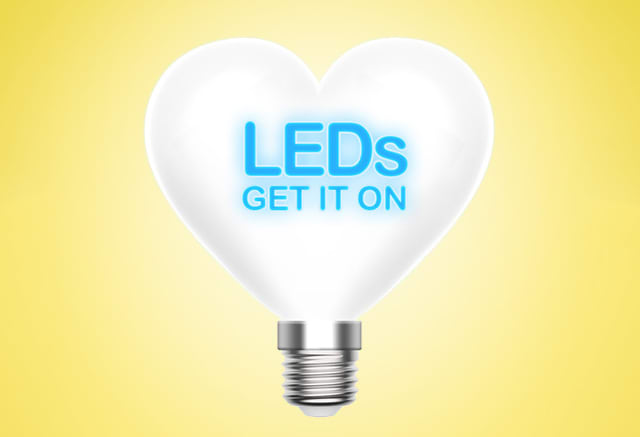 If you're the sort of person who gets worked up about what goes in your light fixtures, listen up. Starting today, GE is phasing out production of compact fluorescent light bulbs — yeah, those curly ones — in the US in favor of more efficient LED light bulbs. Don't expect those other bulbs to just disappear all at once, though. GE North American lighting GM Daraius Patell said the company plans to end production by the end of the year, but CFLs probably won't be downright scarce until the end of 2017.

It's a move that's been a long time coming, Patell said. While CFLs offered a more energy efficient approach to lighting than the usual incandescent bulbs, they lack the latter's flexibility and charm — CFLs often couldn't dim, were slow to warm up and put out what Patell called "mediocre" quality light. Meanwhile, LED bulbs have dropped in price to the point where they're neck-and-neck with CFLs anyway, and old-school incandescents have always had the advantage of being very cheap. (Well, barring one-offs, of course.)

GE is one of a crew of companies currently making CFL bulbs. No other company has announced this sort of proactive move, but a recent change in how Energy Star ratings are assessed might just force their hands. The body that doles out those desired ratings has changed its standards to reward even more energy efficient bulbs, and Patell says getting CFL bulbs to that level of efficiency will take an unwelcome amount of effort and investment. It's a lot of extra work for not much payoff. LED bulbs are expected to account for 50 percent of light bulbs sold out there by 2020, and the companies are seeing the buzz around Smart LED bulb driving growth. The smart move is to just dump money into making more of those.

The economics would indicate the end of the CFL is nigh, and some people just won't miss them. Pour one out for those curly bulbs this year — it's the nice thing to do.

In this article: business, cfl, ge, ge lightbulb, gear, led, lightbulb, lightstik, philips, philipshue
All products recommended by Engadget are selected by our editorial team, independent of our parent company. Some of our stories include affiliate links. If you buy something through one of these links, we may earn an affiliate commission.