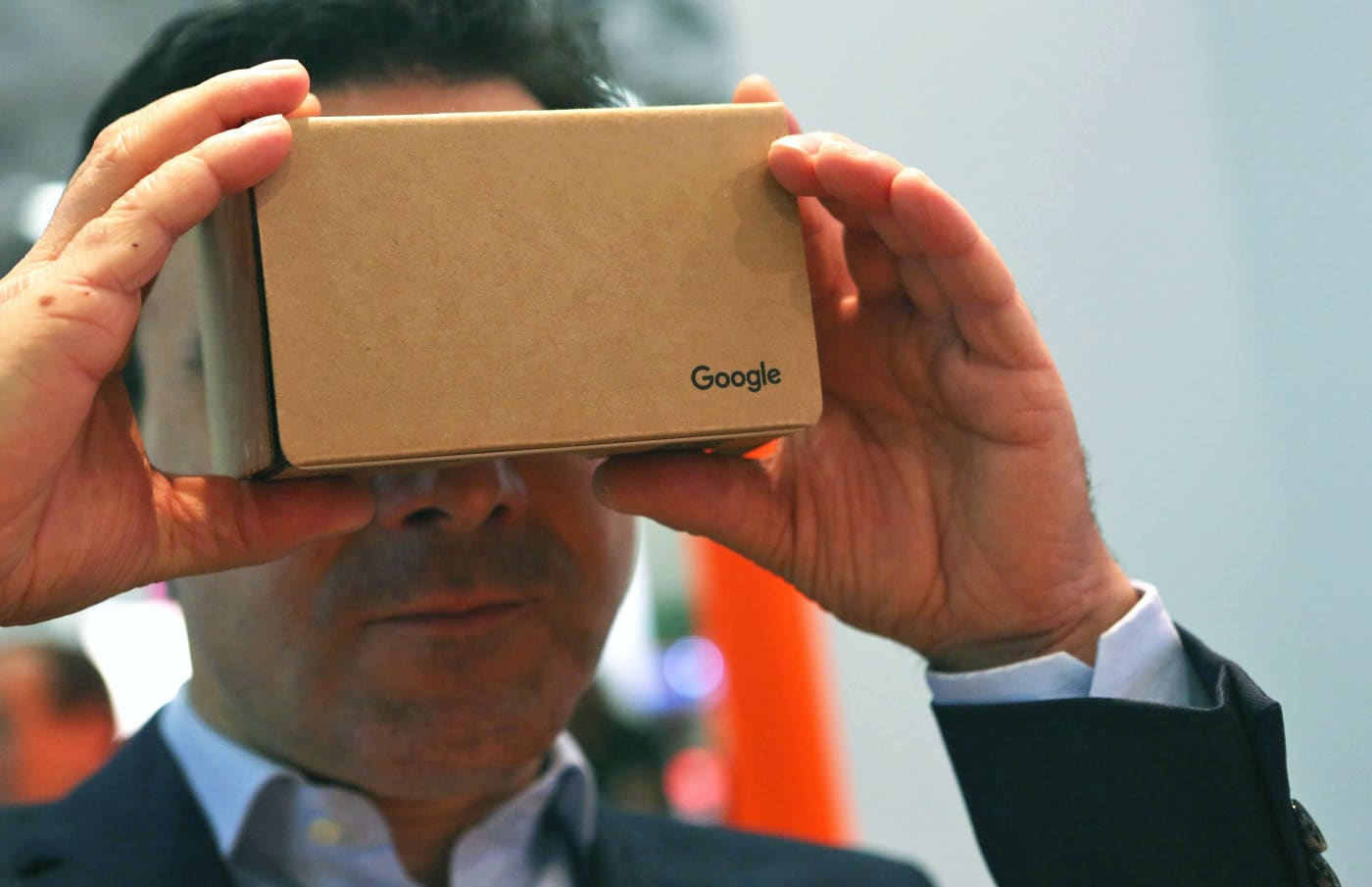 Clues have been circulating about Google's plans for a new VR headset in recent weeks. Now, the Wall Street Journal reports that Mountain View is working on a second virtual reality device. Unlike the headset we've seen tipped already, the second gadget is said to be a standalone unit that doesn't require a phone or PC in order to work. If this is true, it will be the first device to function without being connected to a computer or mobile device. A few days ago, a report surfaced stating that Google had a new headset in the works that would be a much more advanced version of Cardboard, but would still use a handset to drive the visuals.

The WSJ report goes on to explain that Google is actually working on two separate pieces of hardware. That unit we heard about last week, which could be something like Samsung's Gear VR, is said to still be on tap this year, packed with chips and sensors of its own. By joining the virtual reality fray, Google would be competing with Samsung, HTC, Sony and Oculus in the space. However, three of those four companies have products that need a PC or game console in order to work.

Google is reportedly working with Movidius on motion-tracking cameras for the standalone headset. If you'll recall, the duo also worked together on the Project Tango, a smartphone that packed in 3D depth-sensing tech. In terms of a release date, details are understandably scarce as it seems to be early in the development phase. One source told the Wall Street Journal it may debut this year while another claimed Google could decide to scrap it entirely. However, the report does indicate that we could see the headset for phones debut at this year's Google I/O developer conference. That piece of hardware would arrive alongside the annual update to Android, including features to properly accommodate VR gadgets.

Source: Wall Street Journal
In this article: av, cardboard, entertainment, gaming, google, hardware, headset, vr
All products recommended by Engadget are selected by our editorial team, independent of our parent company. Some of our stories include affiliate links. If you buy something through one of these links, we may earn an affiliate commission.