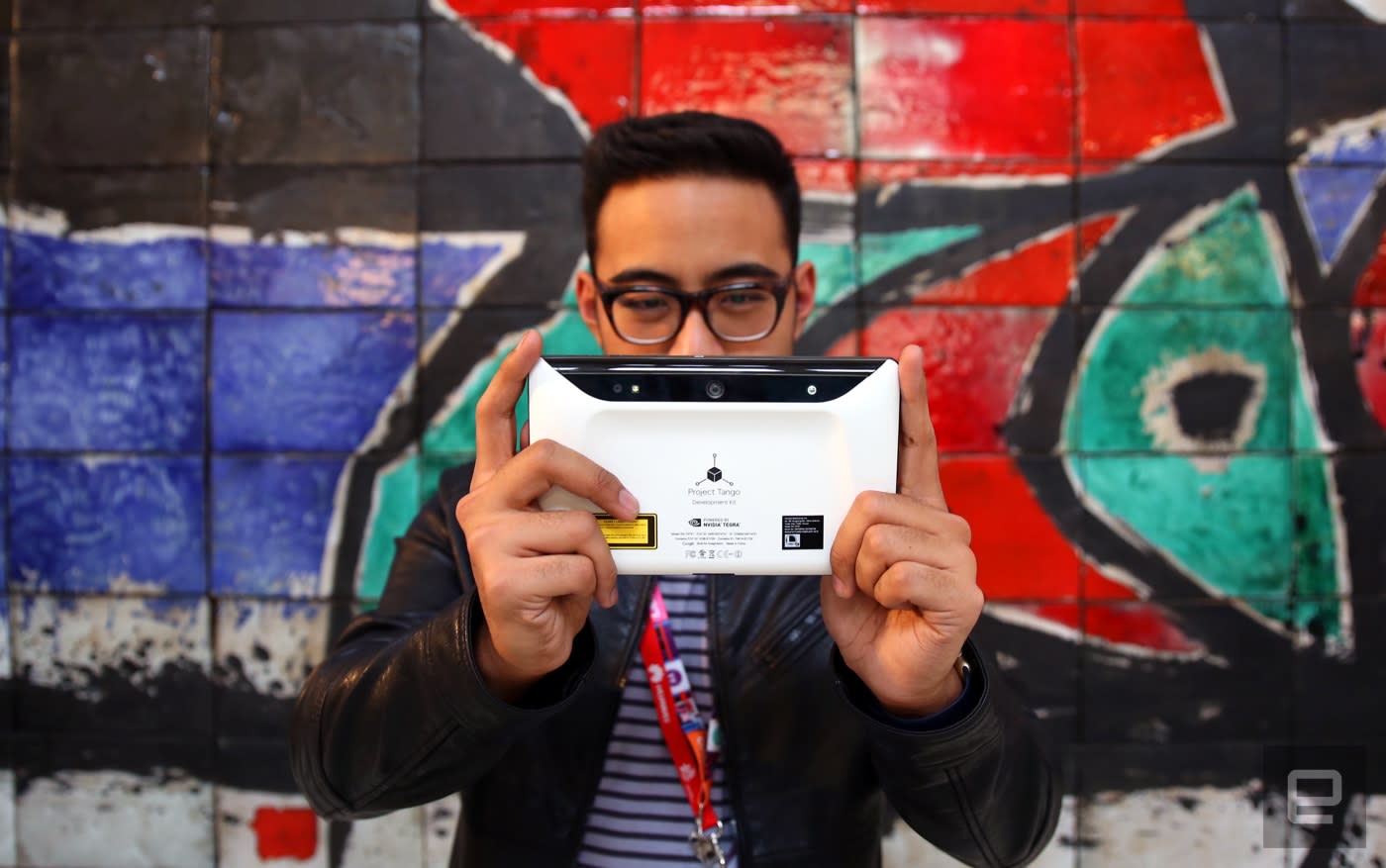 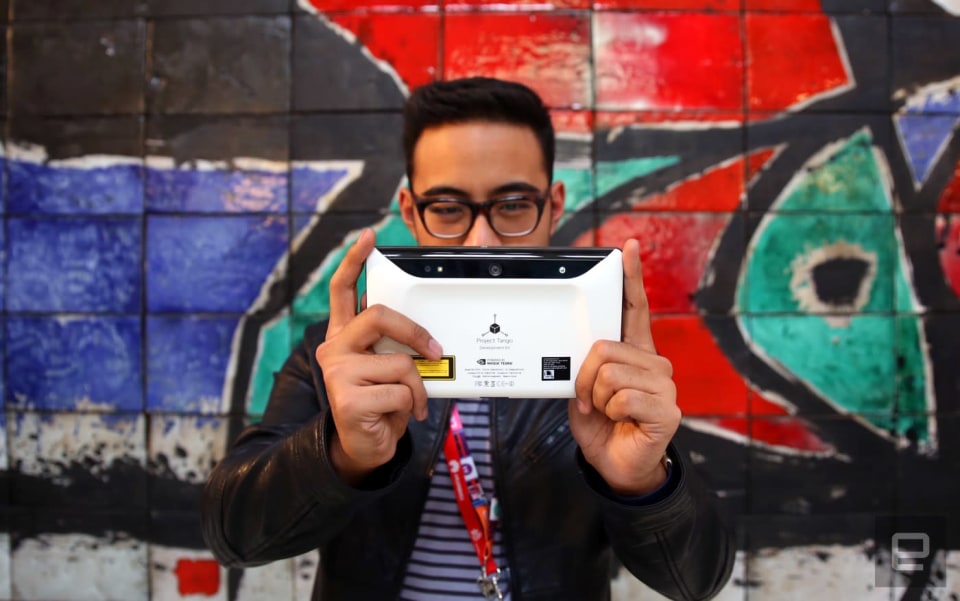 Lenovo and Google are hard at work on the first consumer-friendly Project Tango smartphone, but actually building the thing isn't the only hurdle that needs clearing. The bigger problem is an existential one: How do these huge companies convince people that spatial-sensing smartphones are worth buying over another shiny flagship? The key is building fun, useful experiences that are possible only with the fine-grained location data Tango devices can capture, and I got to play with a couple on a field trip to Barcelona's gorgeous Museu Nacional d'Art de Catalunya.

First off, no, I didn't get a chance to play with the in-progress Tango smartphone. I'm told that the device has a final production design, but it's still far from being ready for public manhandling. Instead we were given the usual black-and-white Tango developer tablets (which is always sort of a treat, since Google can be coy about letting non-staffers and non-developers tote them around). Before letting me loose in the museum's beautiful halls, Googlers let me play with a Tangofied version of Glympse, an app I already use extensively to let friends keep track of me/my phone's location during road trips. This time, though, Glympse was adapted to highlight other people with Tango tablets -- even when they were behind walls or around corners -- with cutesy cubes hovering above their heads. This means the final version may well be a great way to pick your friends out of a crowd; you'll presumably get to customize a profile cube of sorts so you're not wandering around with a squirrel over your head like I was. That was mildly fun and all, but before long we were being ushered into a dimly lit room with Catalonian classics adorning the walls. A tour guide offered me a Tango tablet running a self-guided-tour app by GuidiGO with a few demo points already loaded on a floor plan. One tap was all it took to launch an augmented-reality view, while pointing the tablet at the floor revealed a trail of blue, digital breadcrumbs leading us through the museum's twisty corridors. Upon reaching one of the pre-marked spots and parking in front of portraits of an artist's barstool comrades, I learned more about their histories by tapping a luminescent spot in the app's AR view.

It was around then that Tango's true potential sort of slapped me in the face -- these sorts of experiences could easily be scaled beyond just stunning museum exhibits. In a few years, we could be finding our seats at football games without having to ask someone. Or feeding augmented-reality puppies while we wait for the L train to arrive. Or any number of seemingly bizarre but also pretty cool things we just haven't conceived of yet. And all of that because Tango devices are very good at figuring out where they are and what's around them. In that moment, Tango became more than just a technological novelty; it became a glimpse into a future that's almost within reach. It clicked, and now I can't unsee it. Still, it'll take plenty of work and time to get there. The tour app I used often glitched when someone walked in front of me, obscuring some key identifying visual details in the room. And reorienting the tablet's sense of location took a surprising amount of walking around. Little bits of friction like this could make Project Tango unpalatable to the buying public, so ironing them out is crucial before those first devices reach store shelves. Lenovo says the phone is still on track for that summer launch, though -- here's hoping the platform's developers get their wares polished up before then. Tango doesn't deserve anything less.

In this article: android, ar, augmentedreality, gear, google, lenovo, location, mobile, mobileworldcongress, mobileworldcongress26, mwc, mwc2016, projecttango, smartphone, tablet, tablets, tango
All products recommended by Engadget are selected by our editorial team, independent of our parent company. Some of our stories include affiliate links. If you buy something through one of these links, we may earn an affiliate commission.