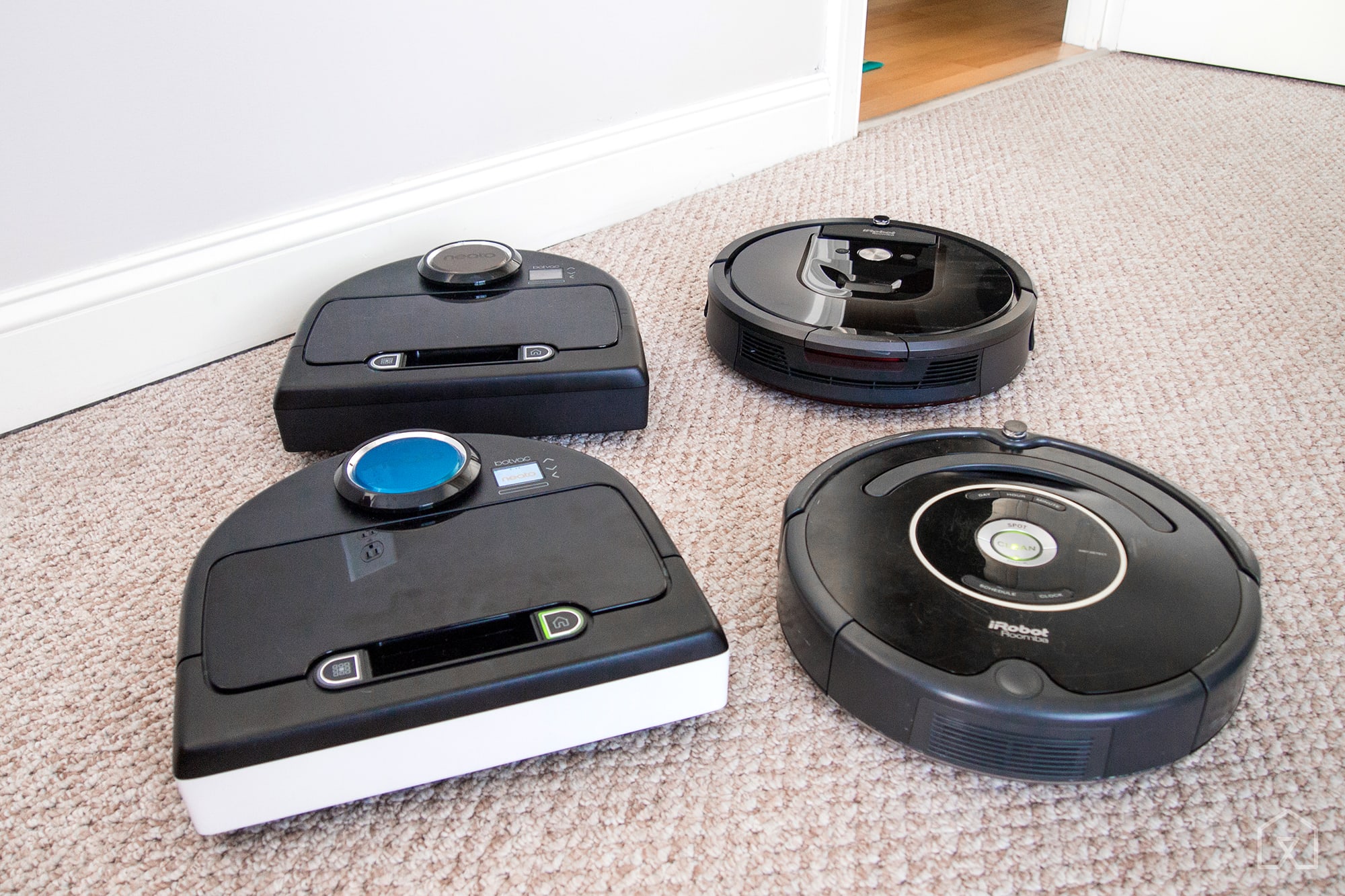 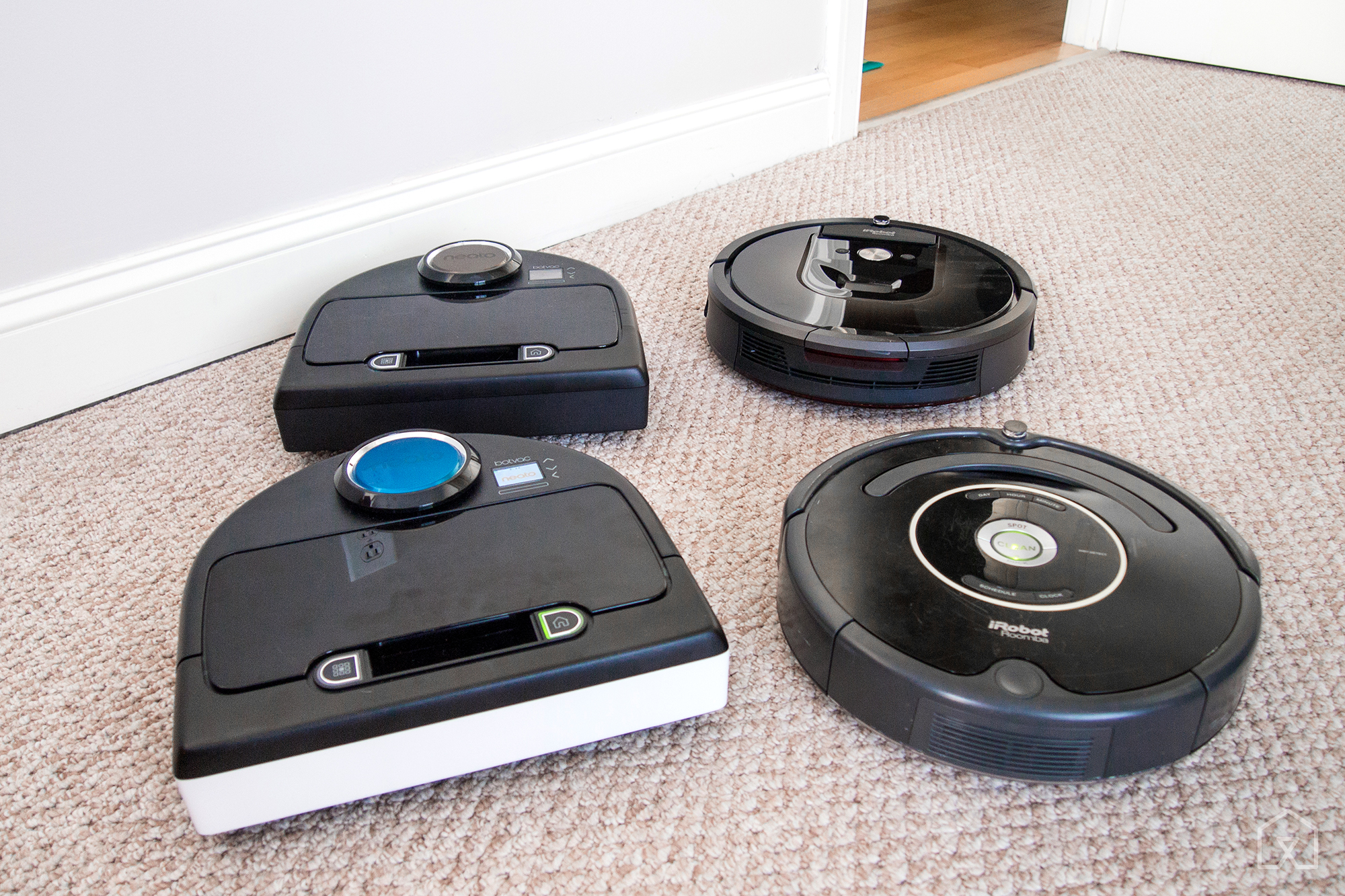 After running more than 30 cleaning cycles over two months with four of the top robot vacuums, we've concluded that the iRobot Roomba 650 is the bot that we'd recommend to most people who want an automated helper to keep the floors tidy. It cleans up more debris than other bots, and it has the best user ratings of any robot vacuum available. It's quieter and more affordable, too. 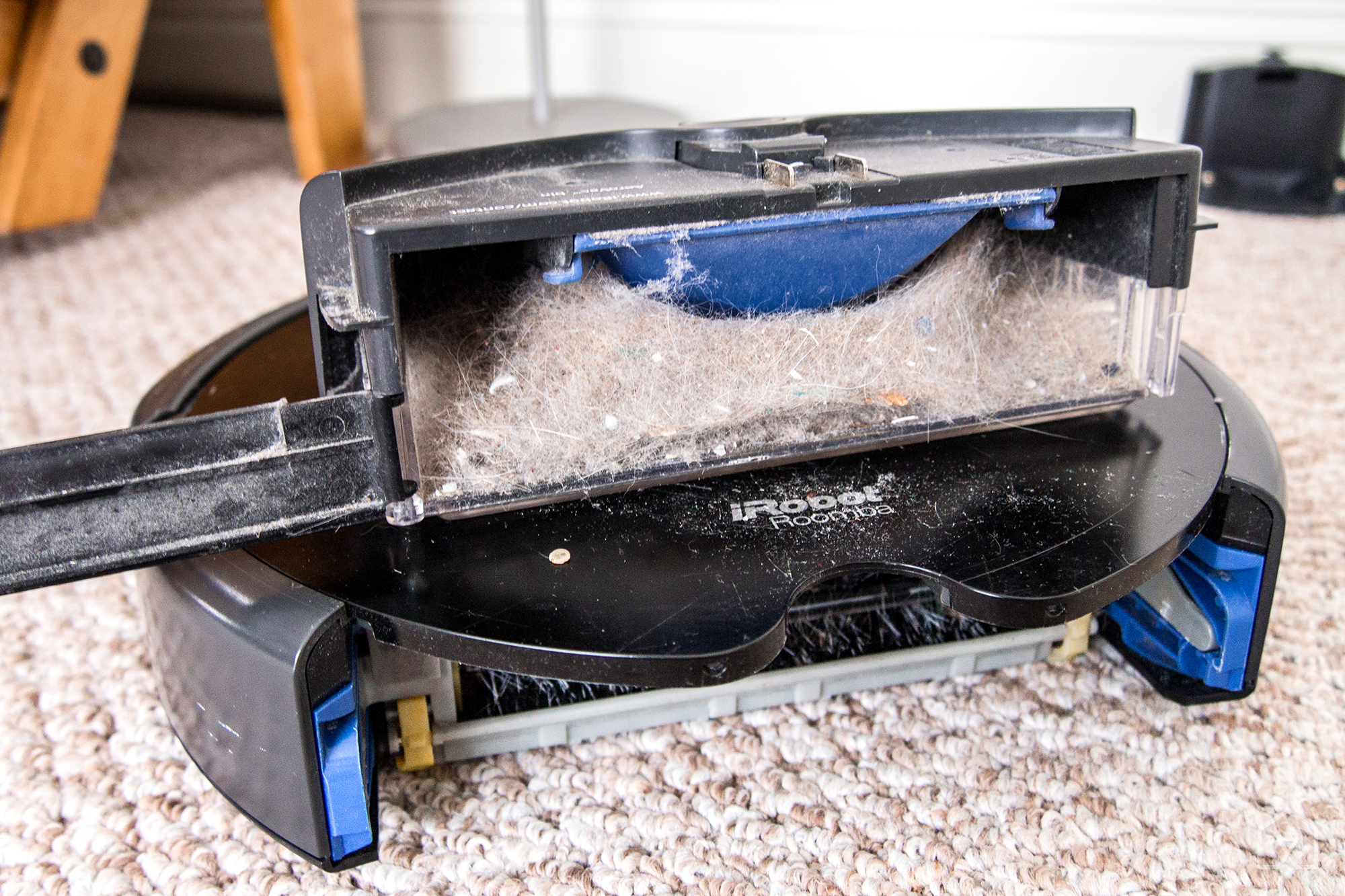 If you have pets, the Roomba 650 can pick up tons of pet hair—more than you think your pet leaves behind. Photo: Liam McCabe

For testing, we used my 900-square-foot apartment, which has a mix of short knit carpeting, tile, laminate flooring, and a few area rugs. My wife and I usually take our shoes off in an entrance hallway to avoid tracking dirt around, but we have a medium-long-haired cat that sheds a lot.

During the two-month testing period, we ran about 30 robot cleaning cycles in total and operated each finalist at least six times. We experimented with the location of the dock, the cleaning settings, and the states of tidiness around the apartment, and we monitored how each bot navigated and handled obstacles. We also shut each robot into a cluttered room with often-problematic hazards such as stray socks, USB cables, a few chairs, and a low-hanging couch.

We did not run controlled cleaning tests the way that CNET, Consumer Reports, and Reviewed.com do. Each of those outlets has some useful data on how well each bot can clean different kinds of debris on different surfaces, but after a couple of years of covering robots, our take is that smart navigation is much more important than raw cleaning performance. So real-world navigation is where we focused our testing. 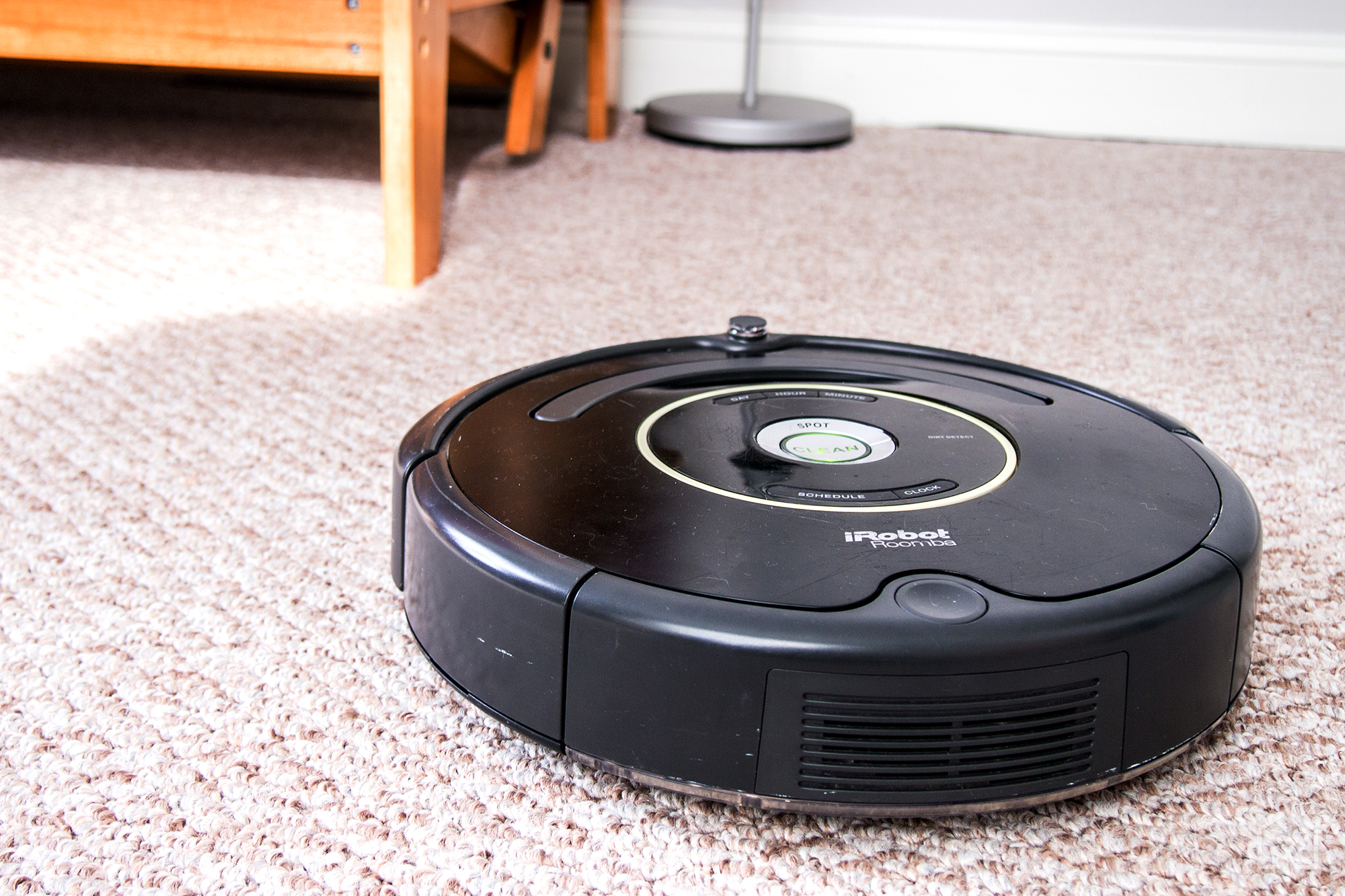 The iRobot Roomba 650 can keep the floors tidy in most homes and gets stuck less often than its rivals. Photo: Liam McCabe

The iRobot Roomba 650 is our pick for most people. It's consistently effective in almost any home, and it's more likely than the competition to finish its cleaning cycles on its own without getting stuck or tangled and having to wait for a human to come to the rescue. The nature of its navigation system leads it into tight areas that other bots won't go near, so it tends to collect more crumbs, pet hair, and other debris overall. Compared with its rivals, it's quieter, it's easier and cheaper to maintain and repair, and it's less expensive up front. However, its random navigation pattern aggravates some people, and if you have black carpet or black matte wood, laminate, or concrete floors, the Roomba 650 doesn't work. In that case, consider our runner-up, the Neato Botvac D80, instead. 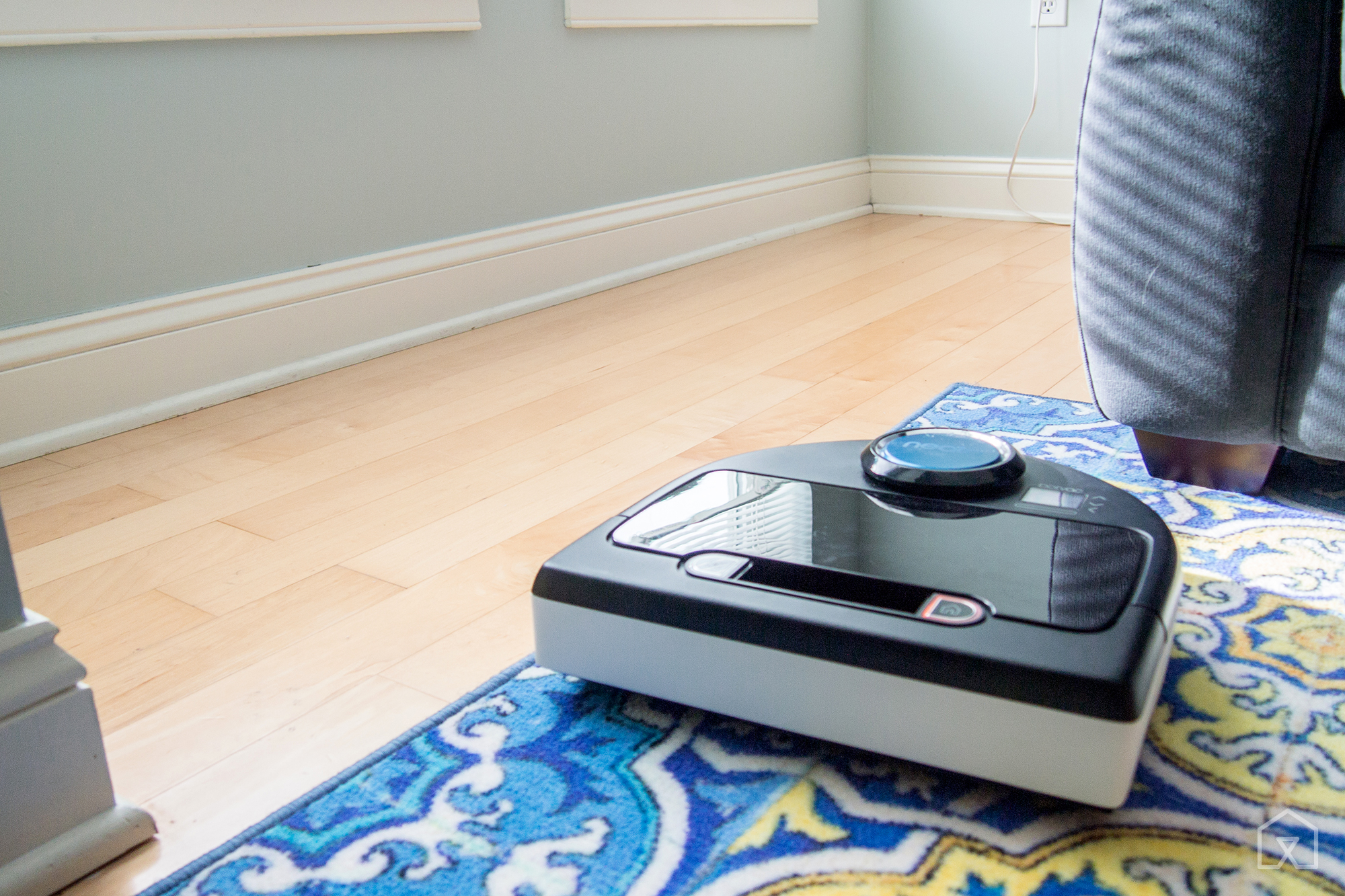 The Neato Botvac D80 is a better robot for homes with lots of plush carpeting and open spaces, as well as for people who prefer a bot that follows a logical, methodical route. Photo: Liam McCabe

In some homes, for some people, the Neato Botvac D80 will be a better robot than any Roomba model, including the 650. If you have a very big house, wall-to-wall plush carpet, or lots of pets, or if you know you won't be able to stand watching the Roomba's semirandom navigation patterns, you might want to get the Neato D80. In our tests, the Neato picked up pet hair from carpeting better than the Roomba. It's also better at navigating large, open spaces because it moves in methodical straight lines. Life is chaotic, so if that will help bring you a small sense of order, go with the Neato D80.

An upgrade if you want app control 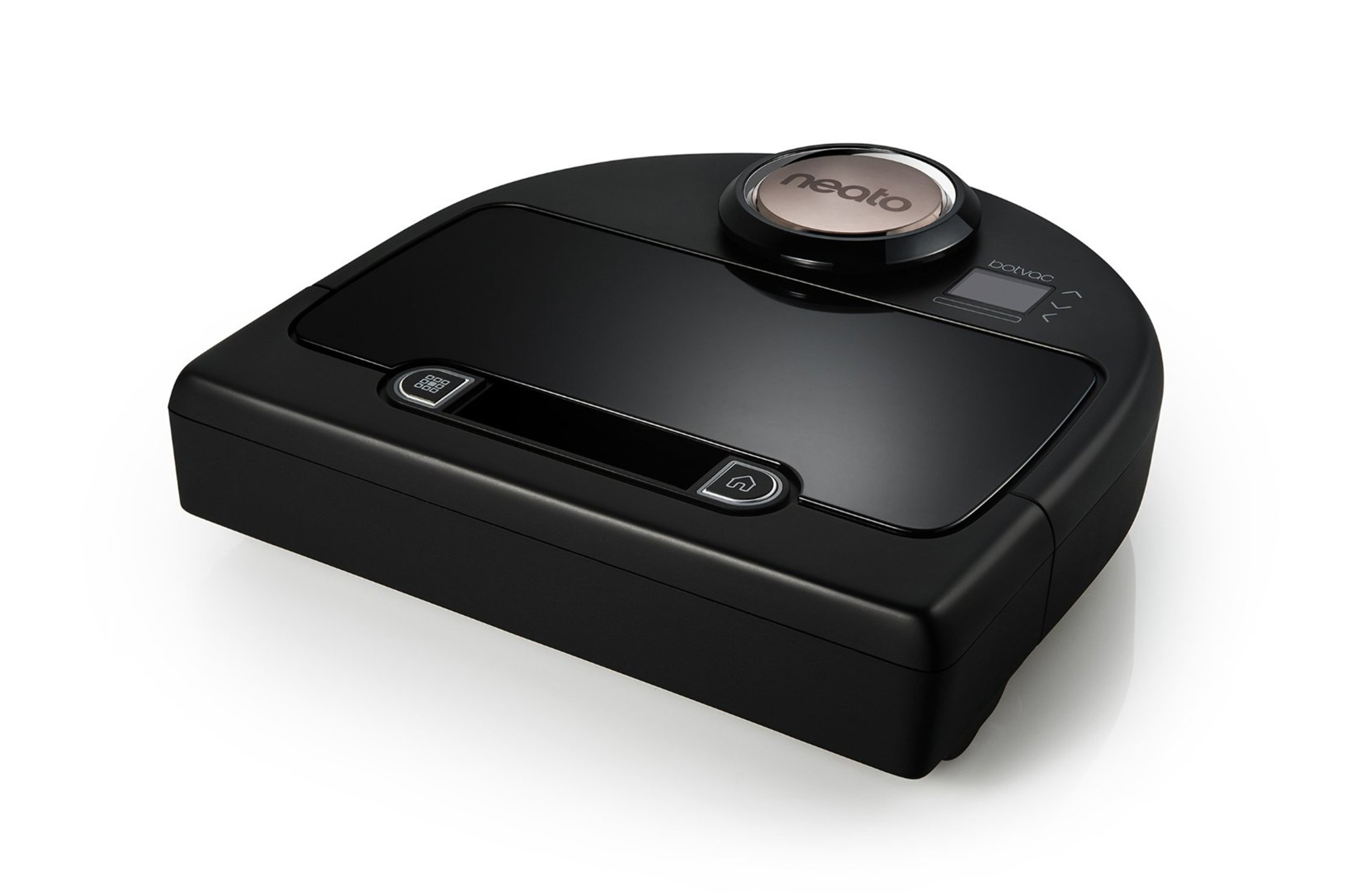 If you want to start or schedule cleanings from your phone, we think that of the two app-connected robot vacuums available, the Neato Botvac Connected is a slightly better choice than the iRobot Roomba 980. It costs less and has fewer navigational glitches. To be clear, however, these top-end robots cost a ton of money and are only marginally better than our main picks.

After spending two months testing four top-rated robot vacuums, we've determined that the iRobot Roomba 650 is the best bot for most people. It cleans up more debris than other bots, and it's quieter and more affordable than the competition. It also has the best user reviews of any robot vacuum available.

In this article: Botvac, BotvacConnected, BotvacD80, gadgetry, gadgets, gear, home, irobot, Neato, partner, robots, roomba, roomba650, roomba980, sweethome, syndicated, thesweethome, vacuum, VacuumCleaner, vacuums, wirecutter
All products recommended by Engadget are selected by our editorial team, independent of our parent company. Some of our stories include affiliate links. If you buy something through one of these links, we may earn an affiliate commission.