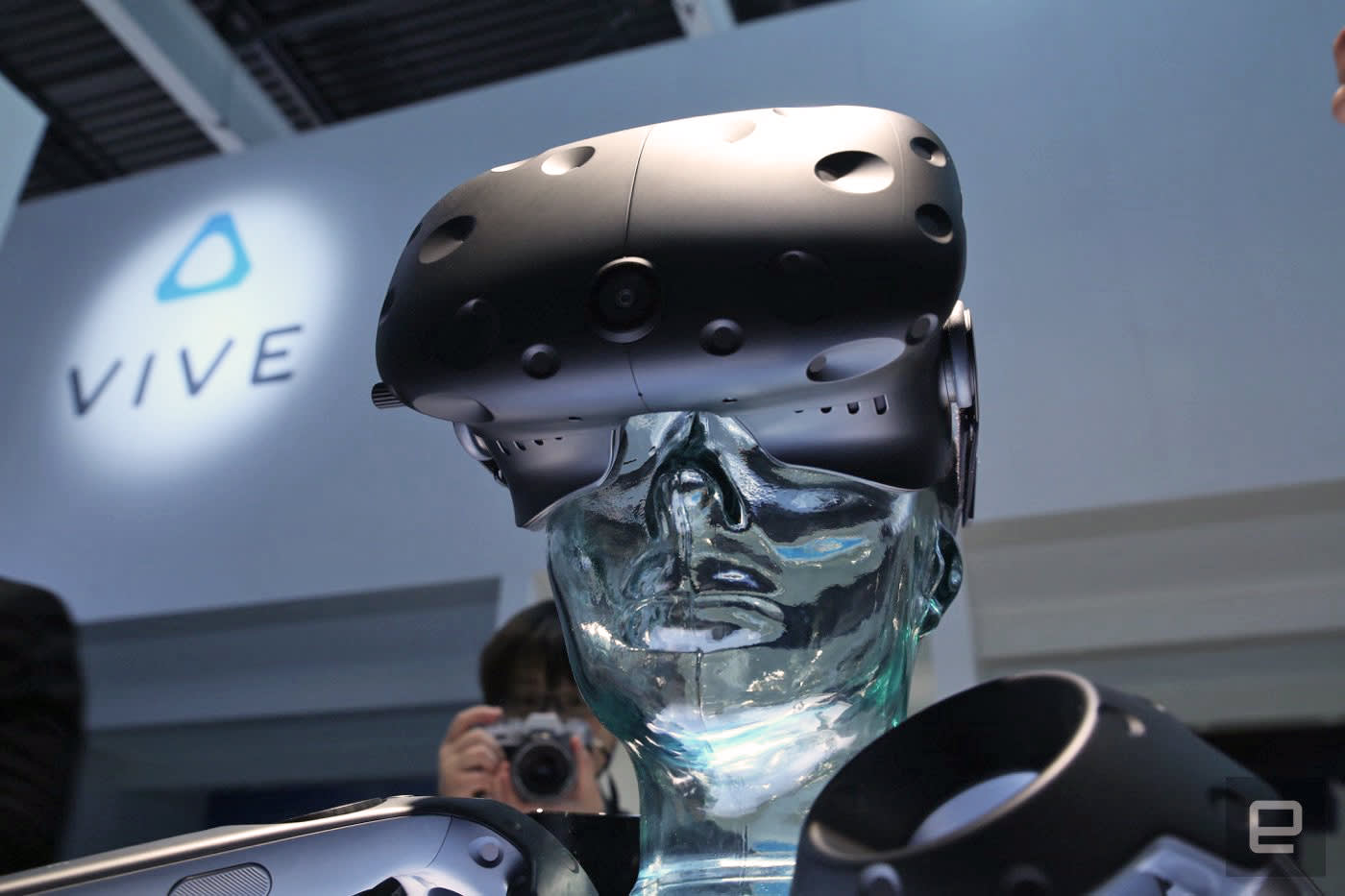 If you passed on the Oculus Rift because you're dead set on owning HTC's Vive VR headset, your time has now come. The company has just opened pre-orders for the $799 bundle (€899 in Europe and £689 in the UK), which includes the Vive headset, two wand controllers, a couple of room scale movement sensors and three VR titles.

What are the three titles, exactly? The first is Fantastic Contraption, a colorful interactive game that has you building unique structures to reach different points on a map. Next is Job Simulator, a title that will also be available on Oculus Rift and PlayStation VR, which has you messing around in a cartoony office cubicle, kitchen and convenience store. Google's Tilt Brush is the final piece of the pre-order bundle and comes free for a limited time. If you've ever wanted to paint with light in a 3D space, this will be right up your street.

To keep some order, HTC is limiting bundles to one per customer with the intention of shipping them from April 5th. Regarding delivery, expect to pay extra: UK orders are incurring a £57.60 charge alone. The company says that for credit card payments, a hold will be placed on the card when you make the order, but PayPal transactions will be charged in full at the time of pre-order. Facebook-owned Oculus will get its headset to consumers first, depending on when orders were made, but the Taiwanese company is ensuring it won't be too far behind.

To use the Vive as intended, you will need a capable PC. HTC hasn't taken the same approach as Oculus, where it allows customers to order a VR-ready rig alongside their headset, but it does recommend that your PC runs a Intel i5-4590 / AMD FX 8350 or greater, has at least NVIDIA GeForce GTX 970 or AMD Radeon R9 290 graphics and 4GB of RAM. However, you can always order an "Oculus-ready" PC if you don't feel up to building your own and it'll work just fine.

Source: HTC Vive
In this article: av, gaming, gear, htc, htcvive, mobile, pre-order, tiltbrush, timeline16vrgear, vive, VR
All products recommended by Engadget are selected by our editorial team, independent of our parent company. Some of our stories include affiliate links. If you buy something through one of these links, we may earn an affiliate commission.