An Egyptian student studying in California faces deportation after posting a threatening message about Donald Trump on Facebook. 23-year-old Emad Elsayed posted a picture of Trump on FB back in February with a caption to the effect of, according to his attorney, "If I killed this guy I wouldn't mind serving a life sentence and the world would thank me." While this statement seems fairly innocuous compared to the abuse President Obama endures on social media (and most women for that matter), federal agents have since detained Elsayed and are now threatening to deport him. 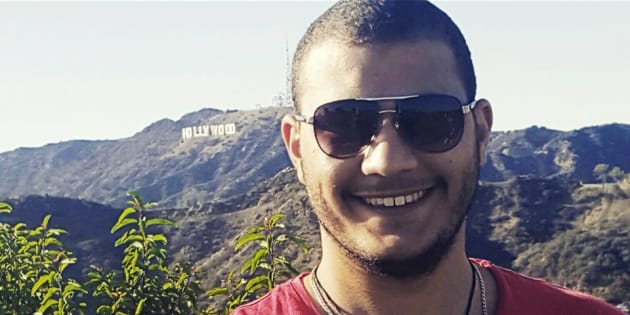 According to court documents, it was Elsayed's instructor at his flight-training school, Universal Air Academy, that narc'd on him to the FBI. The Feds then forwarded the case to the Joint Terrorism Task Force, the State Department and the Secret Service. Over the next week, federal agents repeatedly interviewed Elsayed as well as his instructor, Alex Khatib; and searched Elsayed's home.

They also informed Khatib "that the State Department revoked Mr. Elsayed's M-1 visa and that it was better for Mr. Elsayed to leave the country," according to the instructor's written testimony. "They told me that there were no criminal charges to be filed against Mr. Elsayed, and that the only thing that is left is to terminate his I-20. Based on their information and their suggestion, I terminated the I-20 of Mr. Elsayed."

Khatib, at the behest of the Secret Service, then told Elsayed to come to the flight school where he was promptly arrested. "Mr. Elsayed was taken into custody Feb. 12 by officers with U.S. Immigration and Customs Enforcement's (ICE) Enforcement and Removal Operations (ERO) for allegedly violating the terms of his admission to the United States," ICE spokesperson Virginia Kice wrote to The Intercept. "ICE placed Mr. Elsayed in removal proceedings and it will now be up to immigration courts ... to determine whether he has a legal basis to remain in the U.S."

Elsayed's legal counsel is not impressed with the government's handling of the situation. "I've never seen anything like this," attorney Hani Bushra told TI. "Immigration has been used as a way to punish him and get him out of the country after the U.S. attorney's office — which is the highest judicial arm of the executive branch — declined to prosecute this case and bring it to court." What's more, the judge has denied bond to Elsayed after prosecutors submitted his FB post into evidence and claimed he was a threat to the community. The case is set to reconvene on March 4th.

Source: The Intercept
In this article: CrimeAndPunishment, culture, deportation, drumpf, elsayed, ICE, immigration, law, politics, security, trump
All products recommended by Engadget are selected by our editorial team, independent of our parent company. Some of our stories include affiliate links. If you buy something through one of these links, we may earn an affiliate commission.