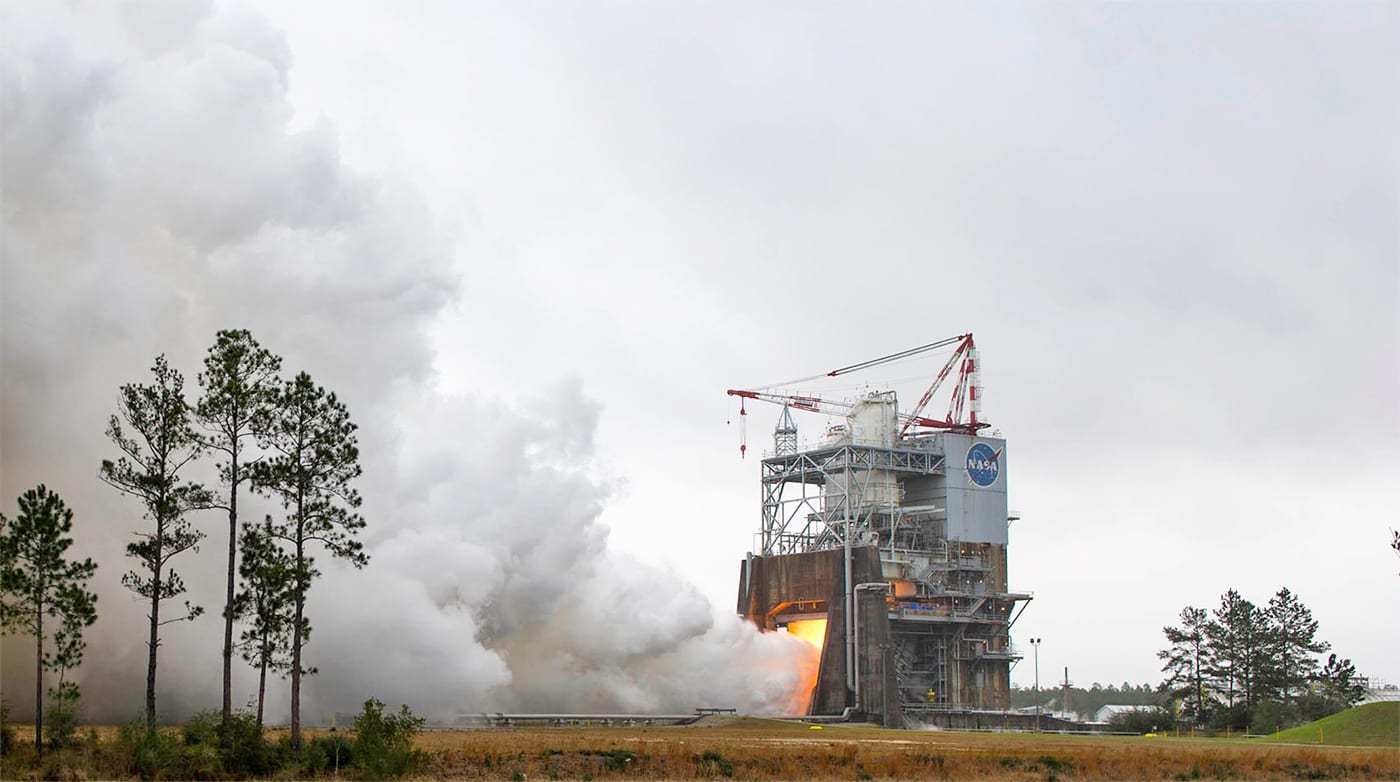 NASA says that its latest tests are a milestone towards the next stage of space exploration — and Mars. It successfully fired an RS-25 rocket engine for 500 seconds on Thursday March 10th. This is the same engine that will eventually send astronauts on the first deep-space mission in more than 45 years. It's a key part of NASA's new Space Launch System (SLS), aimed at taking humans to nearby asteroids and, after that, the red planet. Four of these engines power the SLS — making up a combined thrust of two million pounds.

The space agency and its contractor, the appropriately-named AeroJet Rocketdyne, ran several tests on the same engine last year, focused on the controller and testing out different operating conditions on the SLS. After this week's success, the two organizations will start on new flight engine controllers while further testing the engines. NASA is also working on a test stand similar for the rocket's eventual first flight. The stand will attach to the core stage, while NASA attempts to fire four RS-25s at once.

Steve Wofford, engines manager at NASA's Marshall Space Flight Center in Alabama said that "... it's [also] a great feeling that this engine that has carried so many astronauts into space before is being prepared to take astronauts to space once again on SLS's first crewed flight." Yep, the engines are flight engines left from the Space Shuttle program before it finished in 2011 -- and were first designed back in the 70s.

Source: NASA
In this article: AeroJetRocketdyne, nasa, NasaSpaceLaunchSystem, rocket, science, space, SpaceLaunchSystem, timeline16rocketman
All products recommended by Engadget are selected by our editorial team, independent of our parent company. Some of our stories include affiliate links. If you buy something through one of these links, we may earn an affiliate commission.