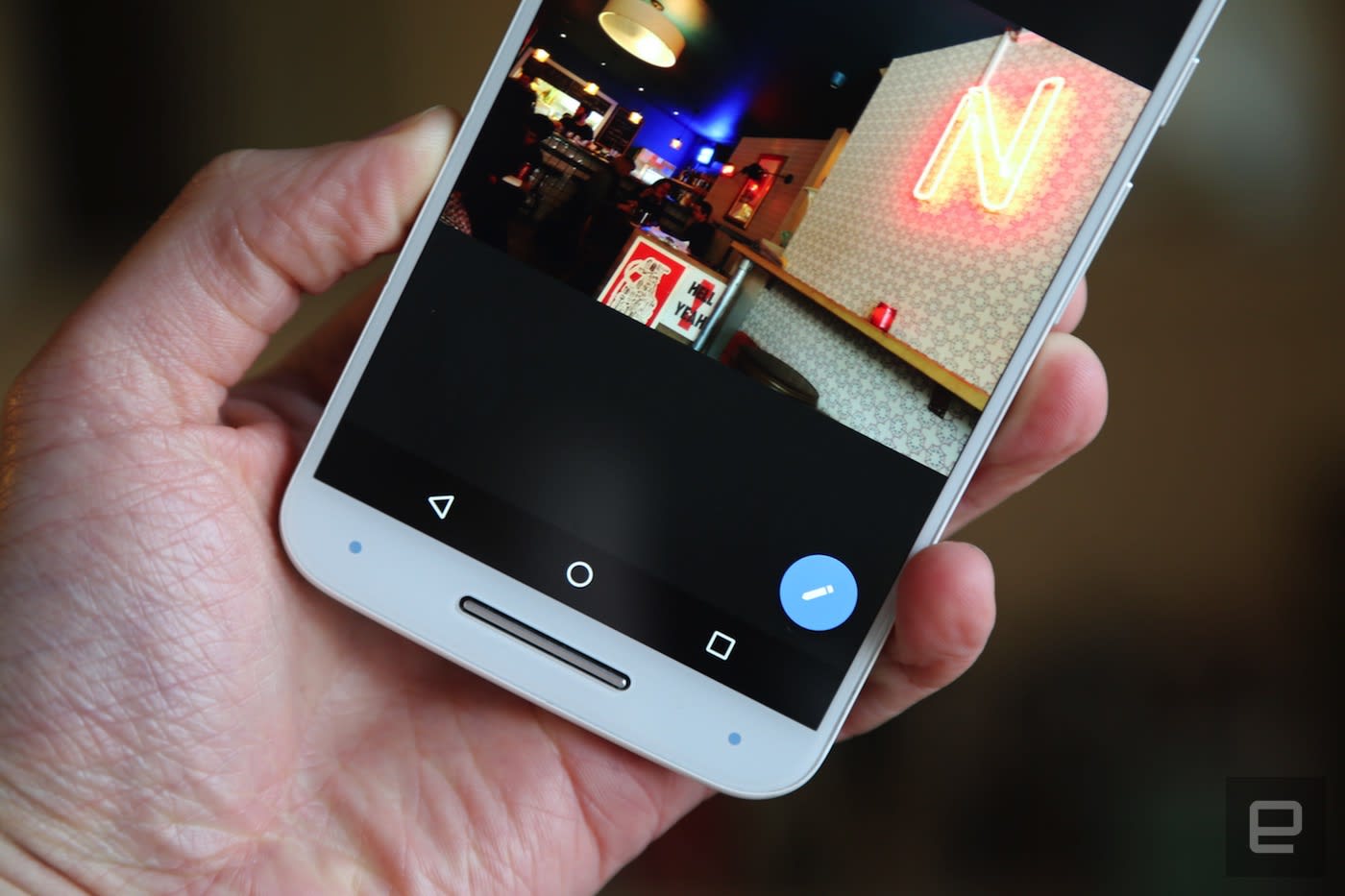 Many people adopt Google Drive because they're already invested in the company's other products, like Docs and Photos. They all play nice with one another, however on Android the Drive app is mostly a management tool -- to do some actual editing, you often need to open another app. To make your life a little easier, Google has added an editor shortcut to file previews. Just open a document or photo in Drive, tap the blue button and you can jump directly into another editing app installed on your phone. 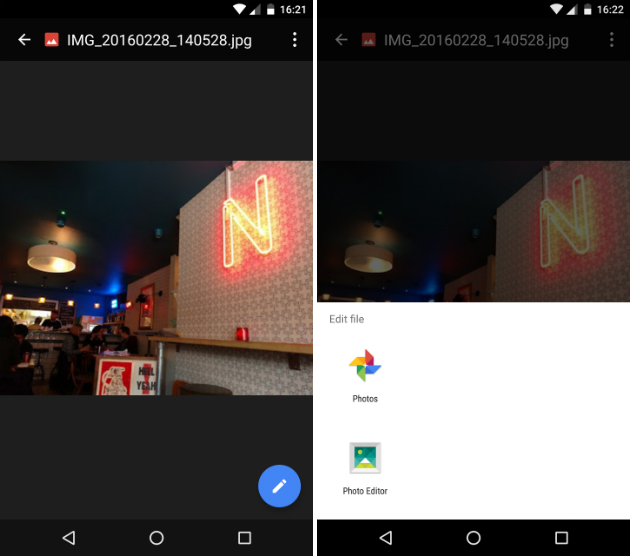 In a blog post, Google mentions that "some common editor apps include Google Photos, Google Docs, and more." Other apps are definitely supported -- on my Moto X Style, for instance, I have the option to choose between Google Photos and Motorola's own photo editor. Such an addition, while small, should make Google Drive simpler and faster to use for Android users. It should also make Google's productivity suite feel more like a cohesive whole, and less like a series of siloed products.

On a separate note, the latest version of the Drive for Android app also adds the ability to reverse sort your files. Just tap the downward facing arrow that's visible in the top right-hand corner of the screen. Voila!

Via: Google (Blog Post), 9to5Google
Source: Google Drive (Android)
In this article: drive, gear, googeldocs, google, googledrive, googlephotos, services
All products recommended by Engadget are selected by our editorial team, independent of our parent company. Some of our stories include affiliate links. If you buy something through one of these links, we may earn an affiliate commission.