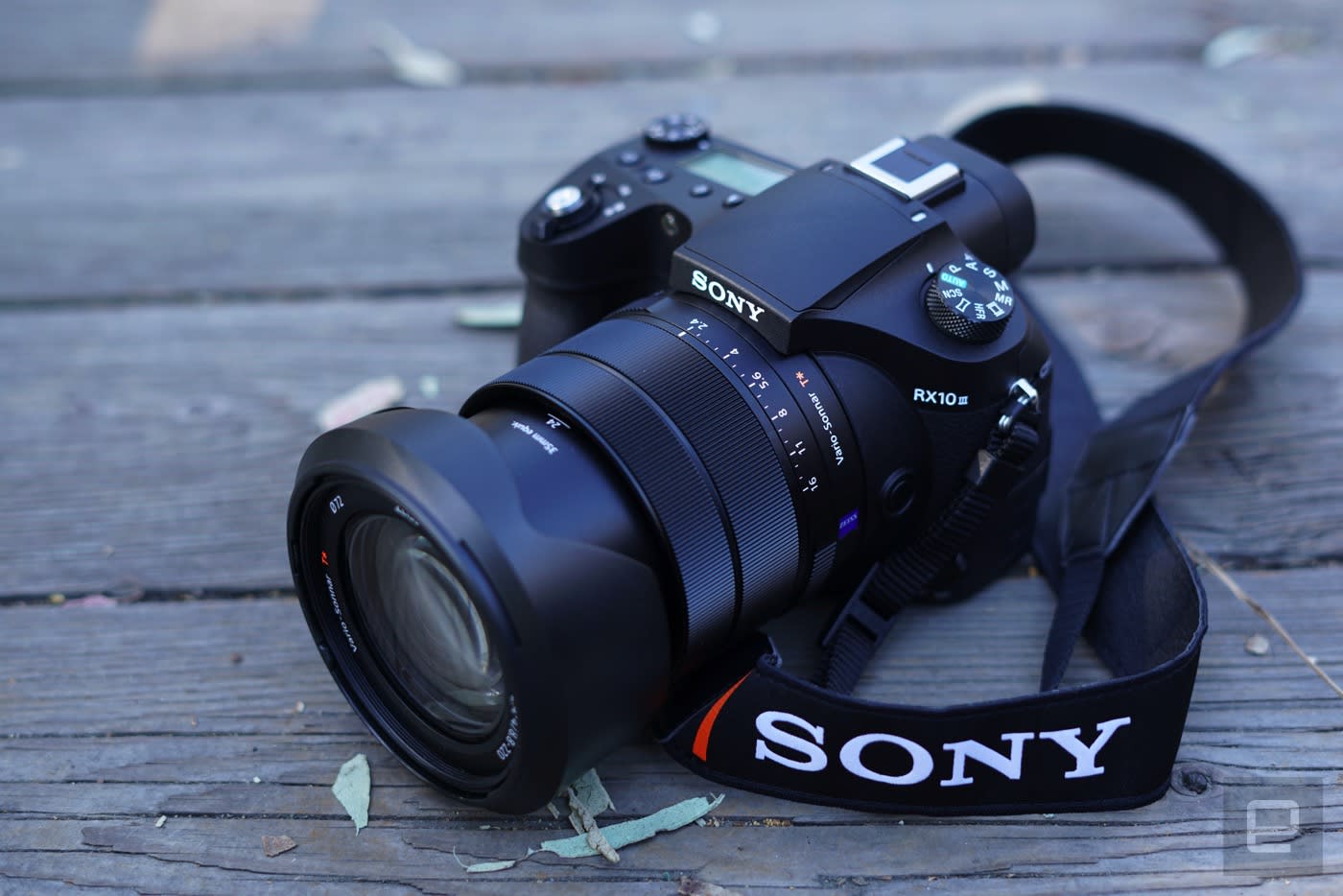 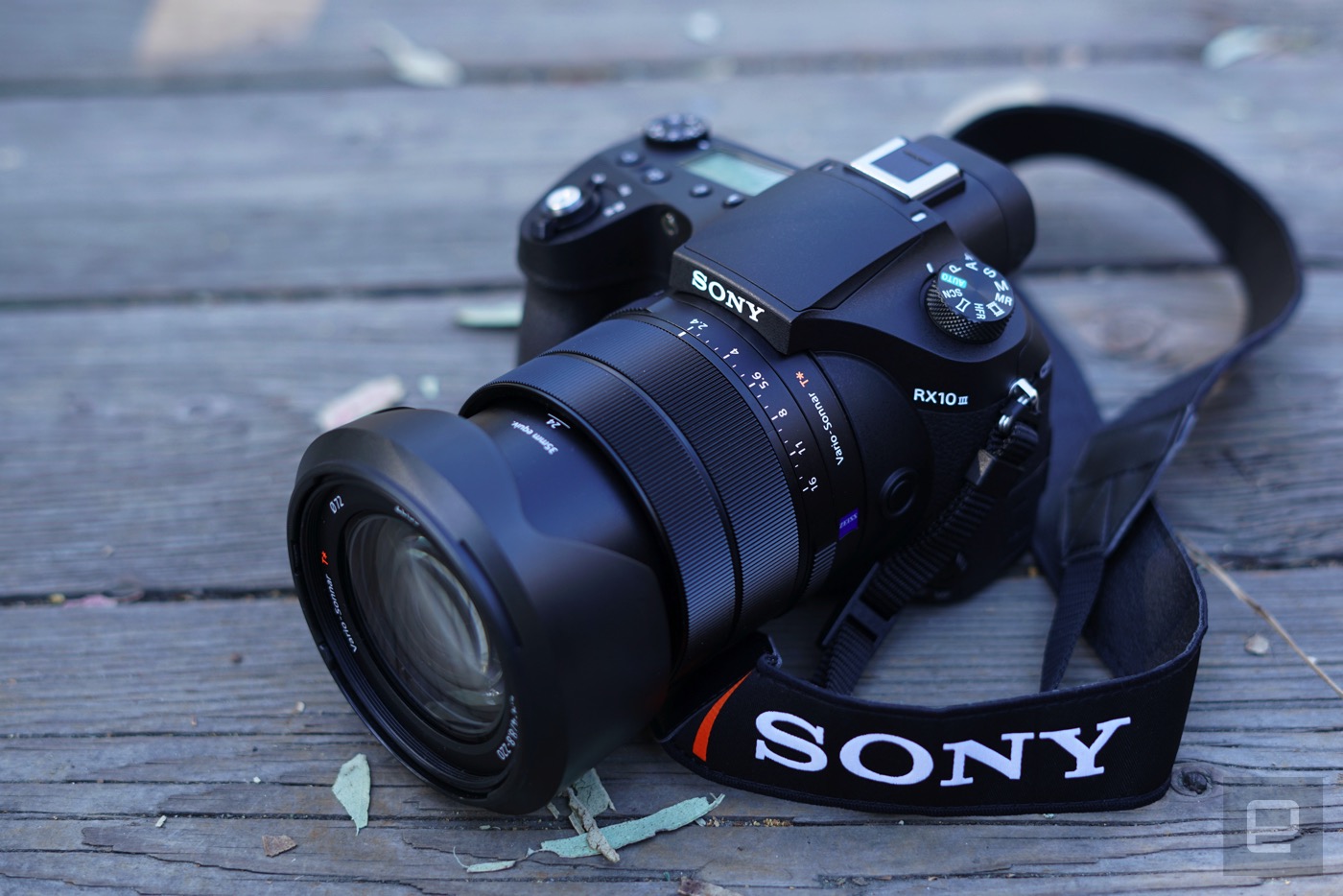 Superzoom cameras aren't exactly the most exciting category when you're looking at photography equipment. They're usually almost as large as a DSLR but don't offer the advantage of interchangeable lenses. But Sony's just-announced RX10 III made me sit up and pay attention -- it may look nearly identical to the model Sony introduced last September, but there's an entirely different piece of glass on this camera.

You're stuck with one lens, but what a lens it is: it covers an insane focal range from 24mm to 600mm (35mm equivalent) and has an impressive f/2.4 - f/4 maximum aperture range. That offers significantly more zoom capability than the 200mm lens on last year's model. It comes at a cost, though: the RX10 III will set you back a whopping $1,500. That's a lot of money for a camera with a fixed lens, even one as impressive as the one in the RX10 III (at least on paper). Fortunately Sony let me take the camera out for a spin at the San Francisco Zoo along with a bunch of other journalists to see how it stands up.

This isn't a full review, but I got a good sense of the camera's capabilities in the two hours I got to spend with it. First, the good news: the RX10's new lens is indeed very impressive. A zoo is a perfect place to test out that long telephoto capability, and I came away with some fairly impressive pictures of the creatures I encountered. I rarely shoot with a lens this long, so it was a lot of fun trying to get sharp and detailed close-ups of the many animals around the zoo, and the camera largely delivered.

The telephoto lens combined with a reasonably intuitive control scheme, solid viewfinder and fast focus meant I came away with some pretty good shots (you can be the judge by looking through the gallery below). The camera fortunately includes image stabilization technology to go along with its long lens, and there are plenty of dials for quickly adjusting the aperture and shutter speed on the fly if you like to shoot in manual mode. I'm not a wildlife photographer, and I don't use lenses like this very often, but this camera seems like it can turn in solid results.

That said, there are some undeniable drawbacks to the RX10 III, and they're essentially the same as those that have existed throughout the previous models. Probably the most important is that the camera only has a 1-inch sensor, significantly smaller than you'll find in all DSLR and mirrorless cameras with interchangeable lenses. Sensor size is a key factor in image quality, including its dynamic range and performance in low light. While I didn't get a chance to test the latter, the camera did struggle to resolve all the details in scenes where there was a lot of contrast in the light. Most of my shooting with the camera came in the late afternoon under a very bright sun, and a lot of the brighter parts of the shots felt a bit blown out to me.

Then there's the question of price -- does it make sense to spend $1,500 on a camera with a relatively small image sensor and a lens you can't swap? Sure, it helps that the lens is extremely versatile, but a lens that covers that wide of a focal range will certainly make some tradeoffs in image quality. To me, it feels like anyone investing that much money into a camera system will want something with a bigger sensor and / or more flexibility in terms of lens choice. For $1,500, you could buy the excellent Fujifilm X-T10 along with its 18-55mm f/2.8-4 lens along with a 55-200mm lens for when you need to go telephoto. Or if you want a DSLR, you could pick up the newest Canon Rebel with a kit lens for a paltry $549 and have nearly a grand left to play with for lenses. And if you outgrew the Rebel, all of your investment in lenses would carry over to your next camera.

Yes, the RX10's zoom lens is an impressive feat of engineering, and yes you can take excellent photos with the camera. But I'm just not sure who is going to spend that much money on it. Superzooms have proven they have a place in the camera market, but I'm not sure they deserve a place at a $1,500 price point.

In this article: cameras, gear, hands-on, rx10, rx10III, sony, superzoom
All products recommended by Engadget are selected by our editorial team, independent of our parent company. Some of our stories include affiliate links. If you buy something through one of these links, we may earn an affiliate commission.