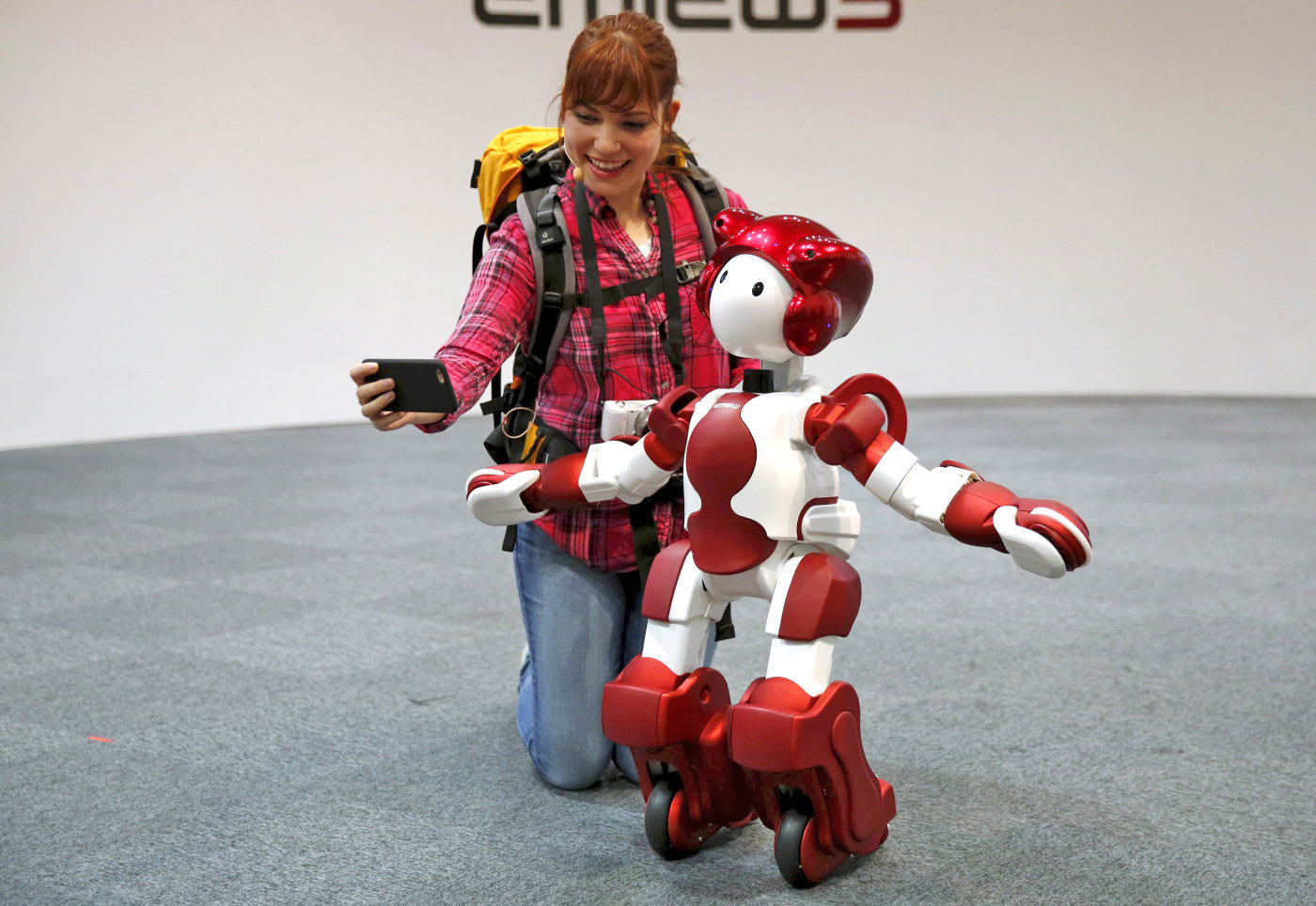 Look out, Pepper: you have some fresh competition. Hitachi has unveiled EMIEW3, its first humanoid assistant robot built for full-fledged commercial service. Like its SoftBank-made counterpart, it's designed to help you find your way around stores and public facilities. It's particularly focused on tourists, as it can switch languages on the fly. However, its edge may simply be its ability to cope with real-world situations. It's much faster than Pepper (3.7MPH versus 1.2MPH), so it's more likely to keep up with humans; it can also get back up if it falls down, and listen to you in noisy street environments.

The machine also reflects a lot of lessons learned from its predecessor and beyond. For instance, it knows to slow down near corners so that it won't smack into someone. It identifies people asking for help, too, and will approach on its own. Its biggest drawback is simply that it's not as personable as Pepper (you're just looking at a pair of expressionless eyes), and doesn't have a built-in display to show information.

It's going to be a while before you see EMIEW3 in service, as Hitachi doesn't expect it to be ready until 2018. However, Hitachi has grand ambitions for its third-generation hardware. It's hoping to offer the new robot beyond Japan, so you might just witness this little helper guiding you through offices and stores in your corner of the world.

Via: Nikkei, I4U
Source: Hitachi
In this article: AI, artificialintelligence, assistant, emiew, emiew3, gear, helper, hitachi, japan, pepper, robot, robots, video
All products recommended by Engadget are selected by our editorial team, independent of our parent company. Some of our stories include affiliate links. If you buy something through one of these links, we may earn an affiliate commission.