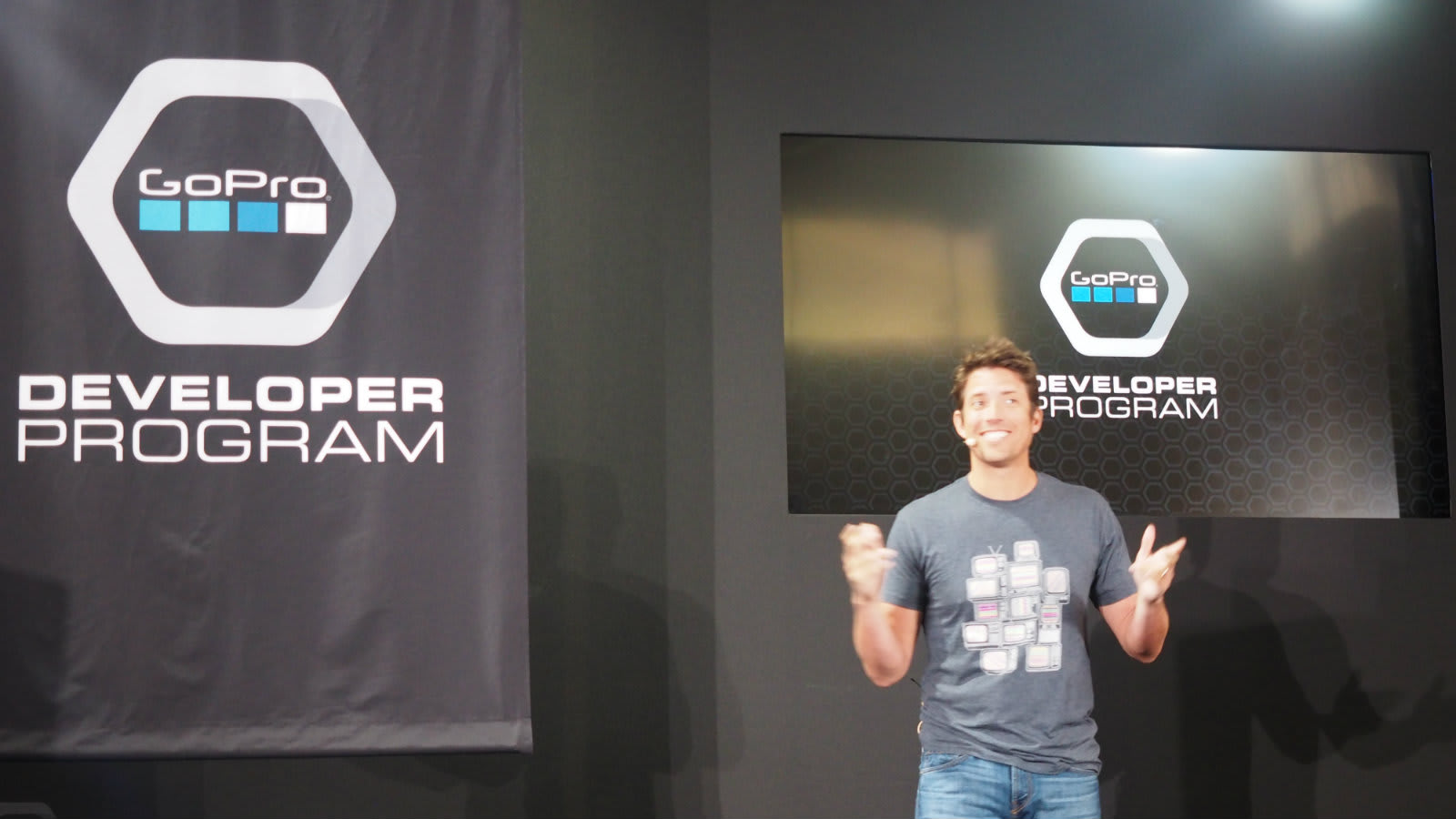 GoPro's recent integration with Periscope was only the start. The company announced its Developer Program at a press conference in San Francisco on Thursday morning. The program, which has actually been operating under stealth for the last year or so, is designed to provide developers an easy means of incorporating GoPro gear with their own products and software.

The program focuses on three things: mobile apps, mounting hardware and interoperability with other physical products. The company envisions using mobile apps and third-party devices -- leveraging either the wired HERObus or Bluetooth connectivity -- to control a GoPro camera directly or, as in the case of Periscope, broadcast what the camera is currently recording. For mounting hardware, expect to see an explosion of new and interesting ways to affix GoPros to other objects.

The company has already enlisted more than 100 companies in the program including FisherPrice, which has designed a kid-friendly camera housing, and BMW, which built an app that tracks the car's telemetry data and syncs that data to the camera's video feed. Now enthusiast drivers can see exactly what is happening under the hood while they're fishtailing around curves.

Along with the launch of the Developer Program, GoPro has launched a product verification system called Works With GoPro.

In this article: cameras, fischerprice, gear, GoPro, mountinghardware, mounts, partner
All products recommended by Engadget are selected by our editorial team, independent of our parent company. Some of our stories include affiliate links. If you buy something through one of these links, we may earn an affiliate commission.