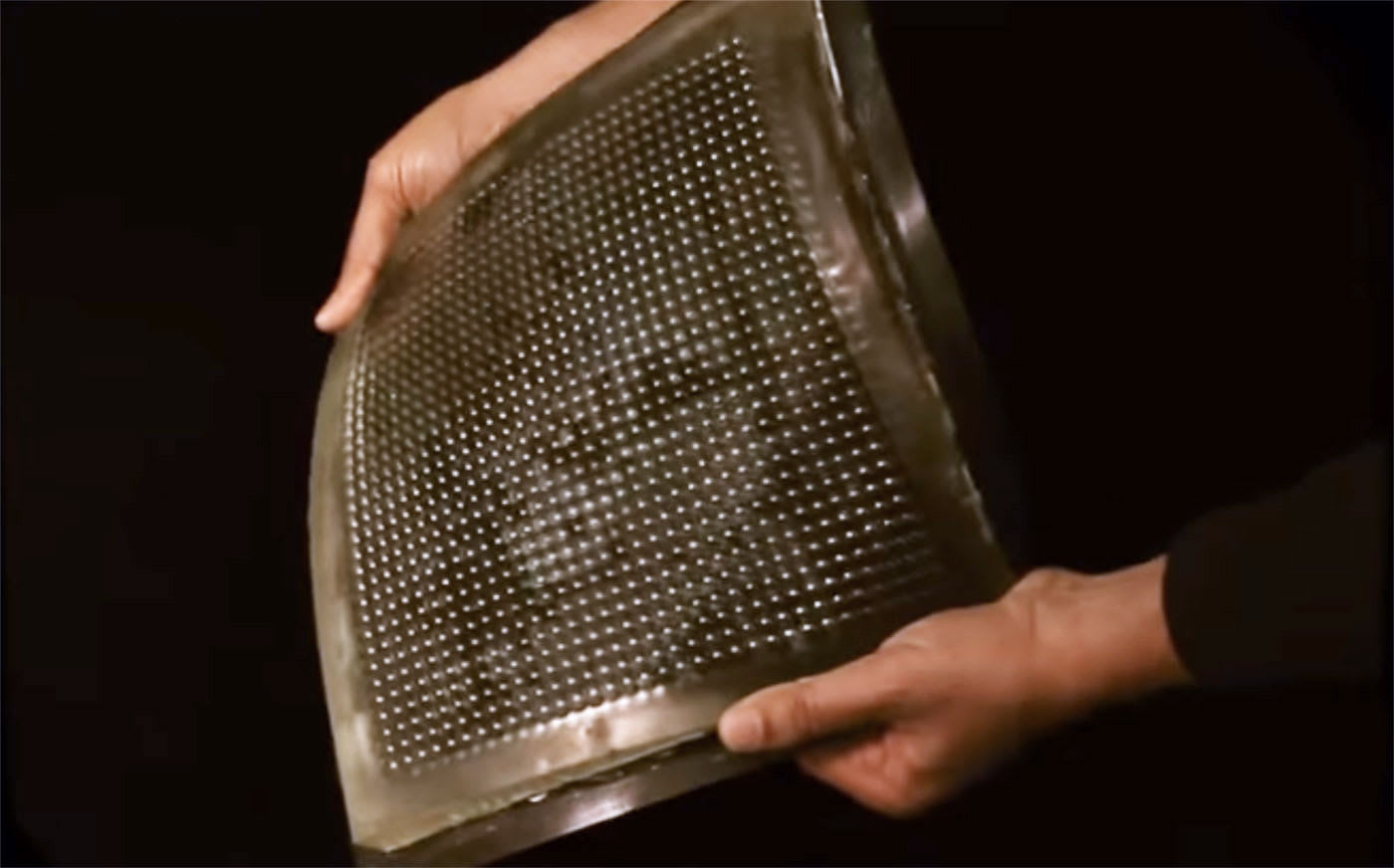 Cameras are already embedded in a lot of devices, but what you could wrap them around things like a "skin?" That's the premise of "flexible sheet cameras" developed by scientists at Columbia University. Rather than having just a single sensor, the devices use an array of lenses that change properties when the material is bent. The research could lead to credit card-sized, large-format cameras that you zoom by bending, or turn objects like cars or lamp posts into 360-degree VR cameras.

In order to create a wraparound camera, the team first considered attaching tiny lenses to single pixel-sized sensors, a tact that's been tried before on curved surfaces. However, they realized that when bent, such an array would have gaps between sensors that would produce artifacts in the final image. Instead, they created flexible silicon sheets with embedded lenses that distort and change their focal lengths when bent. The resulting prototype has no blank spots, even with significant curvature, so it can capture images with no aliasing.

The team flexed the prototype sheet -- with a 33x33 lens array -- in a predictable way, allowing them to produce clean (though low resolution) images. However, if the amount of deformation isn't known, the system produces random and irregular images. For instance, they created a simulated camera based on a larger, more flexible sheet that produces a hilariously distorted image (above) when when draped on an object.

However, the goal is to eventually measure the amount of deformation with built-in stress sensors, then calculate the sheet's geometry to produce a clean image. While the current prototype is very low-res, it proves that the concept is viable, so the team plans to "develop a high resolution version of the lens array and couple it with a large format image sensor." Eventually, the sheet camera could result in sensitive large format cameras that produce very high dynamic range images. If you want to be more futuristic, the tech could even turn household objects and wearables into giant image sensors. Invisibility cloaks for all?

Via: Digital Trends
Source: Columbia University
In this article: cameras, ColumbiaUniversity, detector, Elastic, FlexibleCamera, FlexibleSheetCamera, Optics, science, video
All products recommended by Engadget are selected by our editorial team, independent of our parent company. Some of our stories include affiliate links. If you buy something through one of these links, we may earn an affiliate commission.