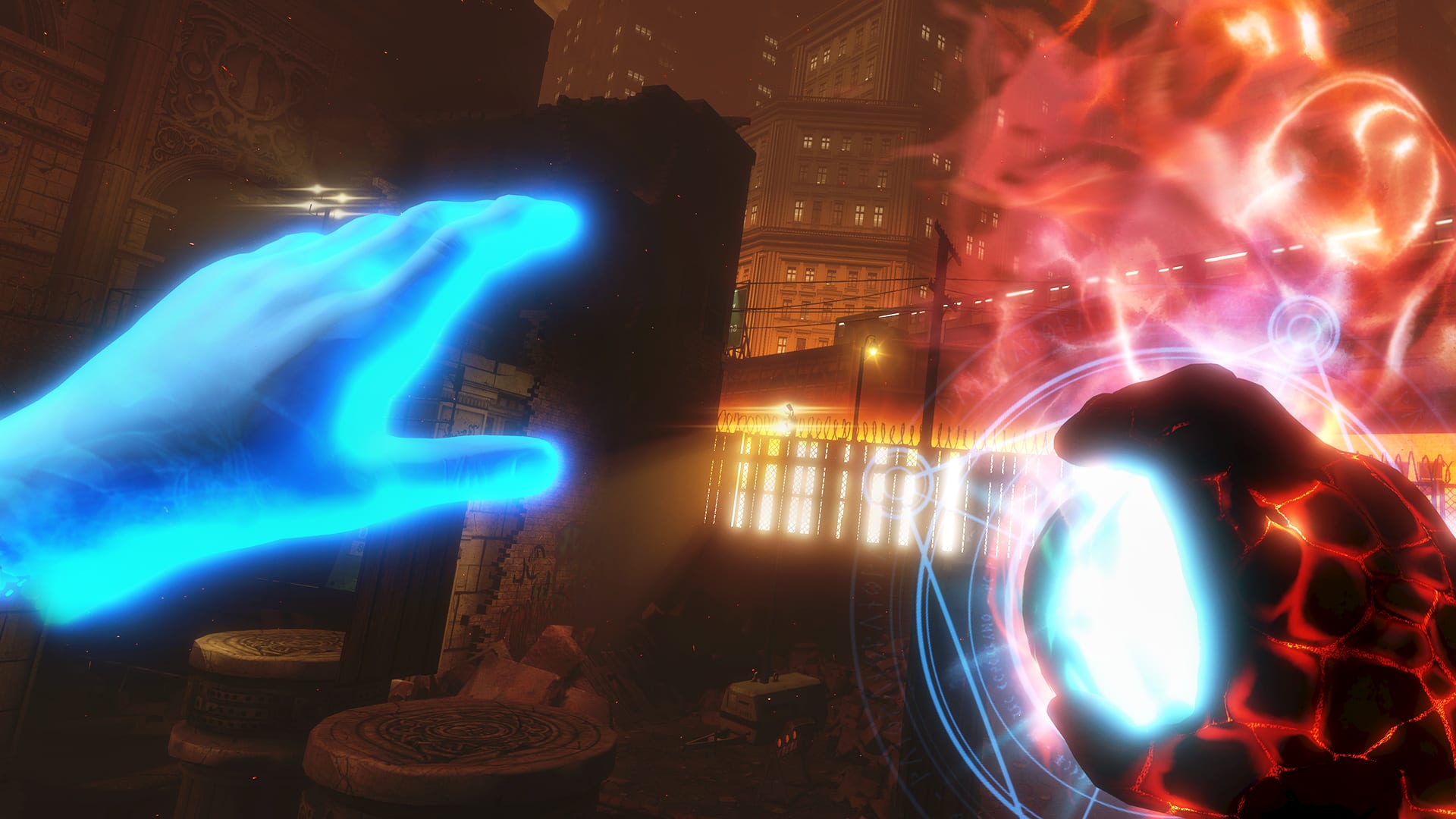 Insomniac Games and Oculus Studios have partnered to create Feral Rites, a 3D brawler set on a mystical island, and The Unspoken, a player-vs-player spellcasting game, both exclusively for the Oculus Rift VR headset. They're based in disparate realms of fantasy, from lush jungle temples to the mysterious shadows of big-city alleyways. Feral Rites is a single-player adventure game about a jungle society that erupts in violence and chaos after the murder of its Chieftain (who happens to be the main character's father). After growing up in a foreign land, players return to the island to seek vengeance through brutality, at times transforming into a vicious animal to complete story missions and side quests. Players can choose to be a male or female character, and it's not just for show -- each gender has unique combat abilities. Feral Rites uses a gamepad only (no Oculus Touch controls) and is due to hit the Rift in the fall.

The Unspoken is a first-person experience for one to two players, set in a hidden world of magic. It's basically Fight Club crossed with the Harry Potter game Wonderbook: Book of Spells, featuring more than 25 spells to learn and deploy on other players in one-on-one battles. The Unspoken uses Oculus Touch controls, meaning players move their hands and arms to make magic in a handful of unique city settings. For example, players can transform a pile of garbage into a giant Debris Golem that helps them fight, or use a marker to draw an impenetrable shield. The Unspoken will hit the Oculus Store this holiday season.

Gallery: 'The Unspoken' from Oculus Studios and Insomniac Games | 5 Photos

Oculus is publishing Feral Rites and The Unspoken, extending its existing partnership with Insomniac Games. Insomniac CEO Ted Price told Engadget in March that working with Oculus is all about experimentation as both companies learn how to design for VR.

"There's been much more mutual discovery, because we as a developer and Oculus as a hardware manufacturer are still figuring out how to create experiences in VR," Price said. "It's a brand new frontier for everybody."

Insomniac Games is also working with Oculus on Edge of Nowhere, a spooky Arctic exploration game for the Rift and its Touch controls. In the non-VR arena, Insomniac just released a completely reworked version of 2002's Ratchet and Clank, and it's building Song of the Deep, an underwater 2D platformer for Xbox One, PlayStation 4 and PC published by Gamestop. Insomniac plans to release Edge of Nowhere on June 6th and Song of the Deep on July 12th.

In this article: av, design, facebook, FeralRites, gaming, insomniac, InsomniacGames, jungle, magic, oculus, OculusRift, personal computing, personalcomputing, TheUnspoken
All products recommended by Engadget are selected by our editorial team, independent of our parent company. Some of our stories include affiliate links. If you buy something through one of these links, we may earn an affiliate commission.