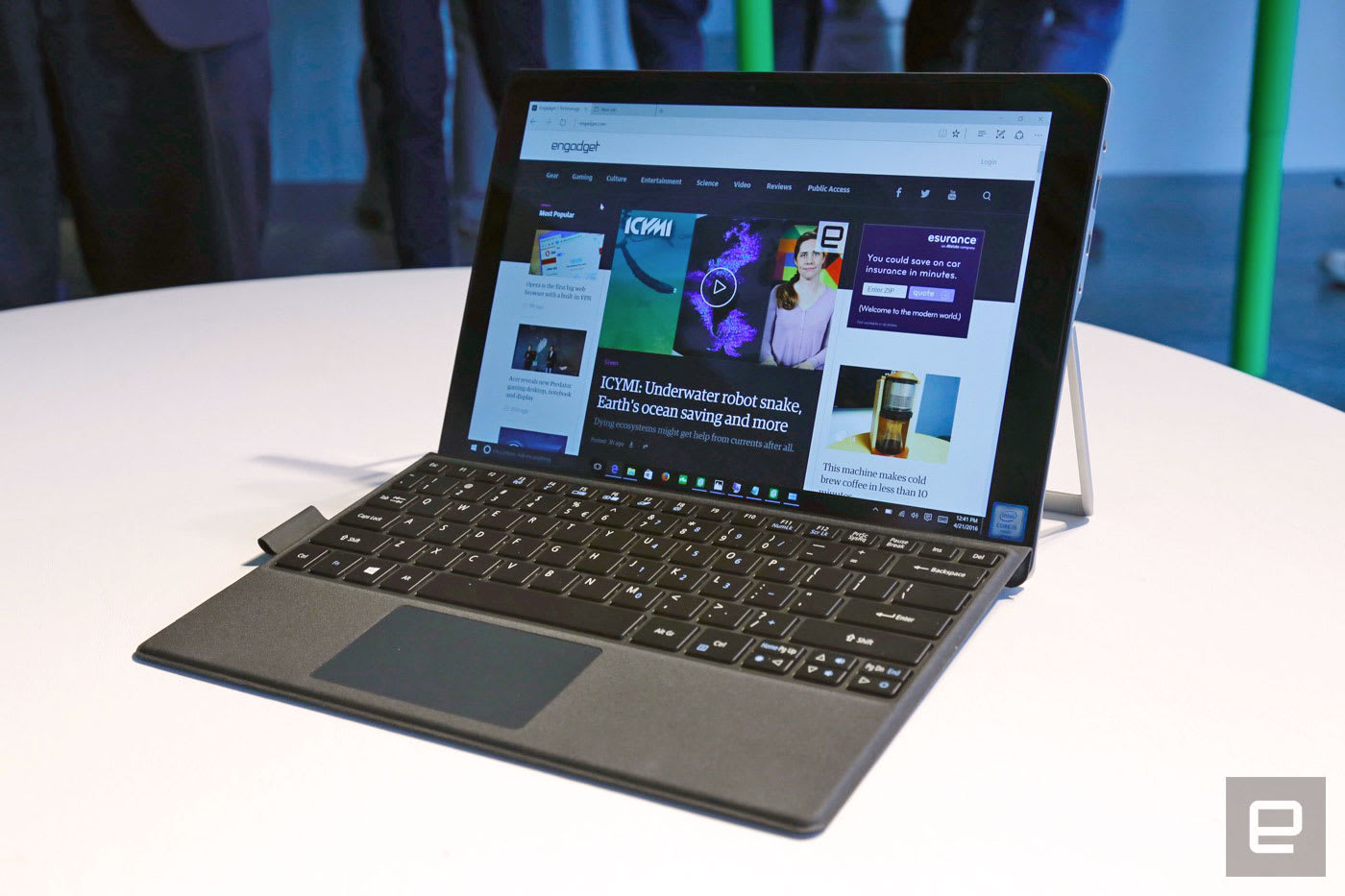 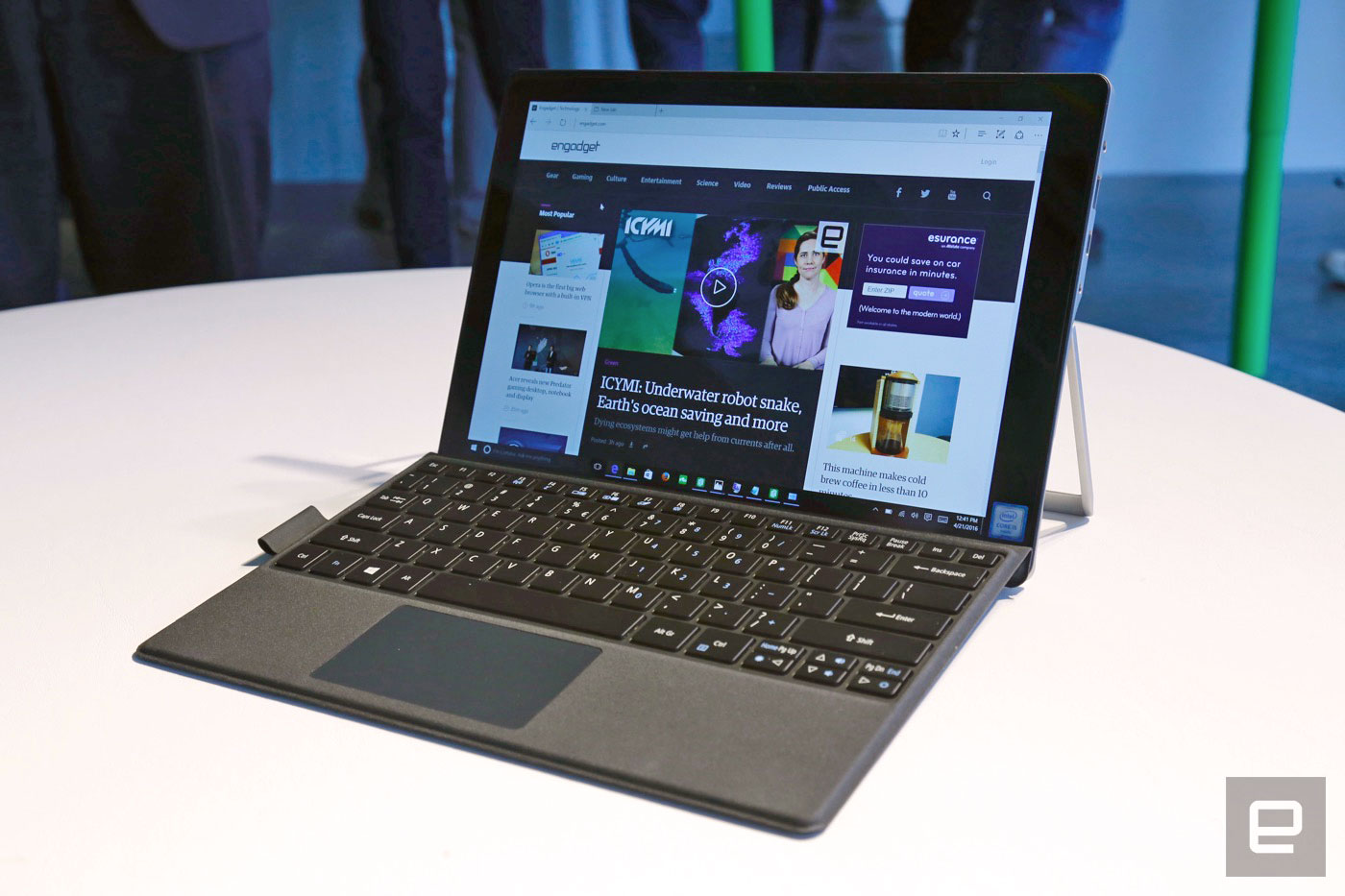 When you think of a liquid-cooled laptop, a giant gaming monstrosity like the ASUS GX700 probably comes to mind. But with its latest convertible, the Switch Alpha 12, Acer is taking that technology in the other direction to create a slim and silent notebook. It's the first hybrid laptop to run Intel's sixth generation Core processor without a fan, a notable accomplishment since fan noise is still a problem with today's thin laptops. The Switch Alpha 12 also packs in a kickstand and a detachable keyboard, both of which gives it the vague profile of Microsoft's Surface devices. As you can probably guess, the Switch Alpha 12 packs in a 12-inch screen. It's running at a 2160 by 1440 resolution, which is almost as sharp as Apple's Macbook Retina. As for that cooling setup, Acer says it uses the heat of the coolant as it expands into gas to keep the entire system moving. That's why it doesn't need an external radiator or pump, like the ASUS GX700's clunky accessory.

The Switch Alpha 12 weighs in 2.76 pounds with a keyboard, and 1.98 pounds as a standalone tablet. That's a surprising amount of additional weight just for the keyboard, and it puts the laptop right between Apple's 11- and 13-inch MacBook Airs in terms of heft. The full-sized keyboard is also available in standard and backlit variations (no word yet on how much the latter will cost). And if you want to get your stylus on, there's also an optional Active Pen with 256 different levels of pressure.

You can get your hands on the Switch Alpha 12 in June starting at $599. Aside from its cooling aspect, there doesn't seem much to differentiate it from the sea of convertibles out there, but we'll be taking a closer look at it soon.

Update: We added hands-on pictures of the Switch Alpha 12.

Gallery: Up close with the Acer Switch Alpha 12 | 14 Photos

Edgar Alvarez and Chris Velazco contributed to this report.

In this article: acer, gadgetry, gadgets, gear, personal computing, personalcomputing, SwitchAlpha12
All products recommended by Engadget are selected by our editorial team, independent of our parent company. Some of our stories include affiliate links. If you buy something through one of these links, we may earn an affiliate commission.