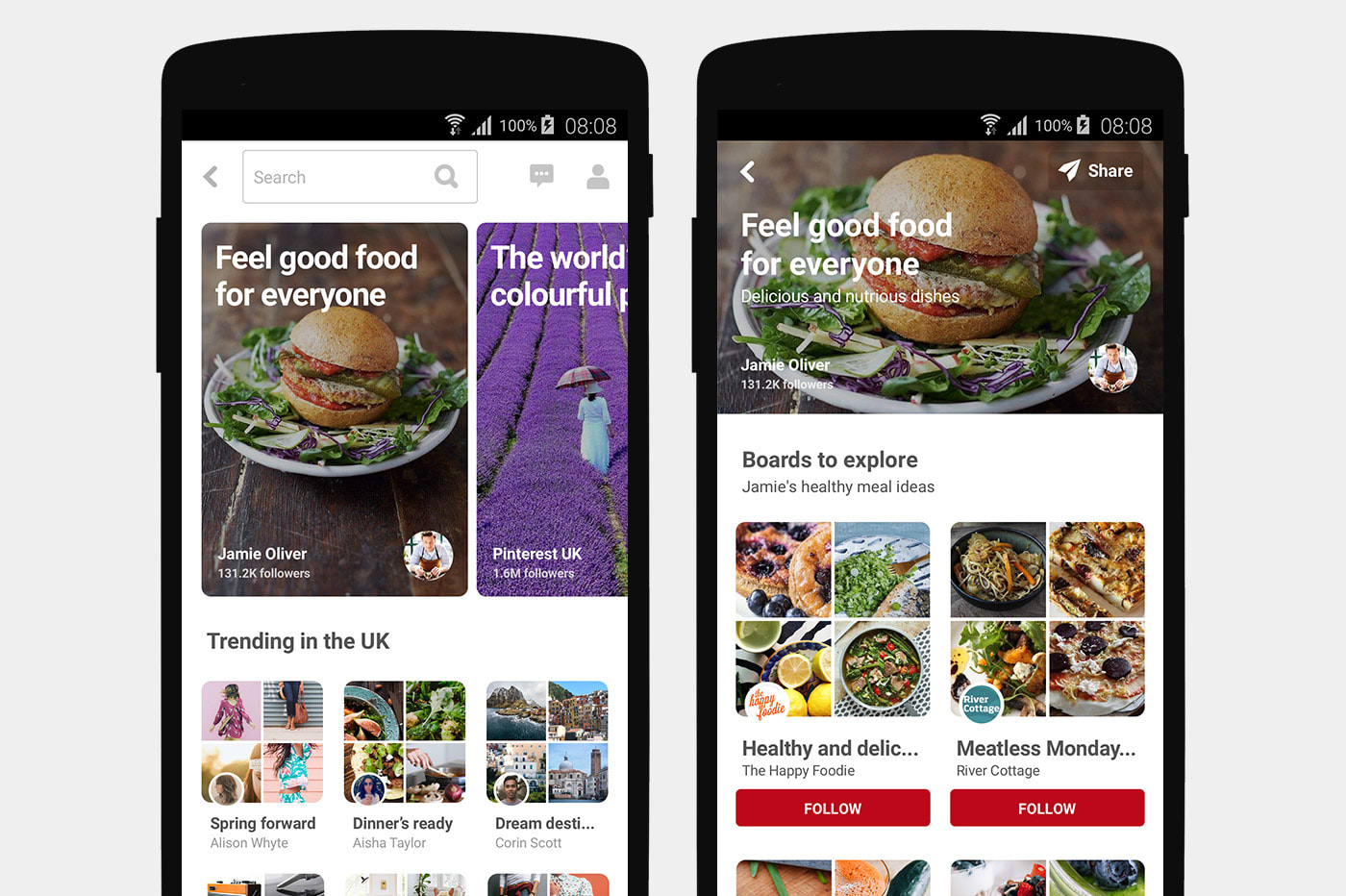 Pinterest says one of its most important challenges when it transitioned from desktop to mobile in 2012 was to become a global brand. Things are going well for the company then, since majority of its users are now from outside the US. Two-thirds of new sign-ups are from outside the country, and Pinterest expects its next 100 million users to come from outside the United States, as well. The service grew the most in Germany over the past year, where pinners tripled in number. Users in France, Brazil and Japan doubled, and the company observed a significant increase in sign-ups from Russia, South Korea and Mexico. In an effort to cater to a growing worldwide audience, Pinterest is launching a new section called Featured Collections.

When users tap the explore icon, it'll show local boards, topics trending in their countries and boards that might be relevant to their interests. For instance, someone from the UK might see style ideas from Burberry, while someone from France could see pins about singer Benjamin Biolay. Featured Collections is now live in the UK, France, Germany, Brazil and Japan. The rest of the world will have to wait a few more months to explore what their countrymen are currently into.

In this article: featuredcollections, gear, mobile, pinterest
All products recommended by Engadget are selected by our editorial team, independent of our parent company. Some of our stories include affiliate links. If you buy something through one of these links, we may earn an affiliate commission.