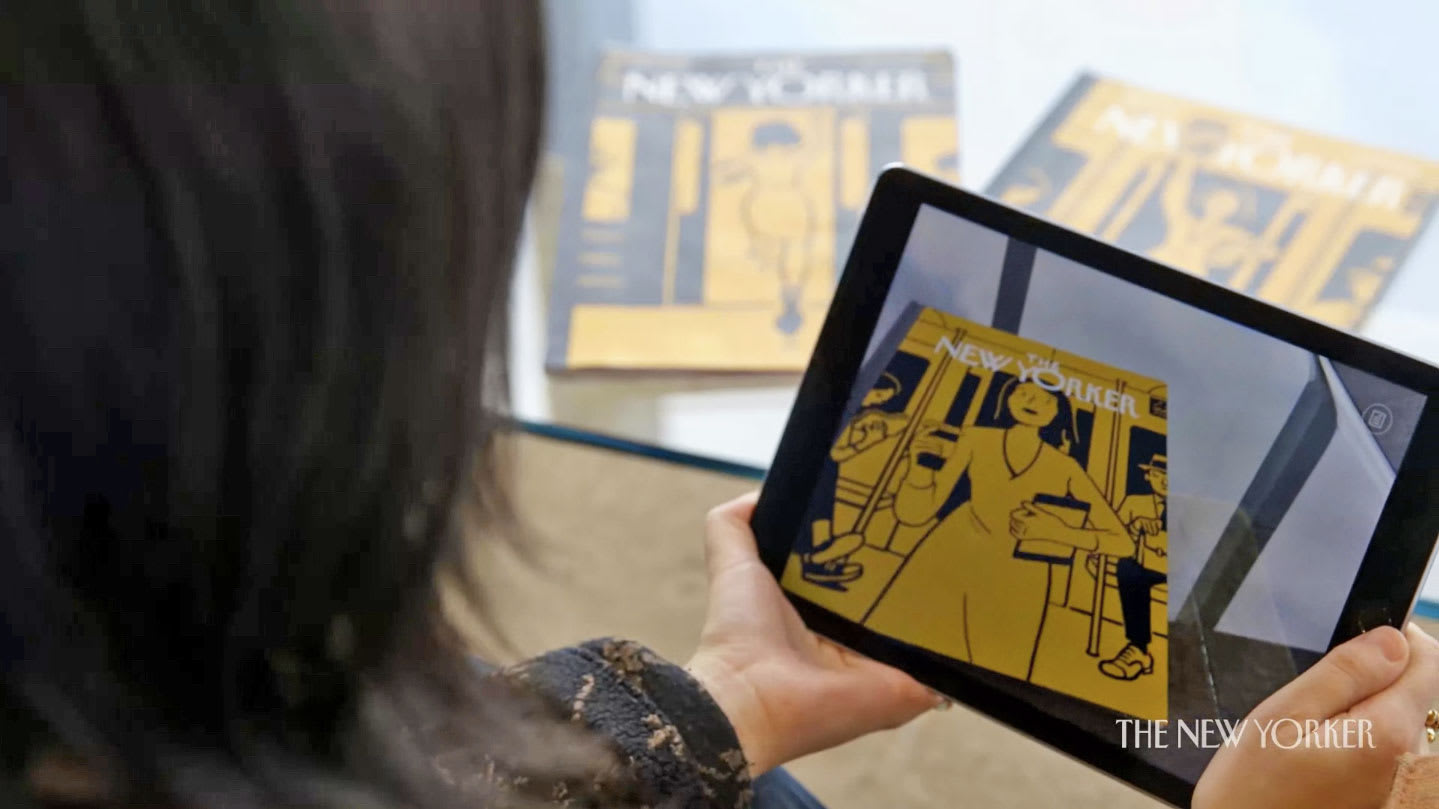 As far as attempts to supplement print media with technology go, there are some winners, some awkward gimmicks and some utter failures. But The New Yorker's latest cover, a collaboration between illustrator Christoph Niemann, Qualcomm and AR app maker Uncovr, looks to be firmly in the "winners" category.

To the naked eye, the front and back covers of the May 16th Innovators Issue fit the magazine's traditional, illustrated style. Open Uncovr's app on your smartphone or tablet and point it at the magazine, however, and the whole image comes alive in a 3D, animated scene. Observe:

"The idea of an augmented or virtual reality is inherent in any drawing—it's almost the definition of a drawing," Niemann said, explaining his concept. "If you create a world on paper, you create a window. Usually, you just break the surface with your mind, but you always have the feeling of: What if you could step into that world or if something could come out of it?"

"So between the front and the back cover, and the experience created by the app, I like that we could show essentially two different angles on the same world," Niemann continued. "Like stepping through a mirror."

Via: Recode
Source: The New Yorker
In this article: AR, art, AugmentedReality, business, christophniemann, culture, PrintMedia, TheNewYorker, TL16AR, uncovr
All products recommended by Engadget are selected by our editorial team, independent of our parent company. Some of our stories include affiliate links. If you buy something through one of these links, we may earn an affiliate commission.