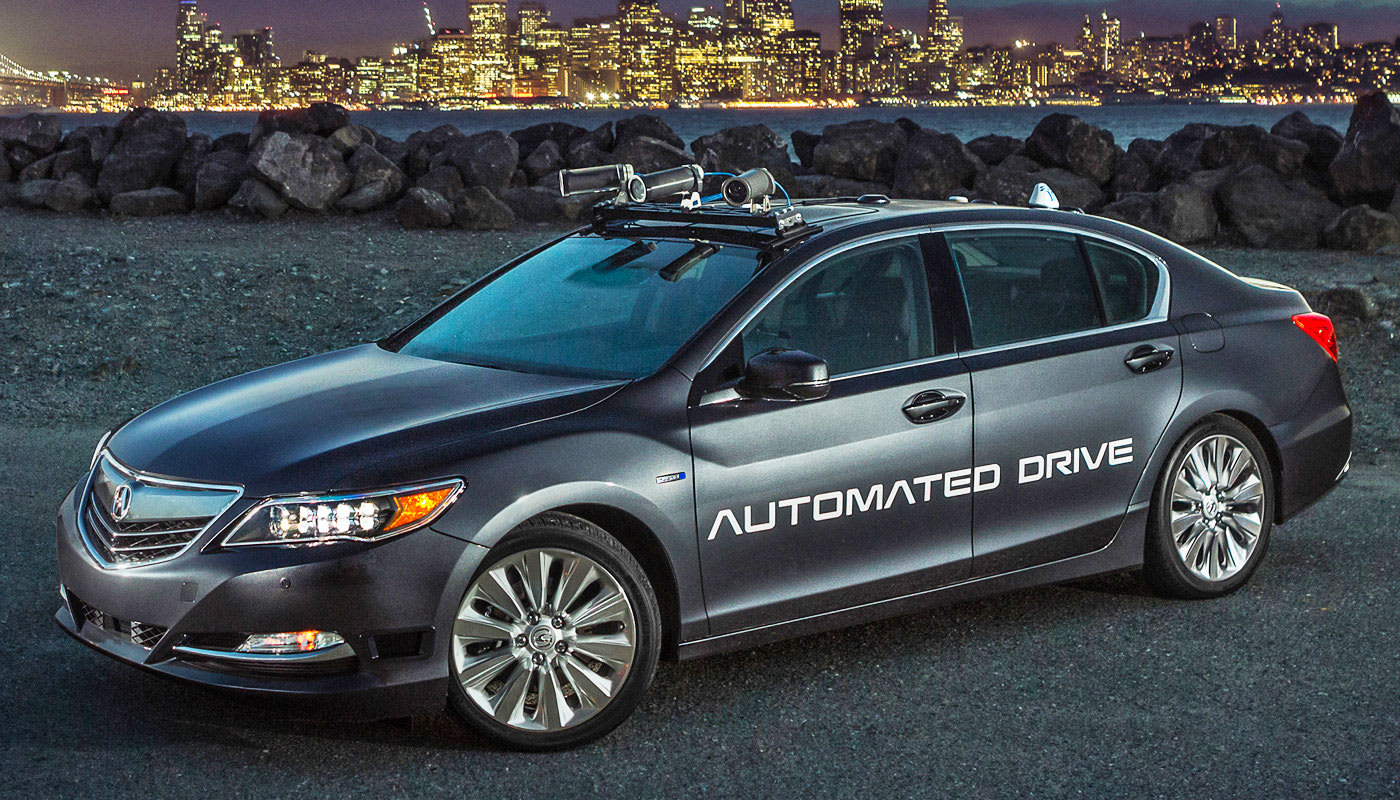 As we creep ever closer to an autonomous-car future, one thing is for certain, most of the driverless cars we see being tested look hideous thanks to all the sensors strapped to the roof. Today Acura introduced its second generation Automated Acura RLX Development Vehicle with updated sensors and a more pleasing aesthetic.

Gone is the spinning LIDAR system replaced with a more compact and robust version of the light detection and ranging technology. It's also got updated RADAR, camera, GPS and higher performance GPUs and CPUs as well as what Acura is calling "more intelligent software algorithms to support more complex testing scenarios."

Acura and its parent company Honda have been testing autonomous cars at its GoMentum Station in the Bay Area since last year with a specially outfitted RLX (shown in the video below with the spinning LIDAR system). This new car will replace that vehicle.

In this article: Acura, AutonomousVehicles, gear, Honda, robots, transportation
All products recommended by Engadget are selected by our editorial team, independent of our parent company. Some of our stories include affiliate links. If you buy something through one of these links, we may earn an affiliate commission.