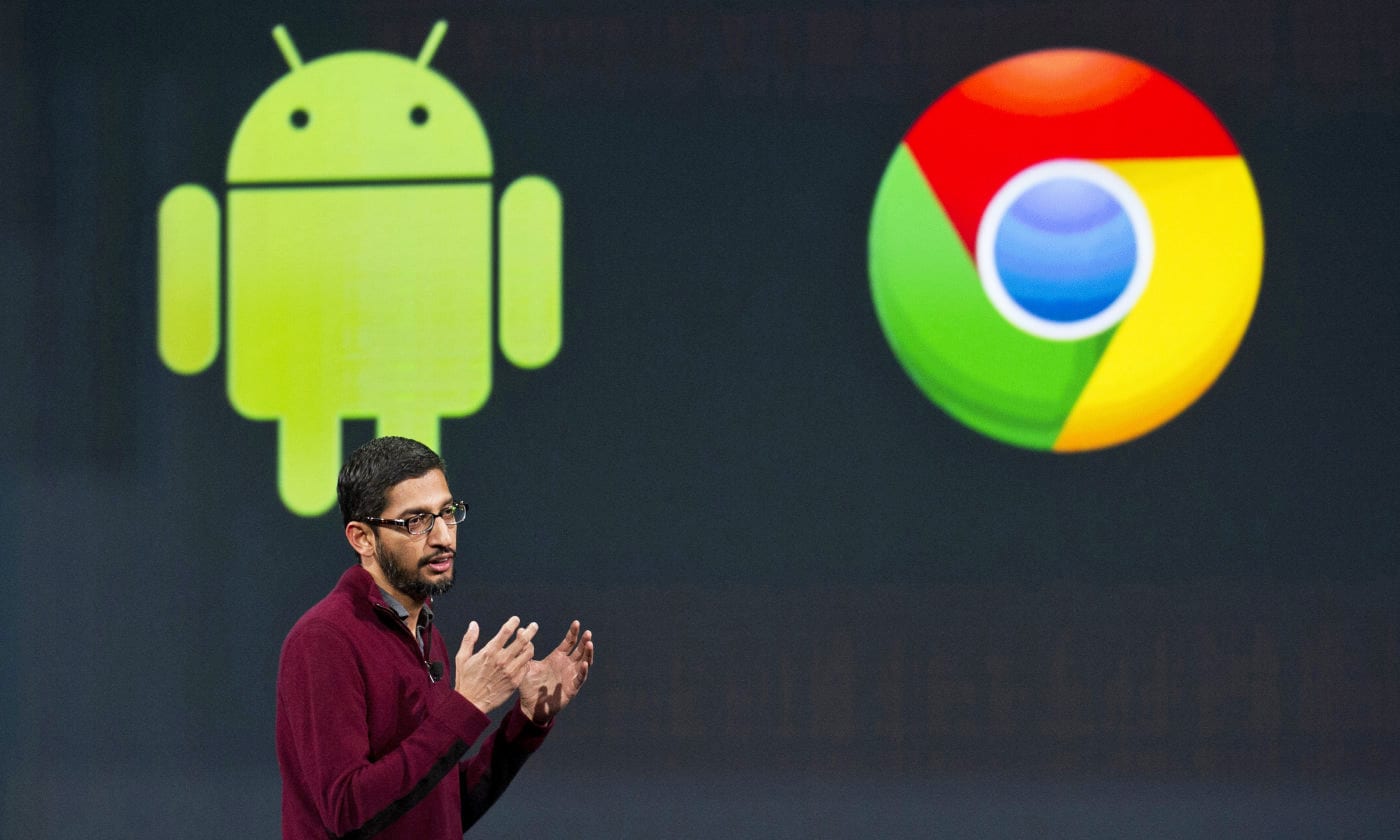 It wasn't mentioned during today's keynote, but we're pretty sure that tomorrow we're going to hear about Google getting Android apps, and the Play Store running on Chrome OS. In a since-updated I/O calendar entry spotted by 9to5Google, the company said, "Today we announced that we're adding the best mobile app experiences in the world, Android apps and the Google Play store, to the best browser in the world, Chrome!" In any case, this isn't a surprising development. Reports last year suggested that Google was working on merging Android and Chrome OS, and indeed, some Chromebook users have been seeing an option to enable the Play Store for some time now. While we wait for more details, developers at I/O have an incentive to arrive early: The first 50 are promised a free Chromebook for their trouble. 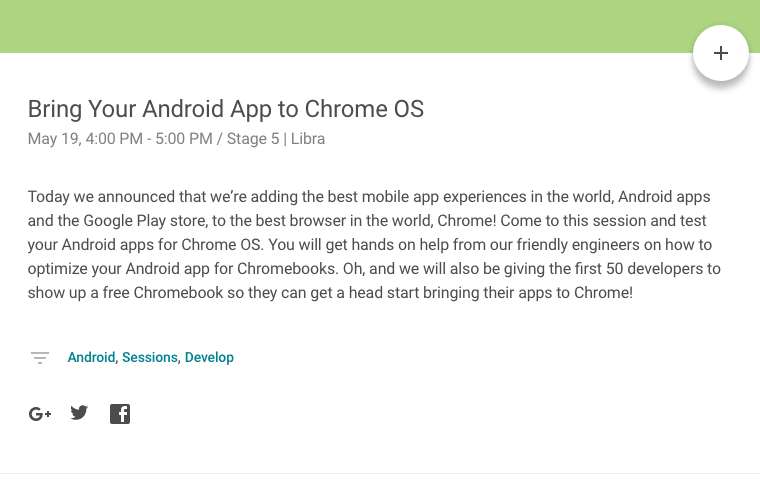 Source: 9to5Google, Google I/O Schedule
In this article: Android, apps, Chrome, ChromeOS, gear, google, googleio2016, mobile, personal computing, personalcomputing, PlayStore
All products recommended by Engadget are selected by our editorial team, independent of our parent company. Some of our stories include affiliate links. If you buy something through one of these links, we may earn an affiliate commission.