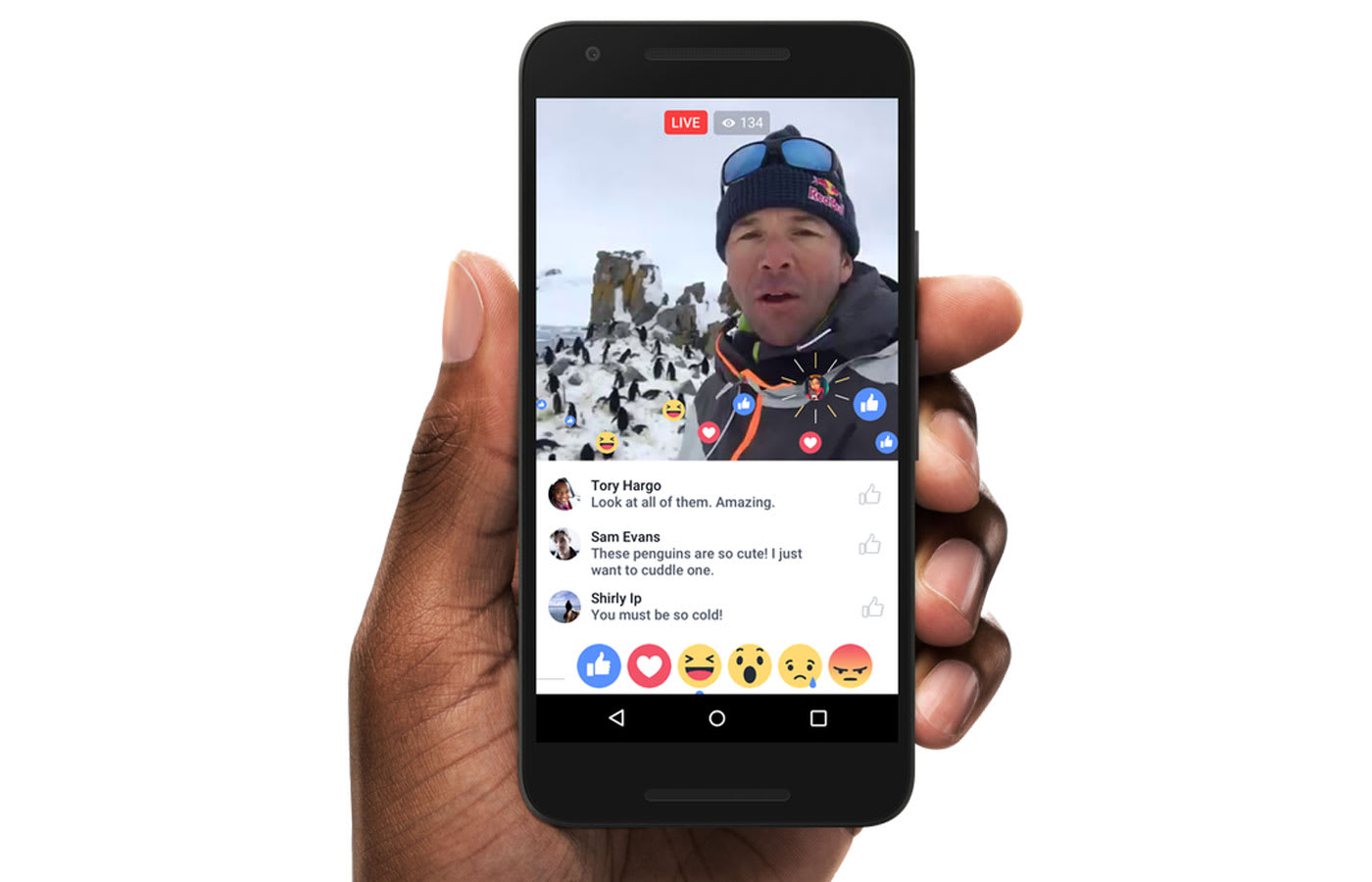 By now, you've certainly heard about Facebook's live video push. As the company continues to revise the live-streaming feature, new tools are being added on the regular. TechCrunch reports that the social network will soon let viewers skip straight to the good parts when replaying that footage. Based on reactions and comments, Facebook will show you when the best portions of a video take place in the form of a visual timeline.

If you're thinking that this looks a little familiar, SoundCloud offers a similar social-tracking tool for its audio player. Alongside the peaks and valleys of a song's dynamic, you're able to see comments from users about a specific part of a track. That doesn't mean you'll immediately now where the best verse is, but you're able to see what others had to say at an exact time rather than comments on the overall song.

Facebook says that two-thirds of Live video views are replays after a broadcast has ended. With that in mind, this so-called engagement graph is meant to help guide viewing by pointing out highlights, especially clips that are several minutes long. The company is also showing reaction replays in real time so that even if you can't watch live, you can gauge smiley faces and more as if you were. The feature is rolling out to select users now, but Facebook says the tool will remain exclusive to its live-streaming tool rather than making the leap to all videos hosted on the site.

Source: TechCrunch
In this article: culture, facebook, facebooklive, internet, live, livestream, livevideo, reactions, services
All products recommended by Engadget are selected by our editorial team, independent of our parent company. Some of our stories include affiliate links. If you buy something through one of these links, we may earn an affiliate commission.