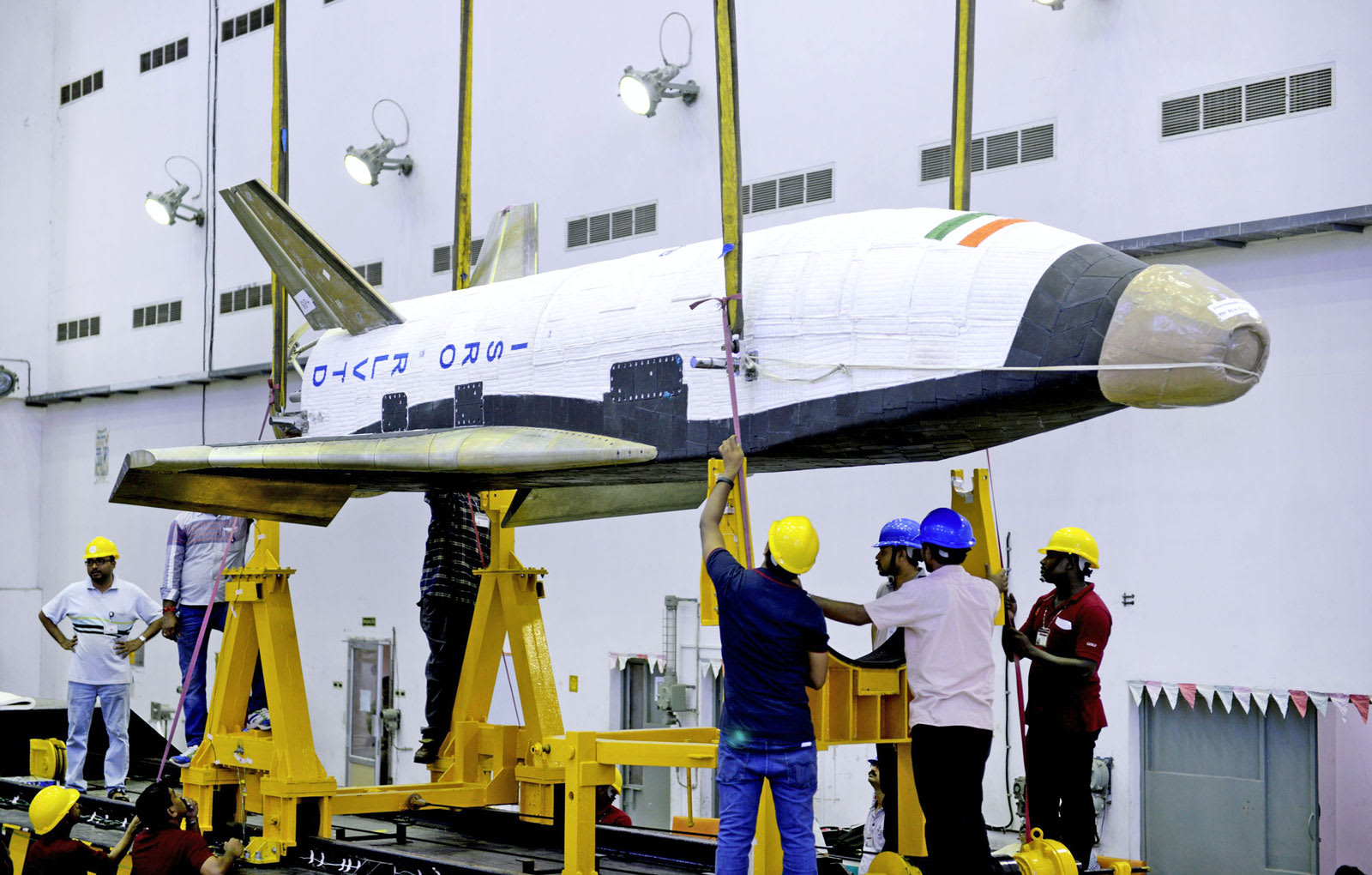 India's space agency is celebrating today after successfully launching and recovering RLV-TD, a prototype reusable space vehicle. The craft was launched at 9:00am local time and rose 43 miles into the air before gliding back down, making a safe landing in the Bay of Bengal. As promising as it sounds, the test craft won't be offering any passenger launches just yet, since it was a seven meter long scale model. Still, now that India has demonstrable proof that its shuttle design works, it could set its sights towards becoming a space power like the US, Russia and China.

A seven meter scale model of a shuttle may sound a little silly when Elon Musk's flinging full-size rockets into the sky, but there's logic here. India's space agency is famously frugal, with the five-year reusable shuttle project believed to cost as little as $14 million. It's not the first time the country has shown up its rivals with its low-budget smarts, either, having put a satellite around Mars in 2014 for just $72 million. By comparison, the budget for the film Gravity was closer to $100 million -- so a real Indian space mission cost less than a fake American one.

A reusable spacecraft is considered the holy grail for spaceflight entities who are looking to cut the costs of getting off the planet. NASA, ULA, SpaceX and Blue Origin are all working on reusable rockets as a long-term replacement to the space shuttle, which was cancelled in 2011.

Launch of India's first indigenous space shuttle RLV-TD is the result of the industrious efforts of our scientists. Congrats to them.

One of the reasons that India has been able to punch well above its financial weight in the space race is due to its considered approach. Rather than practical experiments, the country spends plenty of time scouring data from other countries space missions. That way, it can identify errors that entities like NASA and Roscosmos made previously and find shortcuts around them.

Via: Space Daily
Source: BBC News, NDTV
In this article: India, RLV-TD, science, Space, Spaceflight, Swadeshi, transportation, Travel, video
All products recommended by Engadget are selected by our editorial team, independent of our parent company. Some of our stories include affiliate links. If you buy something through one of these links, we may earn an affiliate commission.