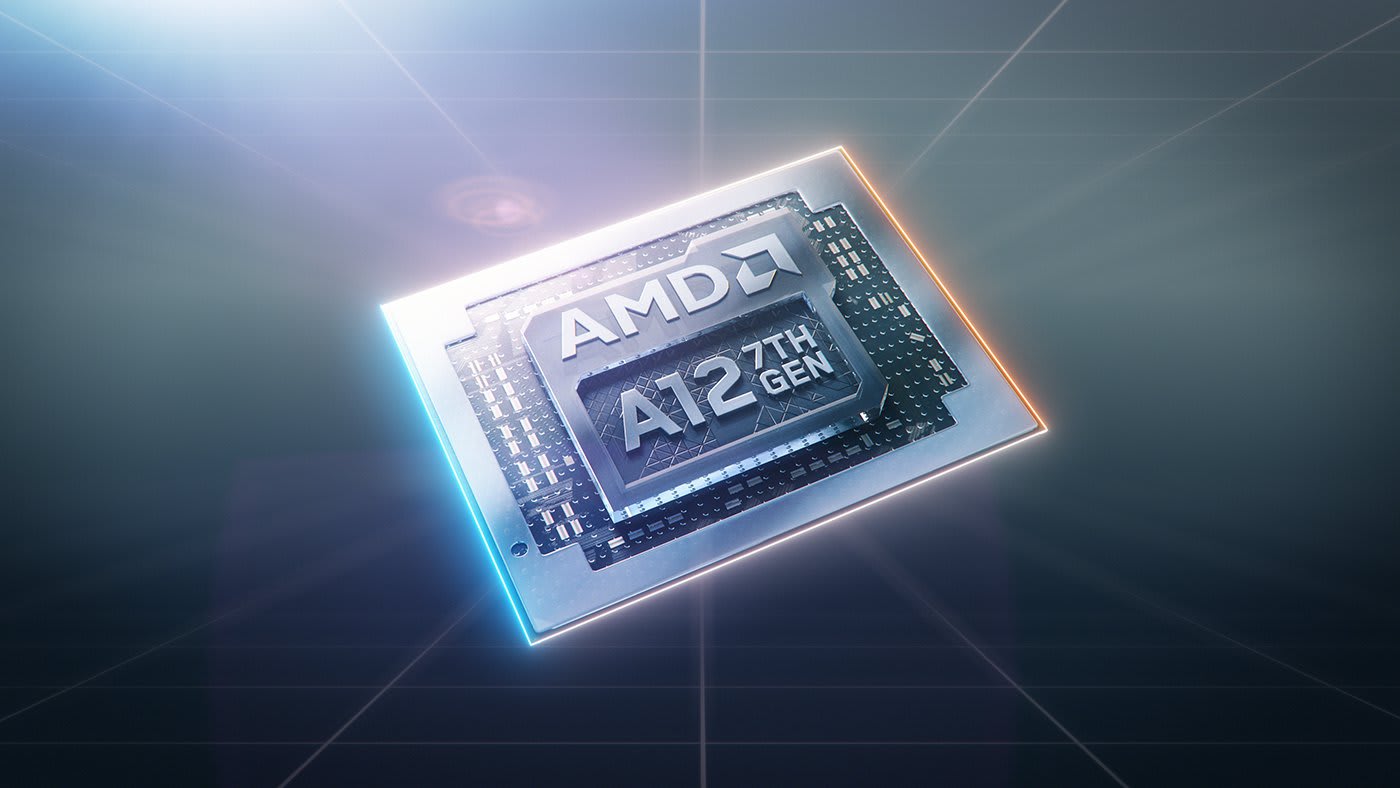 AMD has always been the cheaper alternative to Intel's processors, but with its latest generation of mobile chips, it's also aiming to close the performance gap. Announced at Computex today, the new high-end FX chips are 56 percent faster compared to AMD's previous generation of laptop processors, while its entry-level chips are 52 percent faster compared to the last-gen. And compared to Intel's fastest Core i7 mobile chip, the seventh-gen AMD FX offers 53 percent faster graphics and a 51 percent bump in compute performance. Basically, these are the laptop chips AMD fans have been waiting for.

As is usually the case with major processor upgrades, AMD also focused on power efficiency for these new chips. The company claims its high-end FX chips now use 12 percent less power than the last generation, and the latest A9 processors use 41 percent less power when playing local 1080p videos. At the lower end, AMD added "Excavator" cores to the new A9, A6 and E2 processors, which gives them a decent performance bump and makes them more efficient at playing HD video.

AMD says its new manufacturing process also allowed it to reach faster clock speeds with the chips. Its high-end FX 9830P offers 3GHz base speeds (with maximum speeds of 3.7GHz), while the lowest end E2-9010 is clocked at 2GHz (max up to 2.2GHz). The new A9 chip, which is being positioned as an Intel Core i3 competitor, gets max speeds 1.5GHz faster than the i3-6100U.

While AMD isn't talking about specific pricing details for these chips (it's not like you can buy them on their own), partners like Dell, HP, ASUS and Lenovo are already using them in new system designs. And of course, you can expect them to reach even more laptops (and some all-in-ones) throughout the year.

In this article: amd, computex2016, CPUs, gadgetry, gadgets, gear, personal computing, personalcomputing
All products recommended by Engadget are selected by our editorial team, independent of our parent company. Some of our stories include affiliate links. If you buy something through one of these links, we may earn an affiliate commission.